Alain Bieber: The Internet as the artist's digital workplace

The internet should be a basic right, according to the artistic director of NRW Forum, Alain Bieber. Young artists in particular work on digital platforms, where they use images and memes in their work. 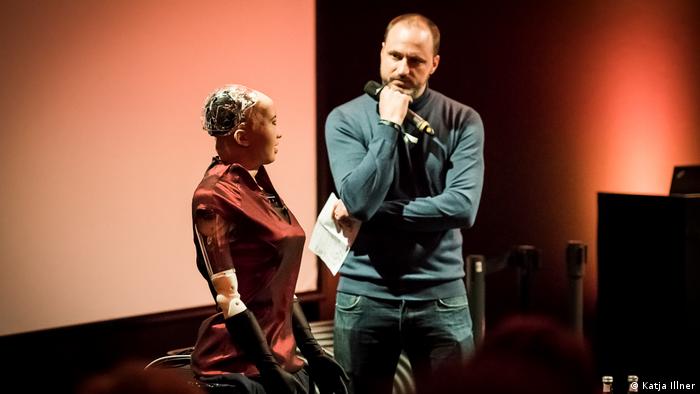 DW: Art plays a role in starting controversial and lively debates — just as much as journalism does. But populists and autocrats worldwide are rather opposed to this. Attacks on journalists have increased significantly in recent years. What is the state of freedom in the cultural realm in general?

Alain Bieber: Fine, but also partly cloudy, I would say. There are more disturbances, and the fronts are becoming more confusing. "Cancel culture" has become a new term of struggle. Once again, statues and monuments are being toppled, right-wing extremist conspiracy theorists like QAnon are becoming commonplace, the boundaries of what we are allowed to say are being pushed, and at the same time we are killing art with too much political correctness.

Bazon Brock once explained the problem nicely in a nutshell: "Truth is synonymous with insanity. That has been our experience, always. Anyone who thinks they are in possession of the truth is a psychopath." 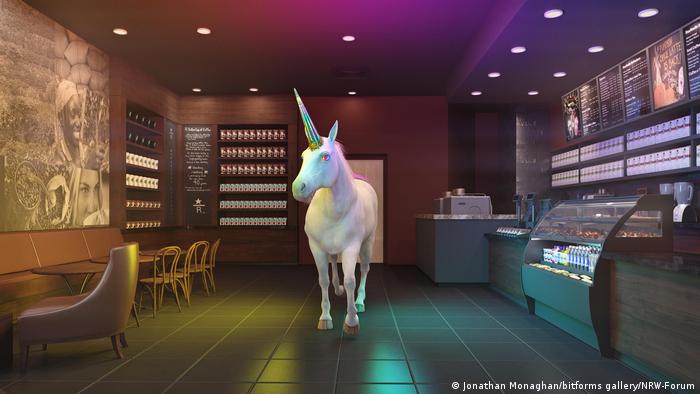 Disruptive innovations like digitization are fundamentally changing our world. Certain processes can drive creativity forward, but on the other hand they can also leave certain social groups behind. How can we achieve total inclusiveness?

We are included whether we like it or not. Take artificial intelligence, for example.

Regardless of whether we watch videos or films on YouTube, TikTok or Netflix, order on Amazon or chat on Facebook, we constantly face recommendation algorithms, and the systems learn from all the information that we as users happen to leave behind. Critical media literacy is much more important today. This is crucial for decoding digital disinformation, and also for understanding different companies' commercial objectives.

Museums like the NRW Forum have become interactive places for communication, integration and knowledge transfer. Does this allow for greater cultural participation among all social groups?

Yes, I hope so. Our approach has always been to present cultural knowledge in an entertaining way, in our exhibitions and events. We want to be an analogue and digital place where people meet and discuss issues – and that includes controversy. Our interdisciplinary program should stand for the highest artistic quality and cultural relevance – and yet it must also be accessible.

And with new projects like, for example, our platform for co-curation, nextmuseum.io, which is supported by the Federal Cultural Foundation and the Beisheim Foundation, we are working on democratizing the art world and turning visitors into curators. 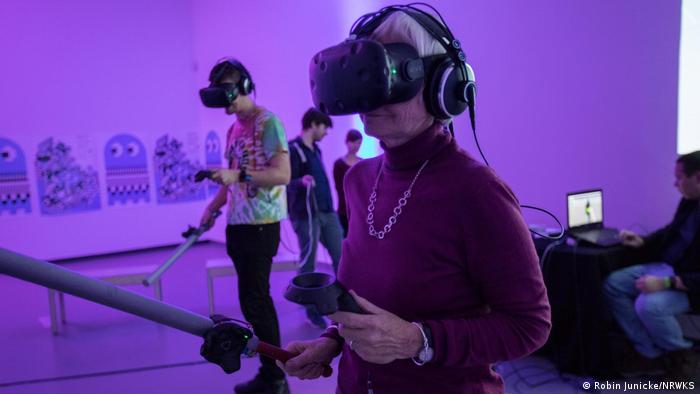 Artificial intelligence (AI) is changing the world at a breathtaking pace. The NRW Forum focuses a lot on the subject of AI. Is digital art the perfect mediator between the real world and the digital sphere?

The Internet is a basic right, a basic need, and it is a completely natural material for a younger generation of artists. They work with and on platforms, they use images and memes in their works, they question structures, they hack and use glitching? Art can always be a good mediator, whether it is digital or analogue, even between worlds. But the separation you mentioned doesn't exist: Of course, the digital world is also part of the real world.

Artificial intelligence can also be an accelerator of problems in our society. Artists and data-activists like Joy Buolamwini have used science and art to make us aware of social consequences. To what extent does work in the field of AI need to be interdisciplinary?

Interdisciplinarity is extremely important in AI. We should not leave the world just to the developers – and we should be careful not to reinforce a Eurocentric worldview. It would also be damaging if we let ourselves be guided only by economic interests. The dominance of the US and Chinese AI-companies is already a threat. We still need to have a lot of scientific, artistic and ethical debates on this topic.

Media artists work on similarly sensitive topics to journalists, shedding light on issues like the violation of human rights. How can culture and media institutions contribute to protecting both groups and what they produce?

Cultural and media institutions protect critical journalists and artists, but they also have to be protected themselves — especially from political influence or economic pressure. For example, the organization "The Many" helps institutions that are attacked or questioned by right-wing populists. These are very important undertakings that ensure that freedom of art also has a future.

Alain Bieber is a German-French culture manager. He is the artistic director of the NRW Forum Düsseldorf and co-founder of Rosy DX, a studio for digitality. For around 20 years he has been organizing events with contemporary artists, mainly in the area of Internet and media arts, pop culture and photography. Bieber studied rhetoric, literature, sociology, communications and political science in Tübingen and Paris. He led the creative lab ARTE Creative in Strasbourg and was an editor at ART magazine in Hamburg.