Amitabh Sinha: the future of news is digital - and dangerous

Amitabh Sinha, editor at The Indian Express in Pune speaks to DW on how his local news outlet dealt with the corona-crisis, and how journalists gained respect during the pandemic through digitization. 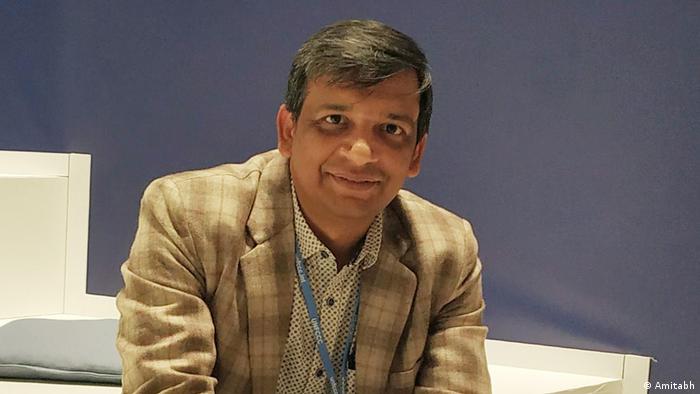 DW: How were you and your journalistic staff affected by the corona-crisis in your work?

Amitabh Sinha: My team in Pune was asked to work from home as much as possible. The reporters of course, continued to go out for essential work.  Those not reporting on the epidemic such as our crime reporters or feature writers needed not to go out. But the photographers were constantly out in the field, as they normally are. The first priority for reporters and photographers was to protect themselves and their families. And they were also told that if any of them were not comfortable going out or that their families had concerns, then they must not go.

I am very happy and satisfied to note that the team’s response to the crisis has been exemplary. They had to put in much more effort, work seven days a week, and many more hours than they normally do to bring the stories. The coverage did not suffer as a result of the crisis — in fact it improved. And no, we did not need to expand the editorial team. 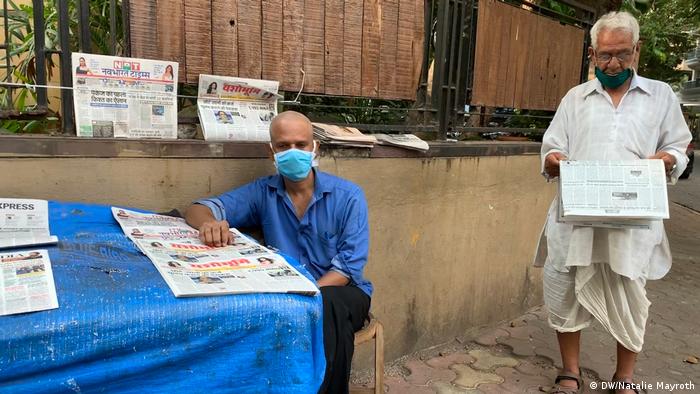 Newspaper sales have suffered in India during the COVID-19 pandemic

What lessons did you learn during these months?

For many things regarding this pandemic, reporters had to rely solely on government information. The case count, for example, or the death count. Governments – local, regional, and national – were the only source of information, and there was no way to verify information from other sources. So, sometimes we had to look for new sources. We regularly visited cremation grounds, for example, to check how many dead bodies were being brought in, and whether it correlated well with the information the government was putting out.

Scientists and health experts — independent as well as government-affiliated — were routinely consulted while planning and executing stories. A fair amount of crowdsourced information also had to be relied upon.

This has been probably one of the most data-rich news events that we have ever seen. Most of the stories about the pandemic had at least some amount of data interpretation involved. Many reporters learnt new skills related to data interpretation and visualization while reporting these stories. Charts, graphs, pictorials were regularly used with stories, not just on digital platforms but also in print. 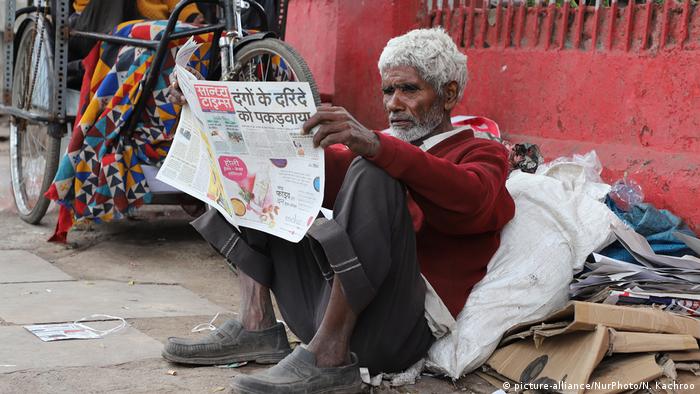 During lockdown, newspaper deliveries were stopped, forcing people to turn to digital platforms

Did the corona-crisis affect the pace of digitization at your media outlet?

Yes, due to lockdown restrictions, newspaper delivery almost stopped in many parts of the country. That prompted us to push the newspaper through Whatsapp and email groups to our readers, and they were encouraged to circulate it further ahead.

PDFs were being distributed freely. We are still continuing to do that. Besides, for about two months, we also freed up access to e-papers on the website. Several newsletters have been initiated. The result has been that the newspaper has been reaching out to a lot many readers during the pandemic than before.

Is India restricting freedom of the press in Kashmir?

How can the increased demand for quality journalism be guaranteed for after COVID-19?

The demand for quality journalism is independent of the pandemic. The crisis in the media predates the health crisis that is around us now, and it is largely a making of our own. But that is an entirely separate discussion.

During the pandemic, however, journalists, in general, have given a good account of themselves. Amidst job losses, salary cuts, and great personal risks to themselves, they have gone out and told important stories about the pandemic.

What future perspective do you see for this digitization boost in journalism?

In general, people have been welcoming and appreciative of the digital push that we made during the pandemic. For the industry, however, monetization of digital content continues to remain uncertain.

Amitabh Sinha is the Resident Editor of The Indian Express in Pune. He has spent 20 years in journalism, and has worked for Press Trust of India, Reuters, and the BBC before joining The Indian Express in 2007. He writes mainly on issues related to science and technology, environmental governance, climate change, space and nuclear affairs.

India-administered Kashmir has been under a strict lockdown in recent weeks after New Delhi revoked the region's special status. A Kashmiri journalist has now been prevented by authorities from flying abroad.

For the past seven months, social media sites have been blocked and internet access restricted in India-administered Kashmir. However, authorities are now able to track internet users.