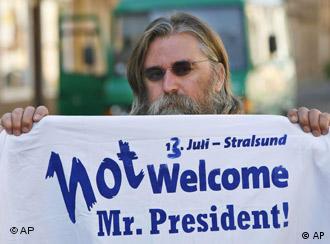 It's the president, not the people, some Europeans have a problem with

When the world thinks of America, they tend to think of our leaders. I feel that is a huge mistake. George Bush has indeed hurt our reputation around the world with his cowboy attitude. The American people are warm by nature and we care about others. It is true that after Sept. 11, we rallied around our leaders because we were hurting. Now, our leaders' policies do not represent the voice of America. I would like Europeans to know that it is our leaders, not the people who have opened a hornets' nest in the Middle East. -- Chris Hahn

It is my belief that the reason Americans fill uneasy is because most have woke up and found out we are not God. We are not a superpower. A superpower is both militarily and morally strong. A superpower would not try to force its ideas onto others, especially one that is suppose to be based on freedom of belief, freedom of speech, freedom of religion and self determination, yet as American we should feel uneasy because we have strayed away from those ideas. -- Randy Cline

I lived in Chicago for a number of years before eventually going to the east coast, before coming to Germany. I must say that overall I feel safer in Germany than I did in some places in America. In Chicago one has to fear being mugged or worse. Since the attacks on Sept. 11, I don't think anyone has any illusions that our own land is better protected than any other. My sister told me a day of the attacks that it looks like war and I should come home where I will be safer. I told her I would stay here where it is safer. I have only had one incident that I can relate to being "anti-American" and it came actually from a "friend." So I would say from my experience any feeling of anti-Americanism is probably overrated. -- Andy Sporner

I am from the US, which may turn one off to reading my opinions on homeschooling, as it has become quite acceptable as a choice in education. For me, it clearly boils down to a choice made by parents for their own children. No government should have rights over parents, except in cases of abuse and neglect, where someone must intervene for the safety of the children. Homeschooling is loosely-stringently regulated in the US, depending on the state that one lives in. There may be cases of poor homeschooling, but most statistics show positive results. There will always be cases of poor parenting, but the educational system cannot change everything. Parents in Germany should have the right to choose how they wish to educate their children, whether public, private, or via homeschooling. I can say from experience that many will not choose homeschooling if it is made legal -- it is a difficult road. Most who do choose such a path will have a determination to provide a good education for their children and will find a way to do so at home. -- Krissi Wyss

Do homeschooled kids loose out on interaction with others?

I do not think that Germany should allow homeschooling. We already have a huge problem here with immigrants (please remember that I am an immigrant myself!) -- especially women and children -- being kept at home by their male relatives due to religion and cultures that they have brought with them and therefore those women and children cannot speak basic German and know virtually nothing of their rights or obligations in Germany. In addition to basic education, going to school is an absolutely vital mechanism to socialize children -- to simply get them used to dealing with other people who are not their immediate family members. I have already been alarmed for years at the sheer lack of social skills which children whose mothers stay at home full-time to care for them have, and that is largely due to inadequate contact with other children and other people in general. I have friends in Australia who were solely educated at home, and they took literally years once they became adults to acquire basic social skills and relax in "public" company -- they found it very stressful to meet and mix with people they did not know, and they found that they did not know the "rules" of human social interaction which obviously everyone around them did know. Given that the majority of schools in Germany have only half-day schooling anyway, why on earth can't parents who want to "home-school" their children here do it in the afternoons? -- Trina Mell, Australian living in Germany

In my opinion, it is not a very good idea to introduce homeschooling. This is basically denying the children their right to intermingle for a general personality development. Homeschooling would make them stereotypes. The German government should instead introduce a broad curriculum in the schools including the subjects involving religion. Those interested will then have the choice to opt what suits their needs. -- Peer Zada 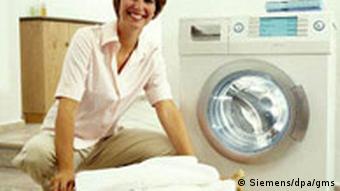 Why doesn't this lady simply follow her own advice: shut up, go home, and take care of five kids (adopted, if need be)? Nobody is stopping her! Why is it that there are always women like her who are trying so hard to please men that they don't mind making every other woman's life miserable? Feminism doesn't stop any woman from being as "feminine" as she wishes to be. Feminism just wants women to have a choice -- which is only right and fair! As for what's good for society: just look at the countries where women have no rights. Would you really want to live in one of them? There is a reason why they usually are in poor shape: they are ignoring or suppressing the talents of half their population. -- Inga Schwarzkopf, USA

This dear woman is very much on the right track. Men would do anything for women with this aura and philosophy. Feminists have set back European and US women. Yes, bring it on -- far less words, and much more Tupperware! -- Howard Fleischer

Sept. 11 shook Americans inside and outside the US. For those abroad, "home" had suddenly become unsafe. Five years on, ex-pats in Germany and other European countries still feel uneasy --because of anti-Americanism. (Sept. 4, 2006)

A Hamburg family wanting to homeschool their children have been forced to flee the country in what lawyers say is not a unique case in Germany. Parents are now turning to the European Court of Human Rights for help. (Sept. 6, 2006)

What do women really want? Definitely not a career, says a former German TV news presenter. Her controversial new book -- "The Eva Principle" -- encourages women to stay where she thinks they really belong: by the stove. (Sept. 6, 2006)