Gianluca Costantini is an Italian artist, activist and illustrator. He hopes to empower citizens by raising awareness of global injustices and human rights violations, especially on freedom of expression and the press. 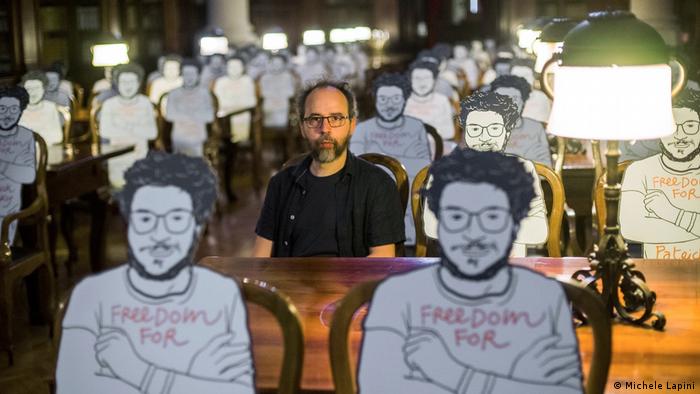 Gianluca Costantini’s art installation “Sitting next to Patrick Zaky” in the University Library in Bologna. He is calling for the release of the student Patrick Zaky who is detained in Egypt.

Gianluca Costantini is the creator behind this issue’s cover. The cover refers to journalists who are facing assaults and arrests while performing their duties. 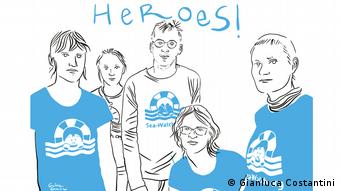 "I'm trying to create art which has an impact on the system and which tries to change it — or at least question it." In some of his drawings, Costantini calls on governments to release imprisoned journalists. This has led to some of his art being censored online by the Turkish government. "I look for art that has a strong intersection with communities, that shares and doesn’t impose anything. Art to me is a way to travel among hardship, a different way to work on politics and society. Art is a tool that prevents me from looking the other way. I'm an artist and an activist at the same time, I like the term artivist. I use the practices of activists and I support them, but I'm always an artist," says Costantini. 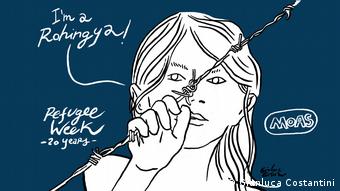 The 'artivist' has also worked together with NGOs such as Amnesty International, Oxfam, several human rights festivals and Words Without Borders. In 2017, he was nominated for the European Citizenship Awards. In 2019, he received the Art and Human Rights Award from Amnesty International.

More of his works can be found in this edition and on his website: gianlucacostantini.com