Brazilian journalist Patricia Campos Mello wants Facebook and other social media platforms to double-down on their efforts against hate speech. The Folha de S.Paulo journalist has been facing threats for years. 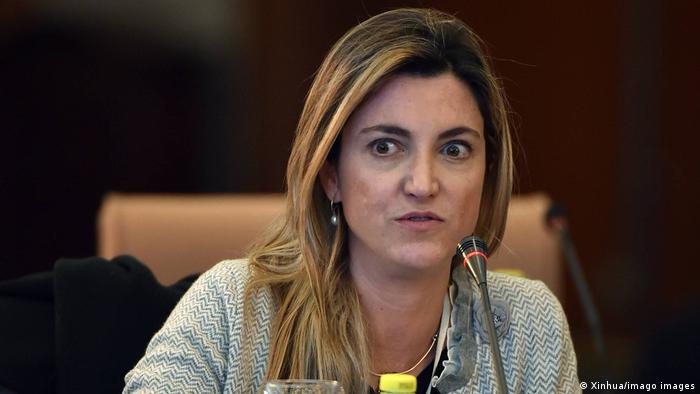 DW: Ms Campos, you have repeatedly become the target of hate speech attacks since 2018 when you investigated a WhatsApp campaign in support of Brazilian President Jair Bolsonaro. Does it take more courage to do your job in Brazil than before when you used to report from conflict and war zones?

While I was reporting from Syria, Sierra Leone or Afghanistan, I was in a privileged position. I had left my home voluntarily to cover an angle of a conflict or pandemic, and would then go back home. The real targets were the civilians living in those countries, who did not have the option of leaving.

Nowadays, journalists in Brazil are the targets. Of course we cannot compare this to a war situation, where people are dying. But journalists are constantly attacked online and on the streets, physically and verbally, are subject to defamation campaigns by government officials, and to judicial harassment.

In 2020, Twitter's offices in Brazil came out in your support, comdemning the harassment campaign against you. Should Twitter, Facebook and other social media networks do more against hate speech? And if so, what should they do in concrete terms?

In 2018, when the attacks started, Facebook was not helpful at all - even though I explained that tons of fake content about me was being disseminated, they said they couldn't do anything.

In 2020, Twitter was more proactive, whereas Facebook and other social media platforms were still very slow to react. I definitely think they need to do more regarding hate speech. I think they are not investing enough resources to counter hate speech, be it AI or real people to moderate.

How can media organizations around the globe strengthen the journalistic spirit and create solidarity under these circumstances? Would greater proactive commitment to Media and Information Literacy (MIL) help audiences to resist the kind of manipulation of public opinion that autocrats and despots aim to create?

Accurate and careful reporting is always the best answer. And reporting about attacks on media freedom is part of that approach. And yes, we also have to make clear and educate people about the distinction between facts and opinion.

Patrícia Campos Mello is a Brazilian journalist. She works at Folha de S.Paulo as a news reporter and columnist. In 2020, Campos Mello received the Maria Moors Cabot Award from Columbia University. In 2019, she received the International Press Freedom Award from the Committee to Protect Journalists. The journalist gained prominence in the context of the 2018 presidential election in Brazil when she signed a report on alleged electoral crimes in the campaign of candidate Jair Bolsonaro. She published that there was illegal funding for the Bolsonaro campaign on social networks conducted by party entrepreneurs.

Fact-checking in Brazil. By Philipp Lichterbeck

Brazilian President Jair Bolsonaro believes COVID is a joke - but entertainer and YouTuber Felipe Neto is not laughing. He's taking the South American leader to task online, resulting in many followers and haters alike.