Burak Yilmaz: No tolerance for intolerance

How can we bring radicalized people back on track? Educator and author Burak Yilmaz on how to catch the problem of racism and antisemitism from an early stage on. 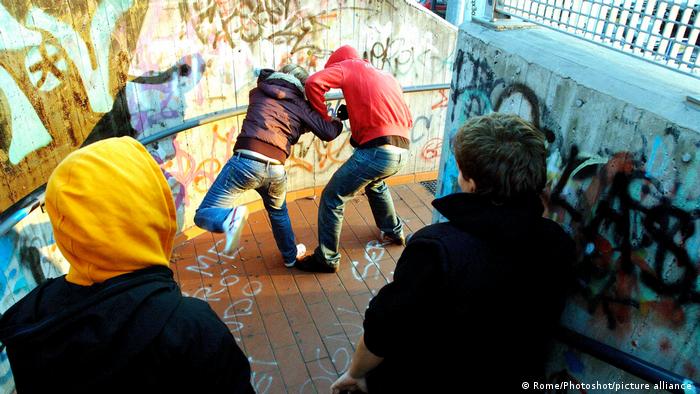 DW: You have been highly commended for your work as an educator for breaking new ground in tackling radicalization with projects in youth prisons and theater workshops at schools. What is the rationale behind your approach?

Burak Yilmaz: My approach is to be there before radicalization: to work preventively, give food for thought and show alternatives to black and white thinking. Young people need spaces where they can learn critical thinking and argue respectfully about sensitive issues like education, racism and antisemitism. They need to feel that their feelings and fears about the future are being taken seriously.

You train police officers on racial profiling and discuss role stereotypes and conspiracy theories with young people. How do you promote tolerance and freedom of opinion and where are the limits?

It is important to establish a respectful culture of debate. Talking from different perspectives about topics that move people. This also includes topics such as racism and antisemitism. These phenomena attack our ability to coexist. It is also about the limits of freedom of expression. Racism is not an opinion, it is inhuman. I am not tolerant of the intolerant. They don't want to discuss, they want to divide.

With your work in police training, what perspectives have you encountered there, and do you feel that you can build a bridge between the police and minorities?

I have met police officers who took the topic of racism seriously. But then I have also met that officers on duty have hardly any competence to recognize racism and act accordingly. We need a different awareness. Since the right-wing terror attacks in the German towns of Halle and Hanau, many affected communities have been shaken in their sense of security. At the moment, I feel that people are suspicious because they think the police do not want to deal with the issue of racism.

In order to counter antisemitism, you visit with young people the Auschwitz memorial as part of the project "Young Muslims in Auschwitz". What are the reactions to the project and where do you see resistance?

So far, the response to the project from the Muslim community has been very good, which was not always the case and used to give me a lot of headaches. Now, many realize that they share common ground with the Jewish community. Both groups are afraid of right-wing violence and belong to a stigmatized minority. This can create solidarity.

You just published a book on antisemitism in youth culture. How important is remembrance culture for the basic democratic values of societies and is it neglected in today's democracies?

A self-critical culture of remembrance that deals with racism and antisemitism and their consequences for our lives today is fundamentally important for a democracy. Coming to terms with history and taking a critical look at which mechanisms are still at work today is one of the main tasks of a democracy. This must never stop.

Conspiracy theories on social media fuel exclusion and hatred and endanger social cohesion. How great is the danger and how can we counteract this trend?

Conspiracy theories divide the world into good and evil, they create enemy images and this hatred mobilizes the masses, as we saw during the COVID pandemic in Germany. We need both, media and information literacy and an appropriate way of dealing with powerlessness – something which many people feel. We cannot let powerlessness tip over into violence. I may not be able to change the world, but at least within my own sphere I have some power to change things.

Absolutely! Anti-Semitic videos have been circulating on all platforms for months. Enemy images are being built up, there are even calls for extermination. Platforms like Instagram and TikTok must take the fight against hatred of Jewish people seriously. There must be no room for hatred and incitement. Many more digital campaigns against racism and antisemitism are needed. I see this as a corporate duty for Instagram, Facebook and TikTok.

How important is exchange between disciplines in the fight against fundamental ideologies – for example between the media, media literacy, teacher education and culture?

If we want to fight inhuman ideologies such as misogyny or antisemitism in a holistic way, we need comprehensive cooperation right down to the last corner of our society. Racism, misogyny and antisemitism are everywhere. And therefore, democrats also have to be everywhere, so that everyone feels safe in our society. 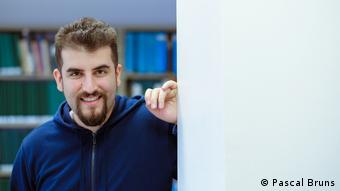 Burak Yilmaz (34) grew up in Duisburg, North Rhine-Westphalia, as a post-migrant. His educational path – elite Catholic grammar school, Koranic school, university. For his commitment against racism and antisemitism, as well as for promoting an inclusive culture of remembrance, Yilmaz was personally awarded the Federal Cross of Merit by Germany's Federal President Frank-Walter Steinmeier.


This interview was contributed by Martina Bertram.