Deutsche Welle: Destination Culture is back for season 2

Stunning scenery, history and traditional food are on the menu as DW strikes out on a second season of the travel series, Destination Culture – Exploring Germany, featuring Brandenburg,Thuringia and Rhineland-Palatinate. 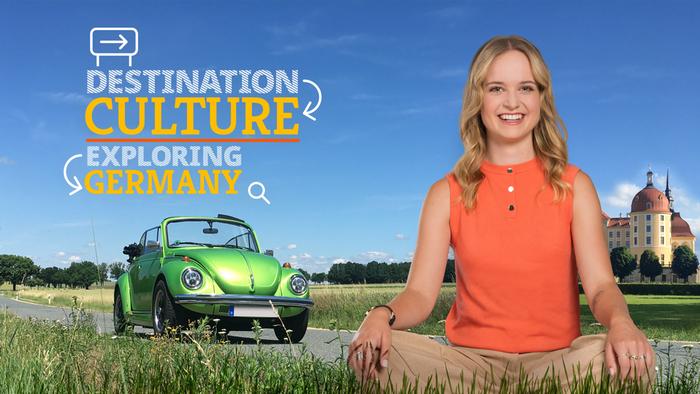 The binge-worthy first season saw presenter Hannah Hummel tour around Saxony in her green beetle. In season two, the German-Scottish presenter is joined by DW presenter Lukas Stege as the two team up to explore the three German states of Brandenburg, Thuringia and Rhineland-Palatinate. The three-part series will highlight Germany’s cultural and natural wealth, pristine castles and checkered past.

Hannah Hummel: "This second season really gave us the opportunity to explore more of what Germany has to offer - more castles of course, but also diverse landscapes and cultures. On a personal level, I love to show a global audience so many parts of this country that I now call home!"

Season two kicks off in the state of Brandenburg, making its first stop in Potsdam, the city of UNESCO World Heritage sites. Episode one features the Sanssouci Palace, named after the French phrase "sans souci" – without worry – where King Frederick the Great used the palace as a place of relaxation rather than a seat of power. Before ending the first leg of the Brandenburg trip, we are treated to a paddling adventure along the romantic forest and picturesque waterway of Spreewald.

Episode two, set in the state of Thuringia, delves into the fascinating history of Wartburg Castle. We discover more about this UNESCO World Heritage site where the famous Protestant Martin Luther secretly translated the Bible while in hiding in 1521. The travel continues in the world-famous city of Weimar, home to German poets Johann Wolfgang von Goethe and Friedrich Schiller, where viewers learn how the historic city emerged from the shadow of the Nazi regime.

The new season will also feature another fairy-tale destination, the Eltz Castle in Rhineland-Palatinate, to find out what it is really like to live in a place considered to be the most beautiful medieval castle in Europe. On the final leg of their journey in the state of Rhineland-Palatinate, Hannah travels the length and breadth of the Rhine Valley by train, taking in the vineyards, as Lukas tracks the river Moselle on bike.

Part 1: Brandenburg airs on DW TV November 26, Part 2: Thuringia on December 3, and Part 3: Rhineland-Palatinate on December 10. It is also available on the YouTube channel DW Travel.