Peter Limbourg was appointed Director General of DW in 2013 and was reappointed to a second six-year term in September 2018. 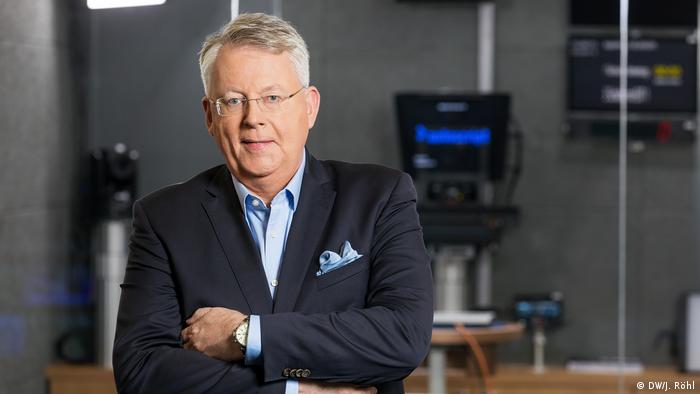 Since he took office, Limbourg has initiated a series of changes in order to better equip Germany’s international broadcaster for a digital global media landscape. The continued relevance of television is being underlined with four linear channels, led by the flagship English-language broadcast, featuring targeted regional daily news programs for audiences in Asia and Africa. Another major focus is the ongoing digitization of DW's media content in thirty-two languages with a determined shift to online and social media content. Limbourg has encouraged innovation at DW through the implementation of lab development processes and other cross-departmental and multilingual journalistic projects and has been an outspoken advocate for freedom of the press and gender equality in journalism.

Under his leadership the role of DW Akademie has been strengthened by expanding educational programs worldwide, thus making the DW Akademie a global source of expertise in the field of media literacy, enabling journalists and media consumers alike to navigate the vast number of media sources and to separate objective reporting from propaganda.

DW Akademie is also meeting the challenges of promoting media development, which has become more important than ever, with an innovative and interdisciplinary approach. Today, DW Akademie is working in 50 countries around the world, with sustainably designed programs including the consultation of governments, professional associations, press councils and media organizations on frameworks.

Peter Limbourg studied law in Bonn and later chose a career in journalism. He worked as a correspondent in former East Germany, London, Bonn and Brussels before he was appointed editor-in-chief of N24 (now WELT). Later, Limbourg became senior VP News & Political Information for ProSieben Sat.1 TV Germany. He was also anchorman of SAT.1's main newscast for several years.