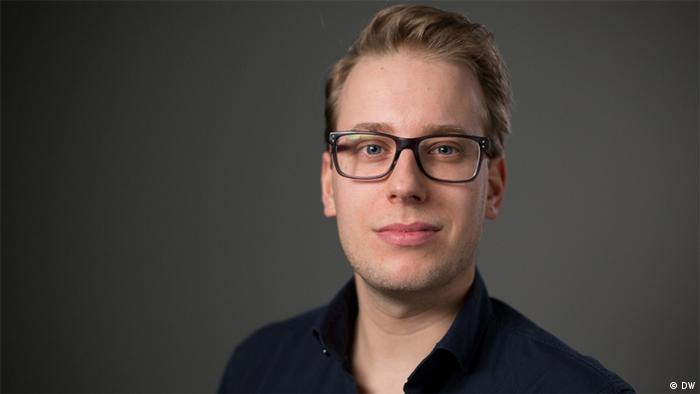 We caught up with Tim Klimeš, Head of Documentaries, as he spoke about the department strategy and DW's latest film "Music Under the Swastika" coming out November 9.

How did DW Documentaries build its global community?

TK: Moving from broadcasting mostly national productions for the documentary program, the team has spent the last few years expanding the output to include a growing number of international productions. The productions are as international as the team itself; as part of the Main Department Culture and Documentaries, the nearly 60 employees come from all over the world and leverage their cultural and linguistic diversity to enrich the programming. Additionally, there are around 80 employees of the Adaption Unit that joined the department Documentaries in July 2021.

Where do you engage your audiences?

TK: The Documentaries team produces content for YouTube channels in five languages, making our output one of the most successful Video-on-Demand offerings at DW. We also engage with our audience on Facebook and Instagram – another reason that long-format films are becoming increasingly popular. We have a high interaction rate on all our channels and nearly 11 million subscribers.

The Hindi offering, for instance, which went live in September 2021, is growing at an amazing rate and has already recorded an average of more than two million video views per month. There is a tremendous growth potential in India.
Several new colleagues joined the team in the last few months to handle the growing tasks – whether in editing, planning, adaption, at the editorial desk or in community management – in shifts.

What are some of the department's most successful titles?

TK: The department is leveraging select own productions to help improve DW's profile with documentaries like the two-part "Gandhi's Legacy: Where is India headed?" released last August coinciding with the 75th anniversary of India’s independence. In Germany, it was ZDF's most watched documentary in the Mediathek, while viewers in Asia were able to find it on the new DW Documentary-Hindi-Channel.

There is also the new “Guardians of Truth” documentary series by DW with Can Dündar. The pilot premiered in Berlin on International Press Freedom Day in front of 200 guests including Director General Peter Limbourg and former Ambassador of Mexico Francisco José Quiroga. The second episode of the series is in production and will see Can Dündar meeting exiled Belarussian politician Sviatlana Tsikhanouskaya.

In addition, the recently released scientific documentary film “More Life”, a co-production with DW Transtel, has also won numerous prizes at international film festivals and is currently on the shortlist for this year’s AIB Awards.

Coming up this month is "Music Under the Swastika: The Maestro and the Cellist of Auschwitz" by DW's director Christian Berger.The film tells the story of the importance of classical music in the so-called Third Reich through two contrasting biographies. The dramaturgical cornerstones are the stories and fates of Anita Lasker-Wallfisch and Wilhelm Furtwängler. On the one hand, a young woman who was deported to Auschwitz as a German Jew and survived only thanks to her musical talent, but on the other hand, a conductor, internationally celebrated, who came to terms with Hitler and his helpers. For the documentary, historical film material was digitally restored and carefully colored for the first time.

Could you tell us more about the department’s production profile? What emphasis does DW place on own productions?

TK: Of course we’d like to do more own-productions to define the department’s profile even more, but we have limited financial resources. We have to fill 365 documentary slots each year. About 70 percent of the documentaries and films in the program come from the international licensing business, only 20 to 25 percent are taken from ARD and ZDF. The rest of the annual programming consists of co- and own-productions.

April 2022 marked the first time new broadcast slots were available for long documentary films of international standard lengths of 86 and 52 minutes. This development was a result of our internationalization strategy and a direct reaction to the immense success of the 86-minute-long DW documentary about Angela Merkel, “Angela Merkel: Navigating a World in Crisis”, which the department produced last year.

How do you gauge the impact of DW content and identify the needs of your target regions?

TK: We see an enormous thirst for knowledge and background information whenever communicating with users on the channels. Competition analyses by Audience Development, for instance as part of the insightful Tubular Labs Project, have opened new perspectives for the planning team. Not many international broadcasters can offer such a broad spectrum of documentaries from their own repertoire – completely adapted in several languages.

Trailer: Music Under the Swastika