Does the public broadcasting service in Germany have a future? 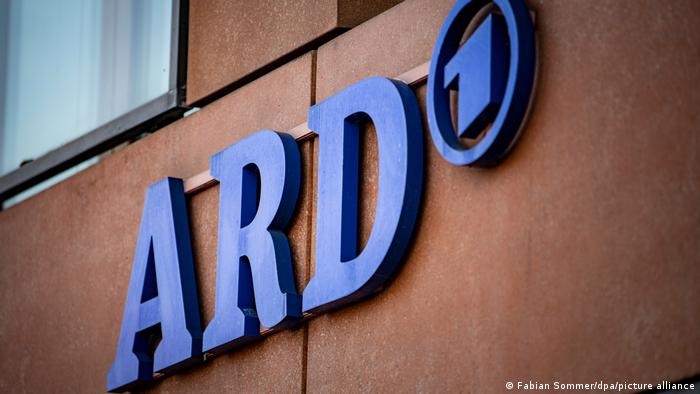 The ARD is a joint organisation of Germany's regional public-service broadcasters. It is the largest public broadcaster network in the world

The Grimme Institute, in cooperation with the Federal Agency for Civic Education and the Düsseldorf Institute for Internet and Democracy at Heinrich Heine University in Düsseldorf (DIID), has conducted a broad-based survey on the topic of public broadcasting in Germany, titled #meinfernsehen2021.

We spoke to Dr Frauke Gerlach, the Director of the Grimme Institute, about its findings and what they mean for the future of the public broadcasting service in Germany. 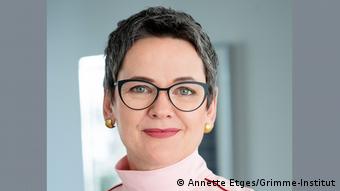 Frauke Gerlach is the Director of Grimme Institut

DW: What are the main findings of the survey?

Frauke Gerlach: There is a great deal of agreement among the participants that the organizational structure and programming of public broadcasting should be revamped. The question of abolishing the system did not play a role. Instead, constructive suggestions were made about programming and the accessibility of public service offerings.

The issue of both news neutrality and gendering, for example, were discussed intensively. There were concrete suggestions on the design of talk shows; here, the clear desire for more expert guests and greater audience involvement was expressed. More international topics should be covered in the news, and a majority spoke out in favor of reducing crime shows in entertainment programming and strengthening regional programs instead.  With regard to changing structures, the reform of broadcasting councils was also widely requested.

However, the participation process also showed that there are clear gaps in knowledge about the mission and legal framework of public broadcasting. Basic knowledge of these issues is necessary for the acceptance and comprehensibility of media policy decision-making processes. This aspect should also be included in the further reform process.

DW: How can public service broadcasters meet the needs of their audiences while facing competition from  commercial streaming platforms?

Frauke Gerlach: The heterogeneity of the requirements demands more than the production of high-quality series and glossy documentaries. It is also questionable whether the current discussion on the merger of the ARD and ZDF media libraries is the right answer to meet the online competition.

DW: Is the expansion of on-demand offerings really an effective response to this, or is there a need for more in-depth content and related programming measures?

Frauke Gerlach: It's not a question of one or the other. The expansion of on-demand offerings and the further development of media libraries are essential in order to reach people in the future. At the same time, the digital realm requires having an unmistakable profile. 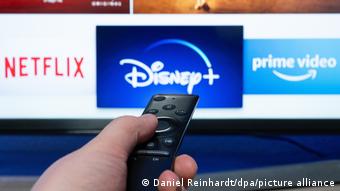 DW: Digital providers have changed user habits, but have they influenced public service programming as well?

Frauke Gerlach: We have already seen significant changes in fictional programming in recent years. The breaking up of linear storytelling and the short form lead to more freedom and creativity, and, at the same time, these offerings are ideally suited for time-sovereign use online.

It is to be expected that the opportunities offered outside the firmly established programming scheme of linear offerings will have a much greater impact on content in the future.

'Viewers should be included in the discourse'

DW: Audience demands and other rating standards are often used as indicators for program reforms, which you criticize. What do you think more important parameters should be?

Frauke Gerlach: Fundamental program reforms should be based primarily on content considerations. In essence, it's about answering the question of how the mission of public service can best be fulfilled and further developed. The current reform of the State Media Treaty stipulates, among other things, that the broadcasters' committees should develop quality criteria for reviewing the mission. That's a demanding task.

In the long term, the results of the committees could be incorporated into program reforms. However, this would not be a static process, since quality, especially in the fictional area, cannot be determined by abstract general standards but rather in the discourse about the quality of the offerings. In this respect, the discourse process must be safeguarded by consistent procedures and the involvement of external experts. Fundamental programming reforms should be reviewed to determine whether and how they meet the communication requirements of our liberal democracy.

Based on normative theories of democracy and the public sphere, communications scholar Christoph Neuberger* has identified practical criteria that can be used to develop and review program reforms.

Another key factor is the need to interest hard-to-reach target audiences in public service offerings. As their acceptance is at stake, viewers should be included in the discourse, especially if something like a social contract on the future of the public broadcasting system is conceived. 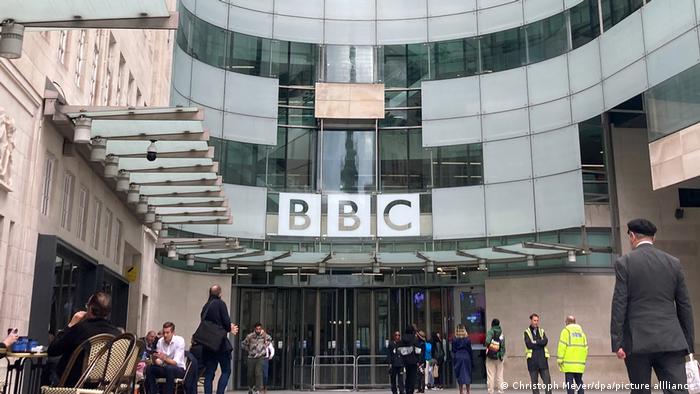 The first public broadcaster the BBC today is facing a loss of billions in financing as the UK government plans to freeze the license fee. The decision has been accused of being ideologically motivated

DW: What can be done about the dwindling acceptance within society for the public broadcasting system?

Frauke Gerlach: This is an important question, but one that is difficult to answer. Fortunately, there is still a great deal of trust, especially regarding the news and information competence of public broadcasters. In addition, I wonder whether criticism of public broadcasting equates to a lack of acceptance.

In #meinfernsehen2021, the participants expressed clear criticism but did not fundamentally question the system or wish that there should only be one broadcaster. 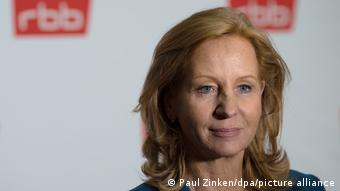 It is true, however, that today the public broadcasting system is being questioned today just like any other established institution. The criticism must be taken very seriously, also in order to counteract certain potentials that endanger democracy.

In this respect, it is very important how the current reform process is designed and that comprehensible results are achieved. In the end, it is crucial whether citizens can continue to be convinced in favor of the socially and individually added value of public broadcasting. Here, broadcasters are called upon to produce content that is clearly distinguished from commercial offerings.

The task of media policy is not only keeping an eye on the stability of contributions, but above all shaping the public service system in the post-digital age.

'There is a need for a fundamental reform' 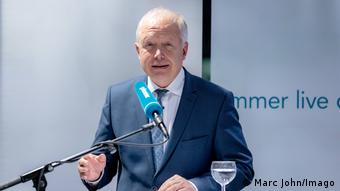 DW: Do we need a fundamental reform of the public broadcasting system like the one Tom Buhrow has called for?

Frauke Gerlach: Yes, there is a need for a fundamental reform. The issues surrounding the reform have also been on the table for some time. However, what I find extremely alarming about the current debate is the lurid tone. While steep theses and radical demands promote discourse and generate attention, a concrete approach to reform based on the constitutionally differentiated fundamental values of the proven German model of publicly financed broadcasting is not discernible, quite the contrary.

For classification purposes, it would be desirable if the interests of the involved actors were transparent. Who would benefit from a significant weakening or even dismantling of the public broadcasting system? This question arises for the BBC just as it does for public broadcasting in Germany.

DW: What is the precondition for a successful reform process?

Frauke Gerlach: The discourse should urgently be objectified. At the beginning of a constructive and serious reform process, there must be an analysis, a clarification of the concrete goals and future tasks of the system. Only then can appropriate measures and decisions be made about what is needed to achieve those goals. What needs to be preserved, what should be abolished or reformed?

Furthermore, broadcasters aren't so regulated that they themselves are incapable of reform. ZDF has already taken recognizable new paths and made considerable progress compared to ARD. Even if ARD's structures make it much more complex and thus more difficult to implement reforms, concrete measures should be developed by the broadcasters.

DW: So, how does the public service broadcasting in Germany work, and who can implement reforms?

Frauke Gerlach: In German federalism, the state parliaments ultimately decide on the regulation of public broadcasting. Decisions are based on the resolutions of the Conference of Minister Presidents, which the broadcasting commission of the states prepare in advance. Therefore, the broadcasting commission of the states manage the democratically legitimized control of the reform process, at least insofar as statutory changes are envisaged, which is to be assumed.

It will now depend on how the reform process is structured. The idea of implementing a "round table" will not be sufficient to structure the complex initial situation and produce results that are both politically acceptable to a majority and at the same time supported by the citizens.

Applying this standard, the reform process requires various instruments and formats. Their designs ideally need to be structured according to the content as well as the intended interest groups and target audiences. The #meinfernsehen2021 participation process can serve as a blueprint for results-oriented dialog formats. In addition, the results and analyses of the project offer suggestions and impulses for the reform process on the future of public broadcasting in Germany.

Dr Frauke Gerlach has been the director of the Grimme Institute since 2014, a non-profit research and service institution focused on media. She completed her doctorate on the topic of media governance and initiated the project #meinfernsehen2021 in cooperation with the Federal Agency for Civic Education and the Düsseldorf Institute for Internet and Democracy at Heinrich Heine University Düsseldorf.

* Prof Dr Christoph Neuberger's study focuses on the question of how public broadcasters can legitimize their understanding of their mission in the public discourse. To do this, he developed a catalog of criteria consisting of central democratic values, such as freedom and equality. These were then to be used as normative guidelines, with the help of which the quality of programming can be examined.

Pro-Russian fabricated posts pretending to be those of the BBC, CNN and DW are fueling the mis- and disinformation war between Russia and Ukraine. They are also discrediting various international media outlets.

The Russian independent station TV Rain received a five-year broadcasting permit in the Netherlands. Prior to this, Latvia had revoked the channel's license.