Peter Limbourg: "Content from this region will contribute to reinforcing education about antisemitism and Jewish life." 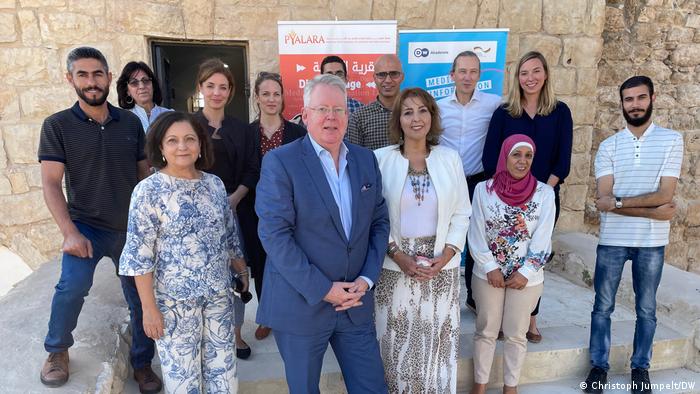 Director General Peter Limbourg opened the DW bureau in Jerusalem on October 12, 2022. Limbourg was accompanied on his trip to Israel by Peter Clever, Chairperson of the Administrative Board as well as Administrative Board Member Herzs Krymalowski and Sarah Hofmann, Head of the Expert Team on Antisemitism and Israel/Palestinian Territories.

Limbourg: "Content from this region will contribute to reinforcing education about antisemitism and Jewish life. The 10-point action plan presented in the spring of 2022 has been, in as much as is possible, implemented. Now we have begun bringing it to life. The expansion of the bureau in Israel was one of the actions we want to take to improve our footing in regards to this topic in the future and to help us do things differently than we have been doing them."

The creation of editorial offices in the target markets is an important part of the regionalization strategy. Limbourg told press agency dpa in Jerusalem that the opening had been planned for some time and was expedited during the investigation into cases of antisemitism.

The Director General also thanked Tania Krämer, who has been reporting from Israel for DW for almost ten years. "Tania often made the impossible possible by filling a broad range of our channels. I am so grateful to have someone with her expertise on our team. We would also like to welcome Rebecca Ritters, who is the second correspondent to join the bureau. Rebecca has an impressive track record as a reporter and host." Limbourg went on to say, "we will miss her in the Berlin Studio, but we are looking forward to her coverage from her new bureau."

A small studio for feeds 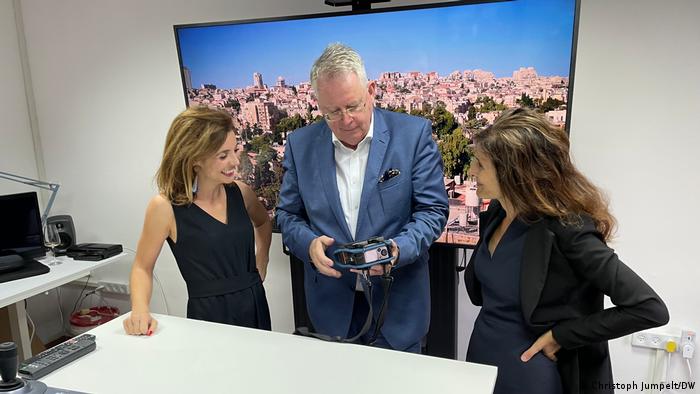 Thanks to the additional staff and modern technical infrastructure, the DW Jerusalem bureau will be better positioned to deliver news, analyses and background reports from Israel for the global DW audience. The Production and Requirements Management team (HAM) and the IT and Media Systems (ITM) team also set up a small studio for feeds from the new office, which is located in the heart of Jerusalem.

During his visit to DW Akademie partner Pyalara in the city of Jaba in the West Bank, the Director General was joined by Jens-Uwe Rahe and Chantal Mairesse.

Pyalara (Palestinian Youth Association for Leadership and Rights Activation) is an NGO (non-governmental organization) that was founded in 1999 and has been a partner of DW Akademie for several years. They focus on youth development, youth participation, social entrepreneurship as well as media and information literacy (MIL). One focal point is the integration of MIL into the Palestinian school curriculum including MIL trainings for both schoolchildren and university students. The projects reach around 3,000 young Palestinians every year. Apart from its headquarters in Jaba, Pyalara also has an office in Gaza. Limbourg met with Hania Bitar, Head of Pyalara, to discuss the extension of the cooperation, which is funded in part from Germany.

A visit to Yad Vashem 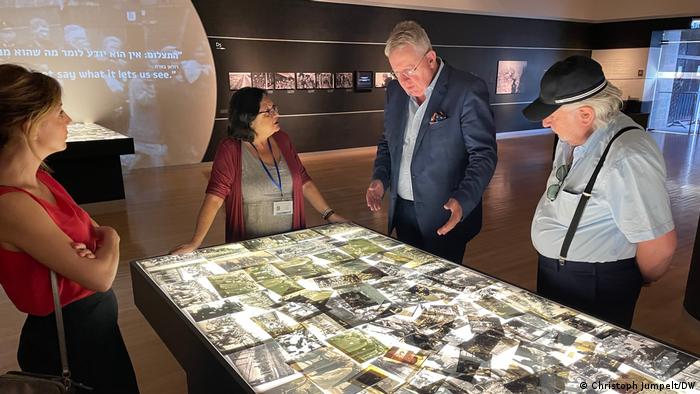 Dialogue with partners in the region is an important element of the DW action plan that will help prevent any future endangerment of the integrity of DW in an antisemitic context.

While at Yad Vashem, the Holocaust Remembrance Center, the DW delegation was guided through the exhibition. They were then able to see several original documents in the archive that record the murder and extermination of Jews by national-socialist Germany.