Getting the news out — one kilometer at a time

Barkha Dutt is an award-winning reporter, author and columnist with over 7 million followers on Twitter. During COVID, she reported from the frontlines of the pandemic, traveling 30,000km across India. 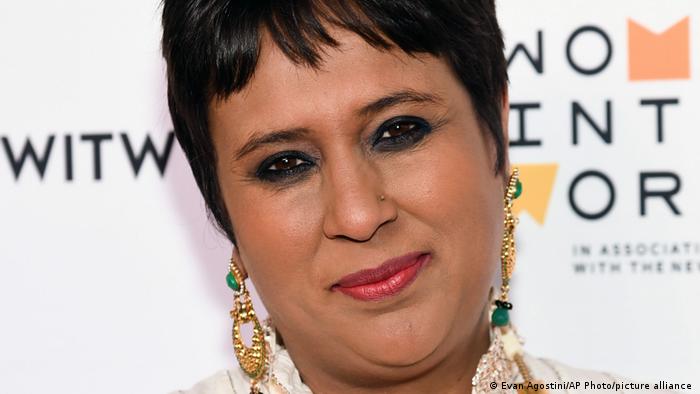 Deutsche Welle: What major milestones did you witness along your professional path — especially as a female journalist? What role did your family background play in your career choice?

Barkha Dutt: I grew up as the daughter of a journalist mother. My father was with Air India, the national airline carrier. My mother was one of the first women journalists of her generation in India. As a child I was brought up on stories of how she had to fight to get her first job at the newspaper, The Hindustan Times, where the editor told her that women were only deployed to cover soft stories like the city's flower shows.

She later went on to head their bureau. She was also India's first woman war correspondent, having to take leave from the paper, which refused to send a woman to the frontline. Several decades later, I followed in my mother's footsteps by reporting the Kargil war between India and Pakistan in 1999. Like my mother, I too had to fight to get the go-ahead to be a female reporter at the front.

I had originally wanted to make movies and trained to be a film and TV producer. But when I reported my first story I was hooked. The added skills of understanding technology and production have helped me marry form and content.

You recently travelled a total of 30,000 kilometers to report on India's COVID-19 lockdown. That is the equivalent of three quarters of the earth's circumference at the equator. Please tell us more about this epic road trip: How exactly did COVID disrupt and change India?

When the first COVID wave hit India, I just knew that I could not tell the story sitting in my studio in Delhi — which is what many of the legacy media, especially TV, opted to do. Hours after the country went into lockdown — the world's biggest lockdown, but also the severest — India's poorest citizens, its migrant workers, started leaving the city to go home to their villages. But even public transport shut down during this time. 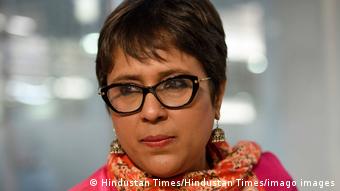 For Barkha Dutt, reporting from the frontlines of COVID was the only way to get the real news out

This was the largest exodus of human beings in India since the partition in 1947. And because there were no trains, planes or buses running, these people walked hundreds of kilometers, often barefoot, in the scorching heat. To walk with them and tell their stories became my giant obsession. It was a humanitarian crisis bigger than the pandemic, and I knew the only way to tell it was to be out there.

So began my travels. I ended up spending 120 days reporting from 14 states in India across 30,000 kilometers by road during the first wave in 2020. In 2021, I traveled just as extensively but since flights were now operational, I was able to get around more easily. In the first wave, we would sometimes sleep in the car and sometimes at the homes of friends of friends as the lockdown meant everything was shut, including hotels and food shops.

Read more:  COVID: Pandemic anxiety on the rise in India

India is on its way to having the world's largest population; there might be as many as 273 million people living in India by 2050. That's a lot of people to keep informed. What big steps do you think the media landscape in India will have to take to adapt to feeding so many curious minds?

Technology has been a great enabler in these COVID times. For independent journalists, it provides an opportunity to compete with the biggest newsrooms at a fraction of the cost, provided you are a compelling storyteller and are able to engage your audiences. I was able to build my brand — Mojo Story — at the height of the pandemic with old fashioned reporting amplified through modern, inexpensive tech, using things like livestreams, WeTransfer and phone filming units. But there will never be any substitute for excellence and imagination in content.

The Indian audience of course is probably the most diverse audience anywhere in the world. There are multiple languages and dialects, stratifications of class, caste, gender and region. The challenge is to find a story or visual narrative that is universal to all.

Meanwhile, we are also dealing with the pandemic of fake news, which is a major challenge we all face. Even veteran journalists sometimes make mistakes amid the pressure to be fast or first.

You have reported from the Kargil war in 1999 and from the 2002 Gujarat riots. More recently, you have seen people die in the frontlines of the fight against COVID. What is the one thing that feeds your curiosity, your resilience, and your dedication to journalism? And how do you protect yourself from making too many enemies while trying to get the news out?

I don't think there are guarantees against making too many enemies. If you are ferociously independent, if you refuse to be co-opted by dogmas and camps in increasingly polarized times and speak your mind, chances are that you will be loved or hated. Both are fine as long as you are not ignored! I believe one must take both praise and criticism lightly, but one must always keep striving to better one's own standard and record.

Yes, my work has led me into many danger zones, physically and emotionally — from Kargil to COVID. But oddly what can damage one emotionally — because of all the death, violence and tragedy one chronicles — is also what keeps you whole. When my father died from COVID and I became the story I had been reporting, I was crushed like never before. And then I got COVID the day we cremated him. Yet, the only way I knew to deal with my grief was to get back on the reporting trail as soon as I was better.

So, to know that you and your work makes a difference to the lives of people is what gives me strength. 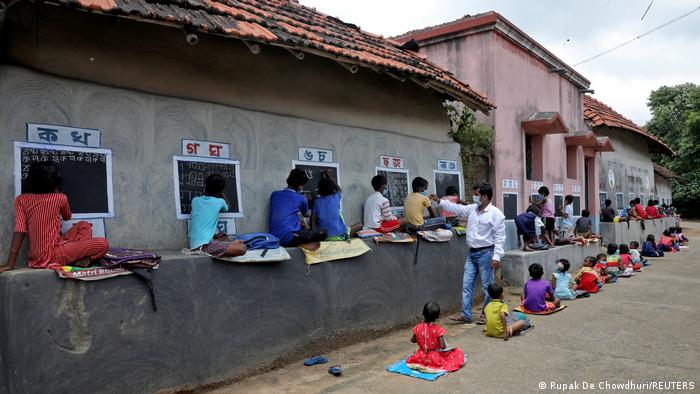 One of the things that we have all been talking about recently is the issue of trauma among journalists. For example, our journalist colleagues from Afghanistan have seen some horrific things as the Taliban took over the country in August. Is it difficult to detach yourself from some of the things you have witnessed yourself?

First of all, Afghan journalists have all my respect. They are extraordinary. I think in our part of the world, we have not yet accepted that many of us are experiencing PTSD (Post-Traumatic Stress Disorder). Personally I am unable to sleep anymore, I find myself quick to tears and more brittle than ever before.

I don't have too many good ways of dealing with this except losing myself deeper in work.

We journalists have many gadgets in our toolbox. We have cameras, sound equipment, lighting rigs, editing software — you name it. But if you could come up with one innovation that could make the lives of journalists easier and would help them to report better, what would that be?

My experience in the field shows me that I have to spend vast amounts of time working out ways to send footage back to my team. I am perennially looking for strong broadband connections, sometimes driving for hours to get a stable internet spot out in the boondocks.

So, if I could invent a portable broadband generator that was not dependent on service providers, that would be magic! And it would save a lot of time.

Barkha Dutt is an award-winning journalist, reporter, author and columnist from India, who has worked for NDTV for over 20 years. In the course of her career, she has covered various violent conflicts both within India and abroad. Most recently, she has launched her own YouTube channel called MoJo Story, chiefly highlighting the impact of COVID-19 on the Indian subcontinent. In 2021, Dutt was a speaker at the DW Global Media Forum Fellowship Program.

Fact-checkers in India have a hard time quashing quick-spreading misinformation online. Low media literacy and cultural biases have caused people to follow through on dangerous impulses.