In Latin America, being an environmental activist is more dangerous than ever. A network of journalists across the continent has been documenting the scourge of violence, trying to bring global attention to the issue. 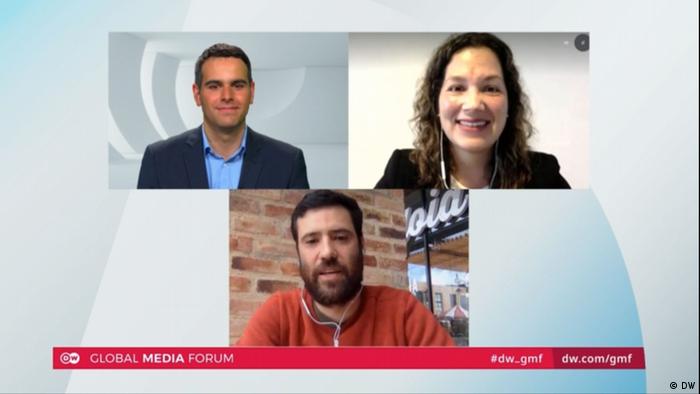 The figures themselves are staggering: Simply for opposing the destruction of nature, last year no fewer than 212 people were killed, according to Global Witness, an anti-corruption NGO. It was the highest number of environmental defenders murdered on record in a single year. And of all reported killings worldwide, two-thirds of them happened in Latin America, consistently ranked as the worst-affected continent for attacks against environmental defenders. 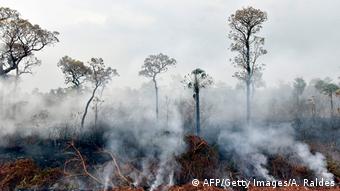 The ninth digital session of the Global Media Forum 2020 featured a unique journalism collaborative project that has been trying to stop this deadly trend:

Tierra de Resistentes, or "Land of Resistants", brings together 50 journalists and activists from across Latin America to document and report the growing threat to environmental leaders and their communities.

Joining the discussion, which was held jointly with DW Akademie, were Tierra de Resistentes journalists Alexa Vélez, who is also the editor-in-chief of Mongabay Latin America based in Peru, and Colombian journalist Andrés Bermúdez Liévano.

The host was DW news anchor and reporter Javier Arguedas.

A problem across borders

It is an "enormous irony" that Latin America is one of the most biodiverse areas in the world, but at the same time it is the continent with the highest number of attacks against environmental defenders, said Andrés Bermúdez Liévano. And with attacks happening in countries all across the continent, from Venezuela to Argentina to Peru, journalists reporting on the issue realized that cooperation across borders was needed to to yield results.

"The database showed members of the group that the threats were the same in most of the countries," said Vélez, who started working on the project after meeting Bermúdez Liévano at a conference in Bogota. The team also discovered that it is often indigenous communities in border areas and without government protection that are most at risk, she added. This is where media could help by making the problems visible and forcing change. 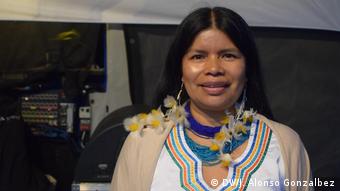 Patricia Gualinga, a indigenous Sarayaku environmentalist and human rights defender from the Ecuadorian Amazon, has fought oil companies trying to exploit her land for more than 20 years, successfully bringing her case to the inter-American Court of Human Rights.

In a prerecorded video message, she said it was thanks to the media that she had been able to bring attention to the case, and to show that she was part of a living culture. "Without the media and their reports, a fight to defend a territory against these oil or extraction companies cannot exist," she said.

Media organizations, however, may have different agendas: they can also stigmatize indigenous communities and protect big business. "We have all sorts of different media outlets with different visions of journalism," agreed Bermúdez Liévano. "Our vision of journalism is that one of our core missions is to give a voice to those that have been disenfranchised."

"Their struggle also highlights what is happening to the natural collective heritage they protect. Because it’s not just their land. Their land plays a role that is very important to the rest of us," he added.

Media and journalists also play a very important role in illuminating parts of the problem that are not so obvious, Bermúdez Liévano said. For example, while violence against environmental defenders is a fact and has become more visible, the specific ways in which they are targeted are not as clear.

Journalists’ research and the Tierra de Resistantes database were able to shed light on this, showing that 48 percent of violent attacks were directed against ethnic minorities. They also found that authorities often had forewarning of the risks of attacks against the activists, but did nothing about it.

Environmental defenders have not escaped the impact of the COVID-19 pandemic – attacks have continued during the year, and Alexa Vélez fears that levels of violence will prove to be even higher than those of 2019.

"Because of the pandemic, governments’ efforts are all centered on the health crisis, and all these territories, many of them in remote places, are left alone without security from the government, and are more threatened than before," Vélez said.

However, there is reason to hope that some good may also come out of the pandemic, according to Bermúdez Liévano. "COVID has shown us that there are some ecosystem services we weren’t even thinking of," he said.

"Research by US ecologists has shown that biodiverse ecosystems also provide a service in reducing the transmission of infectious diseases. If journalists manage to show this connection, people may start to understand the importance of the issue."

"The impact will be global if we stop fighting. We are all connected." The warning from veteran activist Gualinga prompted nods from the two panelists, who had different advice about how individuals should take action:

"First, get informed. Second, as Patricia said, be aware that everything is connected," said Vélez.

For Bermúdez Liévano, the key is to work together as journalists: "If you’re in another region, Africa or Asia, think about getting together. It’s the strength of cross-border collaborative journalism that can have much more impact."

You can watch the entire session here: