How a local German newspaper supports the flood victims

Helge Matthiesen and his staff were directly hit by the floods in Western Germany. The editor-in-chief of the local newspaper recounts the days after the flood, highlighting how media outlets are part of the recovery. 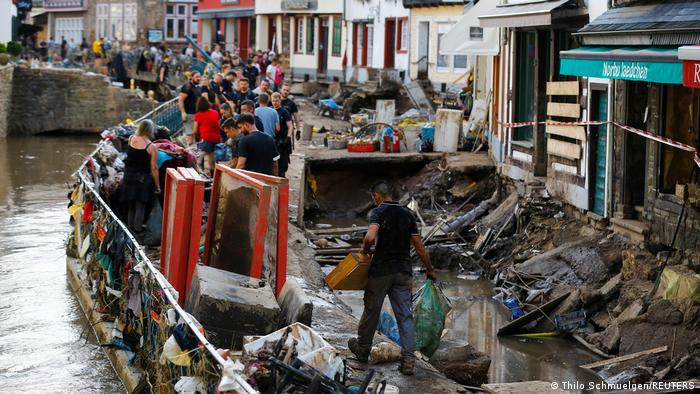 After the floods, police officers and volunteers clean rubble in Bad Muenstereifel, Germany, on July 18, 2021.

DW: On July 14, 2021, Western Germany saw unprecedented flooding in several regions that are now devastated by more than 170 casualties and the destruction of homes and entire towns. For the General-Anzeiger newspaper, this was the biggest weather-related catastrophe in its 130 years of reporting. How have you and your newsroom dealt with this calamity until now?

Helge Matthiesen: Following one day of pouring rain, a catastrophic night and a couple of truly unnerving and stressful days, we have finally been able to take a moment to breathe. Three of our colleagues have been directly impacted by the floods: They either lost their own houses or had to help close relatives who had lost theirs. In the immediate aftermath of the flood, its impact on all of us was truly palpable.

We dove into our work and focused the entire news reporting on this topic right away. In the following days, we noticed that the staff increasingly needed to talk about their experiences beyond the usual newsroom routine. So we offered psychological counseling to all staff involved and will continue to do so where need be. Our offices in the center of the flooded town of Ahrweiler have fortunately not suffered any damage. We have now provided that space to a local pharmacy which was not able to operate out of its old location anymore after the floods. 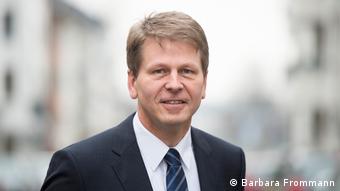 What were the main challenges for you and your team? And what does a local newspaper have to brace itself for in such a situation?

Keeping our own people safe is the first and biggest challenge on location as reporters can quickly find themselves in dangerous situations. And then there is also the issue of the breakdown of the power grid as well as of all communication systems: It is almost impossible to get accurate information under such circumstances. Simultaneously, the number of rumors starts to skyrocket, some of which can be rather harmful.

We continuously have to fact-check everything we receive while the newsroom works with reporters and photographers on the ground — and no one really has a comprehensive idea of what has really happened. The editorial board can't really do much about this, so we just have to keep adjusting and coordinating. Starting on day two of the floods, highways and smaller streets suddenly became inaccessible, which further complicated our work. Because it is highly important to have as many of our own reporters right there on the scene and make sure we stop rumors from spreading

What were your most important sources then? And can you tell us more about the information chain in such a crisis: How does the news ultimately end up in your newspaper?

There are our reporters on the ground, the local administrations, fire brigades, police — and of course there are the victims of the flood, who serve as eye witnesses. The usual sources available online are also important ordinarily in a situation like this, but they were almost inaccessible due to local internet breakdowns. So our information chains, which are highly important in such a crisis, barely functioned as both mobile and land lines were dead.

How highly would you rank the importance of reporting in a constructive and also positive manner at such a time, for example by writing about community spirit and the readiness of locals to help others? 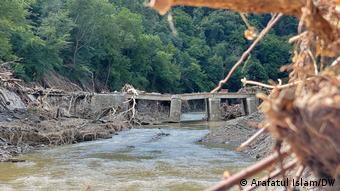 Many bridges and highways were destroyed by the floods like this one in Bad Neuenahr-Ahrweiler.

This is an integral part of reporting, especially because so many volunteers started to come to the help of those affected by the floods right away. Our writing serves not only the victims but those who were spared and wanted to help. For those who were affected, receiving updates on rescue missions, the state of water supply and the accessibility of streets and highways was also very important.

This way, people feel empowered to be able to do something, to have some hope in the aftermath of such a catastrophe. When one particular region is hit so hard, there has to be some beacon of hope. Media outlets have the task to report on these silver linings as well, because life goes on.

Do you notice in what ways local media become more crucial as a resource in such a crisis? And can this even be measured?

There was tremendous increase of traffic on our website, with readers looking for current information. Their reactions to our reporting were consistently positive. Perhaps the most notable mark of appreciation is the success of our fundraiser "Weihnachtslicht" [German term for Christmas candle].

Every Christmas, we raise money for vulnerable senior citizens in our region, typically reaching about €1.4 million. We started a special edition of this fundraiser for the victims of the flood – and we have reached €4.3 million after only 17 days. €2.3 million of this has already benefited those who've literally lost everything. This money has been raised exclusively by our readers, and it shows the trust that people have in their local media and in us, the General-Anzeiger. This is what local media can achieve in a crisis, this is our strength. We are a small local newspaper with around 200,000 to 250,000 daily readers online and in print. Those millions raised so quickly following our reporting are an exceptional and unparalleled response.

Why, in your view, is holding such a fundraiser the job of a media outlet?

A good newspaper is part of the local community. It tries to strengthen the bonds between the people and to keep everyone involved in their communities. This spirit of solidarity each day is what counts – and I see it as our mission as a newspaper to support it. To help people in need has been part of our DNA as a newspaper for almost seven decades now.

In an emergency situation like this, we have to join all forces and help wherever we can to support the victims of our local communities as quickly as possible. This is highly beneficial for strengthening the public spirit. And we can never have enough of that in any society. Managing to constructively organize this feeling of solidarity additionally strengthens a local newspaper like ours – and this also holds true for beyond the recovery after this flood.

Germany after the flood

This article has been translated from German by Antonia Sanke.

Flooding in Germany: Before and after images from the Ahr and Eifel regions

Quaint villages of half-timbered houses scattered across narrow valleys have now been destroyed. The extent of the flood damage can be seen in these before and after images.