At the Eyes & Ears Awards 2022, productions from DW's Design, Visual and Archives, and Marketing departments were awarded two gold, three silver, and one bronze award. 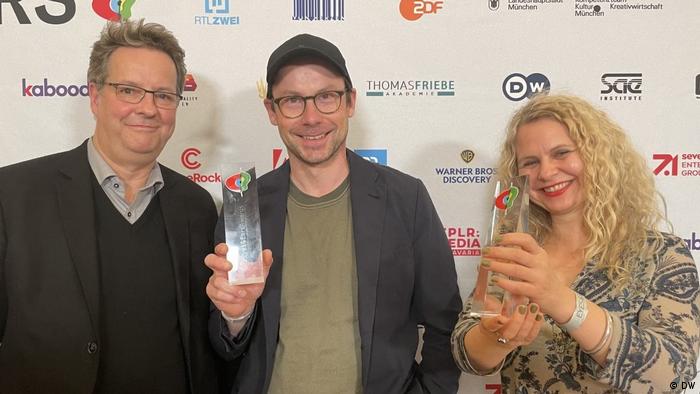 The Program Promotion and Broadcast Management department was awarded gold twice, with Marketing and Design also being involved: The Paid Ad campaign for the DW Documentary Channel, designed primarily to interest female users in DW, won gold once, and a second gold went to the campaign for the 2021 federal election in the category "Best Program Campaign News".

Head of Program Promotion and Broadcast Stephan Riebel says: "After 16 years, the era of Angela Merkel came to an end in 2021. In a multifaceted campaign, DW offered an overview of the upcoming German parliamentary elections in September 2021 and addressed users all over the world. How can we appeal to a non-German audience on a decidedly German topic? What is important to these people? Which issues concern them? What does the Bundestag election change for them? We underscored these questions and the importance of the Bundestag election to people worldwide with one central question: What's it to me?"

Design, Marketing and Promotion together received two silver awards: once again for the federal election campaign (this time in the category "Best Crossmedia Promotion of Election Coverage") and for the spot for Press Freedom Day.

Another silver award went to the promo for DW's Art.See.Asia series.

In addition, the Design department received a bronze award in the category "Best Crossmedia Promotion of Election Coverage" for the design of Flipping the Script.

All award winners and further information can be found here.