Gerda Meuer has been Managing Director of Programming since November 2013. 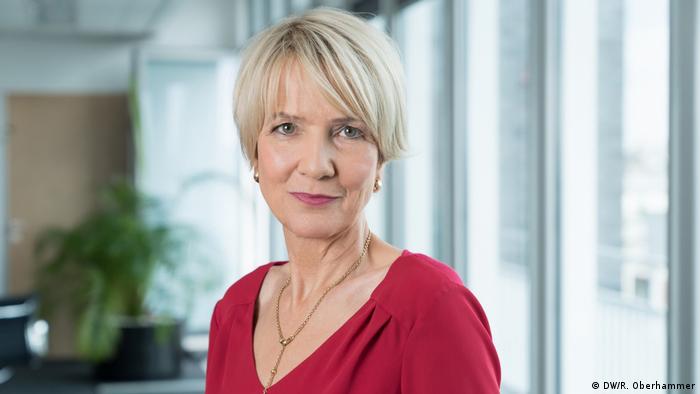 Gerda Meuer has been Managing Director of Programming since November 2013

Gerda Meuer, born in 1958, studied film and television, history and German language and literature at the University of Cologne. From 1985 to 1987, she worked as a correspondent for Inter Press Service, a news agency in Bonn focused on development issues. After spending six months in Chile with a scholarship from the Heinz Kühn Institute, she completed a traineeship at Deutsche Welle in 1987. As part of a partnership program between DW and NHK/Japan Radio, she moved to Tokyo in 1991, where she served as editor and foreign correspondent until 1996.

After her return to Germany, Meuer became Senior Editor of DW's German-language service, and then its Deputy Editor-in-Chief in 1999. Starting in 2000, she served as foreign correspondent in DW's Brussels studio. Four years later she became head of the newly established DW Akademie. In 2008 she was appointed Director.

Gerda Meuer has been Managing Director of Programming since November 2013.