Schimmelpfennig: 'We want to optimize the German sports system'

A package of reforms has been proposed to the criteria for the funding of sports in Germany. DOSB board member Dirk Schimmelpfennig told DW that despite concerns expressed by some, there is broad support for the reforms. 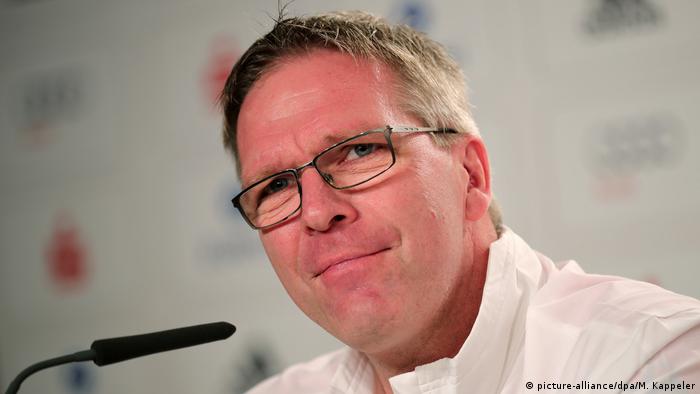 Dirk Schimmelpfennig is the member of the executive board of the German Olympic Sports Confederation (DOSB) responsible for high-performance sport and is thus one of the driving forces behind efforts to reform the regulations on how sports in Germany are funded.  The former coach and sporting director of the German Table Tennis Association has been with the German Olympic Sports Confederation for two years now and aims to  make German sports great again.

DW: The goal of the reforms to German sports is clear; more Olympic medals instead of mediocre results and all of that without the use of doping. It all sounds quite simple but is it realistic?

Dirk Schimmelpfennig: Yes! We want to optimize the German sport system and do so in a clean manner. I believe there are ways to improve the quality and efficiency of the structures in German sport.

DW: Can you understand the concerns that have been expressed by athletes and sports associations about the use of "PotAS" (a computer-supported system of potentional analysis), which is to be used to help decide how much funding any particular discipline gets?

Of course I understand their worry because some do not know what the results from this PotAS analysis will be. But what I can tell the athletes is that they have no need to worry as the analysis will rate associations and disciplines rather than athletes directly.

Yet many athletes and scientists have expressed serious doubts about using mathematical formulas to predict future success. Max Hoff, winner of the Olympic gold medal in canoeing at the Rio Olympics has said that he would have failed, had this system been applied to him. What would you say to him? 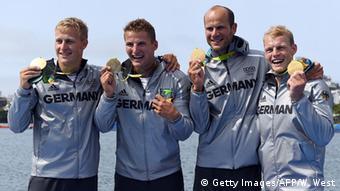 Max Hoff (second from right to left) along with his teammates won gold in Rio.

It is meant to work objectively as a foundation that we can build on. When is comes to someone like Max Hoff we would ask: "What can be done for the athlete? What does he need to succeed?" This is one of the main issues in the sports reform, we are lookin to focus more on the athletes, their potential and opportunities to be successful at the international level, all in an effort to improve the overall situation.

Associations are ready for the reform

The federal government is to stop funding around 40 of the 200 national training centers, as well as six of the 19 Olympic training centers. What will this mean for the athletes?

It's about quality over quantity. We need to concentrate on fewer training centers so we can make them first-class facilities. It is not possible to provide the best equipment to one place without having to take a bit away from another. However, the states where the affected centers are located, have committed to financing them in the future.

On the surface it seems that there's an unprecedented sense of collaboration among the high-performance sport associations on the reform. But now the associations have little to no influence on the distribution of funds. Athletes talk about a turf war which comes as no surprise since it all revolves around money. What's going on? 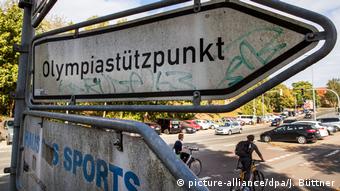 The federal government is to stop funding some Olympic training centers.

I think that after many years of nothing happening in German athletics, the associations are now ready for reform but there is still some uncertainty. Naturally the bigger associations have little to worry about but it is a different story for the smaller associations. They will have to wait and see how things will end up looking like. Once it is decided that more money will be invested in the sport, then there will be fewer associations that are uncertain.

'Sport would have wished for a sign of support'

The federal government is planning to increase the DSOB's current budget of 162 million euros ($173 million) by 5.2 million euros. The DOSB had expected a much larger sum. Are you disappointed?

The main thing is that the associations are willing to reform if they know that the reforms have political backing. The politicians decided to wait and see whether the decision will be approved (The DOSB vote is to take place on December 3rd), as they weren't willing to back something that might not get implemented in the end. The association had hoped for a sign of support for the reforms, because implementing reforms, will also require an increase in funding..

Are there any other suggestions on what needs to change? How confident are you that the reforms will be approved by the DOSB member associations on December 3rd?

I think that there will be little discussion about the content of the reforms because most are in agreement about them. The PotAS will be criticized because people don't know enough about it. Therefore that will be one of the points we will focus on. Which attributes come into play and to what degree? On the one hand it will help rate the association and on the other it will help show the associations in which areas they need to improve. PotAS will also help with quality management.

The interview was conducted by Olivia Gerstenberger during the sixth sports conference hosted by public broadcaster Deutschlandfunk at its broadcasting center in Cologne.