The power of global start-up ecosystems

Building on the success of the 2021 DW Global Media Forum start-up contest, we set out to explore start-up success stories by focusing on ecosystems around the world, where innovators seek solutions to big social issues. 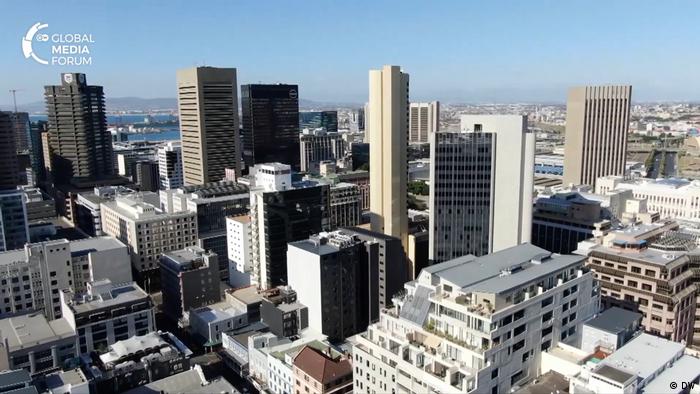 Our journey exploring start-up ecosystems from around the world took us to three major cities in the Global South, where start-ups are having their moment despite pandemic-related restrictions and limitations. Following in the steps of the start-up contest at the DW Global Media Forum 2021, we sought out some fascinating ideas fuelled by driven entrepreneurs and insightful innovators from Nairobi to Cape Town to Jakarta.

Join us for this recap of the highlights of the DW Global Media Forum start-up ecosystem series 2021.

Our research first took us to Nairobi, Kenya, where DW journalist and reporter Edith Kimani discovered a start-up that actually helps start-ups: GrowthAfrica supports Kenyan entrepreneurs by growing “business through acceleration, strategic advice and access to investments.” We discovered that especially in the midst of a global pandemic, innovators need reliable cash injections more than ever before. Learn more about them in our video.

Remaining in Nairobi, we also paid a visit to BlackRhino VR, where we learned all about the application of virtual and augmented reality solutions tailored for the African market. The company not only designs its own content but also holds workshops, hackathons and master classes, focusing in particular on training women in immersive technologies — free of charge. Find out more by watching our video.

Sticking to the African continent, DW reporter Adrian Kriesch explored the pumping start-up ecosystem of Cape Town, interviewing Ian Merrington, CEO of the Cape Innovation & Technology Initiative — or CITI, which is Africa’s oldest incubator. We explored the importance of having the right space to let the best ideas blossom, taking a tour of the Bandwidth Barn, where the latest tech meets cutting-edge innovation in Cape Town. It even has its own lab! Join us on a video tour.

Next, Adrian paid a visit to Afrigen, a biotechnology company that has truly found its calling during the COVID-19 pandemic, becoming Africa’s first fully functional, privately-run mRNA lab. Using existing information on developing mRNA vaccines, Afrigen has created its own COVID jab, which it is now rolling out. It is not often that you get to have a look at what exactly is happening at the medical labs that are in the midst of fighting the pandemic. But if you watch our video, you can.

Indonesia has the world’s fourth-biggest population; however, that doesn’t mean that it only needs large-scale tech solutions to problems affecting nearly 275 million people. DW’s Georg Matthes assembled our correspondence team in Jakarta to learn how entrepreneurs have launched start-ups to deal with some of Indonesia’s pandemic challenges. And he first found BagiRata, a peer-to-peer moneylending app that has saved scores of people from destitution in the past two years. Come with us on a journey to the heart of Jakarta.

Next, we traveled to the island of Java, where Mount Semeru has been wrecking havoc since late 2021. While many people managed to evacuate in time, others were slow to hear about the ongoing dangers of the active volcano — resulting in several dozen lives being lost. We spoke to entrepreneur Iman Abdurrahman who decided to eschew cutting-edge tech solutions to rely on the long-established technology of radio waves to save lives, using a backpack as a mobile radio transmitter. Pack your bag and join us on this journey. 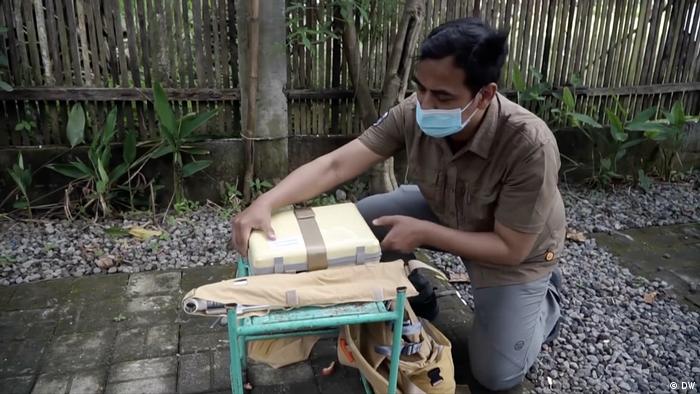 Iman Abdurrahman unpacks his Radio Backpack, which he launched as a start-up idea designed to save lives