While DRC forces continue to fight the rebel group M23, the lives of civilians have suffered severe disruption as they try to flee conflict zones. 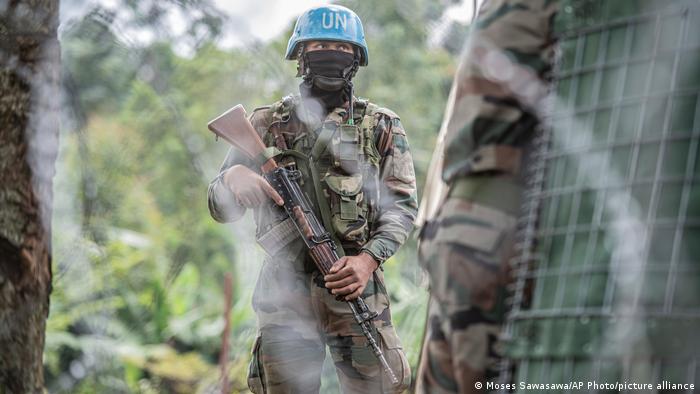 Sounds of heavy artillery rattled through the town of Bunagana in the Democratic Republic of Congo (DRC), near the border with Uganda, in the early hours of May 25.

Within a short while, scores of Congolese civilians had rushed into Uganda. This exodus continued up into the mid-morning, with people carrying basic household items including mattresses, jerricans and kitchenware as if they were headed to a destination where such things might not be provided.

Some men were seen driving sheep and goats across the border, followed by their family members. As they entered Uganda, security personnel from both countries attempted to screen the civilians to make sure that M23 fighters were not mingling among the fleeing civilians. 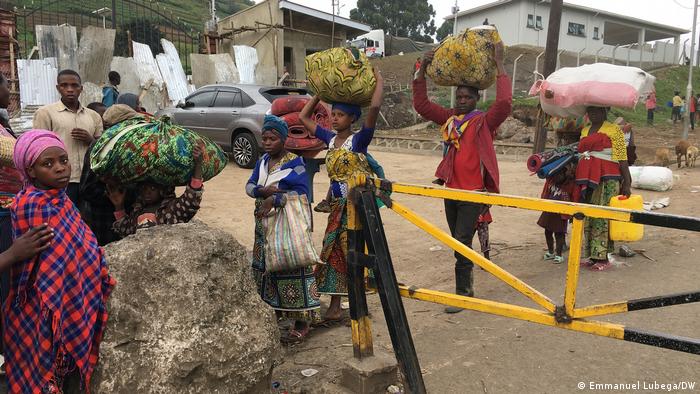 This has been the pattern ever since fighting broke out between government forces and M23 fighters on March 24 this year, the same week Uganda and the DRC commenced a road project to link the commercial hubs of Bukavu and Goma.

An estimated population of 80,000 — mostly women and children — is being affected. Some say they are getting used to fleeing temporarily to Uganda at short notice but that this has greatly disrupted their lives and livelihoods.

Ugandan civilians have generally been welcoming to their fleeing neighbors and are ready to offer basic assistance to them. But the situation is causing a strain on their resources and infrastructure, especially in terms of water and sanitation.

Water scarcity also sometimes forces DRC civilians to risk their lives amidst the gunfire, crossing back home to fetch at least some for their families.

The mayor of Bunagana, Ismail Ndayambaje, says he fears sanitation problems might lead to an epidemic.

"They urinate and defecate everywhere. If we get mobile toilets, they will help us to control the sanitation situation," he said.

Due to water scarcity, some DRC civilians are forced to sneak back to their country to fetch water despite the sounds of gunfire rending the air. Most DRC civilians have refused to go to the temporary settlement.

Efforts by humanitarian agencies such as the UNHCR and the Red Cross together with the Uganda government to settle the fleeing civilians at the Nyakabande camp, about 20 km (12.5 miles) from Bunagana in the Ugandan town of Kisoro, have been met with resistance from some Congolese. They don't want to be registered as refugees and are concerned about the poor conditions in tarpaulin dormitories.

Pascal Muto, a family head who is using his rusty bicycle to do odd jobs in Bunagana, said, "We shall just stay around the border, and when the fighting takes a pause we go back to our gardens and harvest food for our children. We fear living in camps because they are congested and lack sufficient food, water and medicine."

Goma: in the shadow of a volcano

There are fears that security in Bunagana will deteriorate, since most DRC civilians have refused to go to the temporary settlement.

Sheikh Idrisa Uwangye, a hotelier and businessman, said: "We are getting worried about our security and that of our businesses, as the DRC civilians, especially the youth, may be tempted to engage in petty crime for survival”

Sheikh Idrissa adds that business in Bunagana has greatly suffered, as cargo vehicles headed into DRC divert their journeys, and tourists have been scared away from the gorilla-trekking hub of Kisoro.

"Nobody can allow their cargo vehicles to drive through an area of where security is uncertain. So there are no cargo vehicles crossing from Uganda to DRC via Bunagana at the moment. Tourists are also scared of coming to Kisoro like they used to. Our hospitality business has come to a standstill," he said.

But both Ugandans and DRC civilians are most concerned about the renewed and sustained capacity of the M23 to engage government forces. The rebels are now daring to attack their bases and those of the UN peace-keeping forces, MONUSCO.

Pierre Kisunzu, a livestock farmer, blames the poor security situation on Rwanda — an allegation that has been echoed by civil society in DRC and even the government spokesperson and minister for information, Patrick Muyaya, but strongly denied by Rwandan authorities.

"Our forces are not fighting M23," Kisunzu said. "They are fighting Rwandan forces. Rwanda is the one destabilizing us and we are tired of this. DRC has joined the East African Community (EAC). The regional leaders should intervene."

At a recent meeting of the EAC in the Kenyan capital, Nairobi, the leaders of four out of the six member countries — including Uganda, Burundi and DRC — came up with a resolution that all fighting groups in eastern DRC should surrender their arms and agree to talks with the DRC government.