DW documentary 'Music Under the Swastika' to premiere November 9

'Music Under the Swastika: The Maestro and the Cellist of Auschwitz' debuts November 9 at the Delphi Filmpalast in Berlin in the presence of Claudia Roth, the Federal Government Commissioner for Culture and the Media. 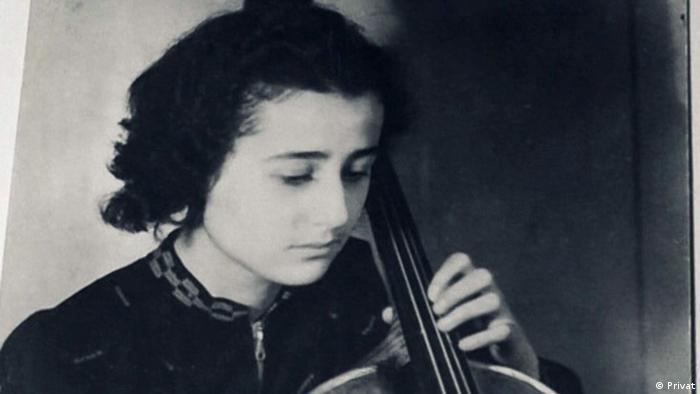 It will also stream live on DW Documentary-YouTube-channels in German, English, Arabic, Spanish and Hindi.

Music Under the Swastika captures a moment in time when music and fascism were clashing and reveals contrasting stories of the two protagonists, cellist Anita Lasker-Wallfisch (1925*), surviving member of the Women's Orchestra of Auschwitz, and star conductor Wilhelm Furtwängler (1886-1954), who formed an alliance with Adolf Hitler and his helpers.

The documentary hears first-hand testimony from Anita Lasker-Wallfisch about her time in Auschwitz: "We could see everything, the arrival ceremonies, the selections, the columns of people walking towards the gas chamber and being turned into smoke. We played marches at the camp gate, for the prisoners who worked in the surrounding factories. And concerts on Sundays, around the camp, for the staff or whoever would listen. For many, music was an absolute insult in that hellish camp."

The film also sheds a light on how music was used as a political tool in the service of the Nazi regime, bringing insights from historians, authors, and musicians. Using scores of period material, the film features never-before-colorized archive footage from concerts of the Berlin Philharmonic Orchestra, the Third Reich's chosen orchestra conducted by Wilhelm Furtwängler.

Considered one of the greatest conductors at the time, Furtwängler was not a member of the Nazi Party. He supported Jewish musicians and banned composers. Under pressure from the Nazis, he resigned from his post as chief conductor of the Berlin Philharmonic in 1934. Later in 1935, he issued a statement acknowledging Hitler as head of cultural policy and was allowed to return to the Berlin Philharmonic.

An important film in fragile times

Peter Limbourg, DW Director General, says: "For decades, the date November 9 has been linked to terrible historical events in German history – with the November pogroms as a prelude to the murder of six million Jews by the Nazis – until it also took on a very hopeful and positive meaning with the fall of the Berlin Wall 33 years ago today. Showing and explaining German history and culture in all its facets, especially to the younger generations, is one of the most important parts of Deutsche Welle's mission. Our documentary about the fate of mainly Jewish cultural figures in the Third Reich illustrates the perfidy of Hitler's regime. It is part of our efforts to prevent such atrocities forever through information and education."

Nadja Scholz, DW Acting Managing Director Programming, says: "This documentary makes a dramatic time experienceable for all of us in a fascinating way. Christian Berger illuminates contrasting biographies in the Nazi era, starring music. It is stirring and instructive at the same time. Exceedingly worth seeing!"

Rolf Rische, DW Director Culture and Documentaries, says: "The film manages to convey the subject matter emotionally while maintaining a very high quality and depth of content. That is truly outstanding. Editorially, the film is part of a larger context. Antisemitism has long been a central topic for DW's cultural editorial team, both in terms of German history and current developments. 'Music Under the Swastika' is thus part of a series of productions that we have recently made in cooperation with, for example, Neuengamme Concentration Camp Memorial and the Society of "1700 Years of Jewish Life in Germany". And we will continue to work in this direction."

Tim Klimeš, Head of Documentaries, says: "For some it was an instrument of propaganda, for others a glimmer of hope in dark times. In his documentary film, Christian Berger poignantly describes the ambivalence of classical music under the Nazi regime. 'Music Under the Swastika' is an important film in fragile times."

Film director Christian Berger says: "I wanted to bring these moments in music history into our time through color and make them more tangible, thereby also getting 'non-music specialists' interested in the historical subject. The contrast in this film could hardly be greater. On the one hand is a star conductor courted by those in power, and on the other hand, a musician who made music in a concentration camp under fear of death. For me, this interview with Anita Lasker-Wallfisch was the most fascinating; how precisely she analyzed the situation as a young woman. She was already afraid back then that people would not believe her at all about these monstrous events." 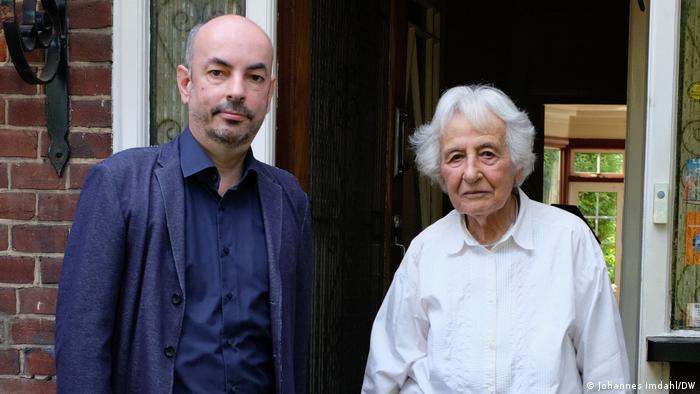 The film (1x86') was commissioned by Frauke Sandig, executive produced by Rolf Rische and Tim Klimeš and directed by Christian Berger with Maria Willer and Bernhard von Hülsen as producers.

Starting Nov 9, it will be available to stream worldwide across DW’s documentary-YouTube-channels in Spanish, German, English, Arabic and Hindi. It will debut on DW television from November 17 in German, English, Spanish and Arabic.