Ellen Ehni: why diversity is essential for public broadcasters

Public broadcasters have to make programs for the entire population, Ellen Ehni says. However the editor-in-chief of Germany's WDR also stresses that not every dimension of diversity can be represented in every program. 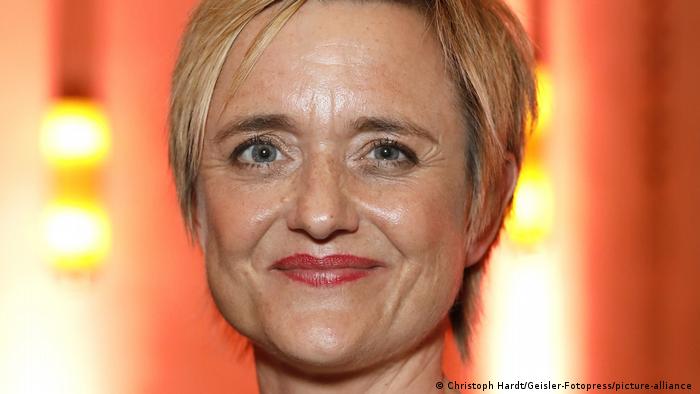 DW: Wherever you turn these days, you hear that "representation matters." In the context of media and journalism, what advantages do broadcasters gain from representing diverse population groups in their editorial departments and program structures?

As public broadcasters, we want to make programs for the entire population. If we as journalists only represent a small section of this population, it would be more difficult for us to achieve this goal. Having different perspectives helpd us to identify blind spots and to question the ordinary. That's why it's important to pay attention to the various dimensions of diversity when selecting staff.

This is exactly what WDR does. For example, the proportion of people with a migration history of their own or of their family is on average more than 20 percent among those who join WDR. And the journalistic talent workshop "WDR grenzenlos" (WDR without borders) has prepared more than 100 young journalists with international biographies for media work in the past 15 years. Many of them are also prominently represented at WDR.

In what areas do broadcasters have to adapt their work and programs to achieve this goal?

Above all, we have to critically question ourselves again and again, listen and then adapt our processes if necessary. In doing so, it must be clear that there is no silver bullet or one trick that will eliminate all problems. We are in a permanent state of change - as is society as a whole. This process pf change and the constant confrontation with it can be exhausting, but only through this friction and discussion can we become better.

WDR was always a pioneer in diversity: in 1964, a daily programme for guest workers (migrant workers recruited abroad) started in Italian, Greek and Turkish as well as in the languages of the former Yugoslavia. This gave rise to programs like Funkhaus Europa and Cosmo TV, later COSMO. Then, at the beginning of 2016, WDR created WDRforyou, a unique service in Germany that provides information for refugees and migrants in German, English, Farsi and Arabic, which is disseminated mainly via social media.

How can you ensurre adherence to the highest journalistic standards while taking into account the various interests of so many varied stakeholders?

Pluralism and controversy are essential for our work and for the social discourse that we as journalists also have to reflect. Not every dimension of diversity can obviously also be represented in every program. The overall picture of what we offer must, however, deliver this. And I see that this is a success whenever I look at the diversity shown on our TV programming and our radio as well as online programs, which is always available in ARD Mediathek (visual content library) and ARD Audiothek (audio content library).

However, we must always remain open to criticism and at the same time remind ourselves that not every piece of criticism is justified. Our journalistic tools are always the cornerstone when it comes to assessing whether criticism is justified. For me, it goes without saying that an editorial team must be able to clearly explain its research methods, explain the selection of interview partners and plausibly explain its editorial assessments in response to questions.

Ellen Ehni is editor-in-chief of WDR (Westdeutscher Rundfunk) based in Cologne/Germany, the largest public broadcaster in continental Europe. Between 2004 and September 2018, she worked as editor, presenter and foreign correspondent at a number of WDR and ARD programs and was first in charge of the business department and later the current affairs department. She has a degree in law from Humboldt University in Berlin.

News organizations around the world are struggling to reflect an increasingly diverse society. But why is this reflection of pluralism so important, and how can diversity improve the quality of content and programming?

The format was launched by DW, BBC, France24 and Voice of America in April 2019 and is available on YouTube, Twitter and Instragram.

DDT 2021: Deutsche Welle promotes and celebrates diversity in the workplace

Together with all ARD stations, DW invites you to the virtual German Diversity Day (DDT) on Tuesday, May 18 on the website ard.de/diversity and in their programming.