To move away from depending on Russian energy, Europe is increasingly turning to Africa for its natural gas imports. Though the potential is there, low supply and serious bottlenecks stand in the way. 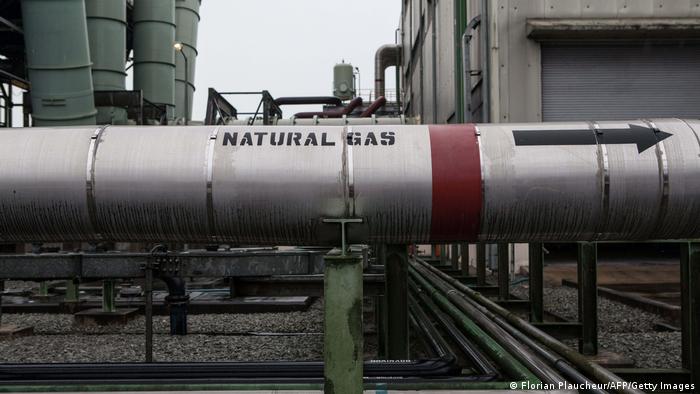 Russia's invasion of Ukraine is forcing Europe to diversify its energy supply. "Germany and Europe must now quickly make up for what they have missed over the last 20 years," Stefan Liebing, chairperson of the German-African Business Association, said in a recent press release. He advised Germany's Economy Minister Robert Habeck to travel to African countries such as Algeria, Nigeria, Egypt and Angola, which could help free Europe from its dependence on Russian gas.

Algeria is the 10th-largest gas producer globally. Cargoes of liquefied natural gas — also known as LNG — exported in 2021 were largely destined for the European markets. This makes Algeria one of the top five LNG exporters to Europe.

Since the outbreak of war between Russia and Ukraine, Algeria has expressed a willingness to increase natural gas exports and LNG. However, according to Alice Gower, director of geopolitics and security at London-based think tank Azure Strategy, Algeria's reserves are not developed. "Earlier this year, Algeria's state-owned oil and gas group Sonatrach announced a [$40 billion, €36 billion] major investment package for a five-year period, but that doesn't mean Algeria can step in right now in the short term," Gower told DW. 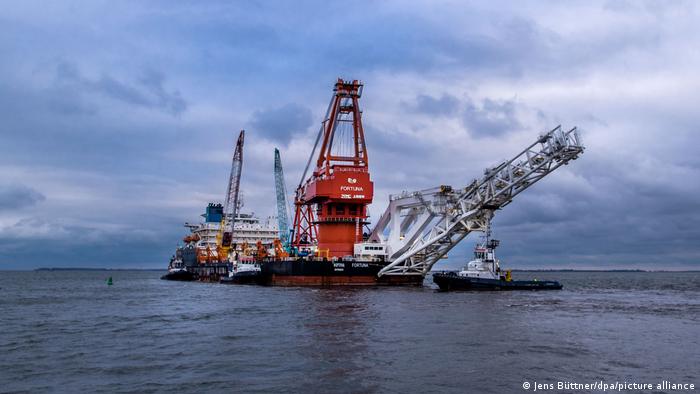 The expert said Algeria could potentially have a completely different alternative to pump more liquefied gas to Spain and Portugal with the high-capacity Maghreb-Europe Gas Pipeline (MEG).

But that pipeline runs through Morocco. Last October, political tensions between Algiers and Rabat led to the contract between Sonatrach and the Moroccan Energy Ministry not being renewed. The main problem for Algeria in this regard was that Algiers did not agree to pay 10% of gas revenues as a fee to the Kingdom of Morocco, as it had in the past.

On the other side of northern Africa, Egypt had the largest year-on-year export growth in 2021, according to a report by the Organization of Arab Petroleum Exporting Countries (OAPEC). 1.4 million tons of LNG in the second quarter compared to zero LNG exports in the same period last year. At the same time, LNG is also the only gas Egypt currently exports, as the country is not currently connected to a European pipeline network.

The gas supply situation fluctuates. "Currently, Egypt is also running out of LNG export capacity," Gower said. However, for Egypt, it is much more about the economic aspect at the moment. According to Gower, China has offered the country long-term contracts on good terms. So for Egypt, it makes sense to continue to be a reliable supplier and maintain its Chinese market share.

According to the statistics portal statista.com, Libya's natural gas reserves in 2020 amounted to around 1.4 billion cubic meters. However, the country is so politically divided that it does not even appear on the list of countries exporting to Germany. Furthermore, the Libyan infrastructure is insufficient to boost exports, let alone receive the payments.

Even if Libyan gas was available, the instable political division makes it currently impossible for the international community to engage with Libya politically or economically. Thus, Libya would drop out as a substitute supplier of Russian gas to Germany or Europe. 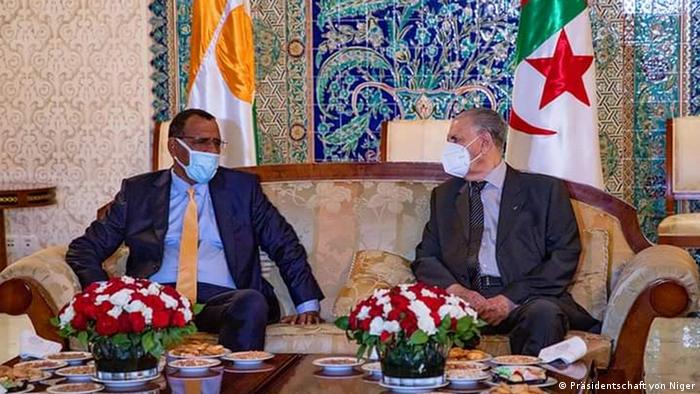 Niger and Algeria agreed to reopen their borders in 2021

A mega-gas project in Nigeria is raising hopes for more gas imports for Europeans: Algeria, Niger, and Nigeria have agreed on constructing the 4,000 kilometers (2,485 miles) long Trans-Saharan Gas Pipeline — also known as NIGAL. According to media reports, once the estimated $21 billion pipeline is complete, it will transport up to 30 billion cubic meters of gas per year to Algeria, connecting to the existing network to Europe.

The idea is not new, but for a long time, the security situation in the Sahel region and tensions between the governments of Algiers and Niamey did not allow the project to go ahead. As a result, it wasn't until 2021 that Algeria and Niger reopened their border. Since then, the pipeline construction has been revived.

In 2019, Europe imported about 108 billion cubic meters of LNG, of which more than 12 billion came from Nigeria, Khadi Camara of the German-African Business Association, told DW.

Africa's biggest oil producer is among the top ten countries with the most gas reserves globally. "They have more reserves than needed for their own market and are therefore predestined for export," Camara said.

But while Nigeria already plays an important role in the European gas market, there are bottlenecks there, too, he said. In 2021, the country was unable to meet its target. The infrastructure hardly allows for further production, and there is always the question of efficiency and reliability. 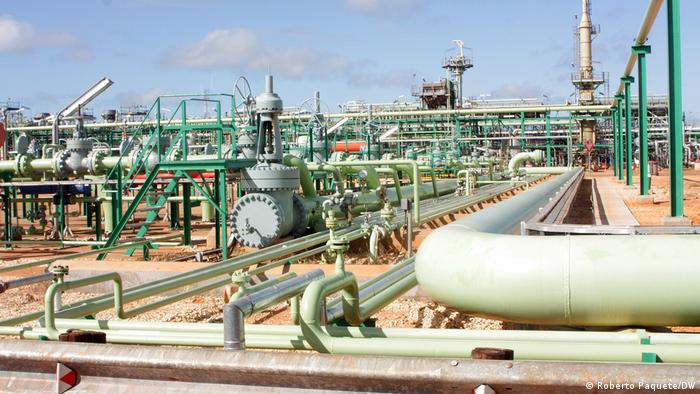 Mozambique, which also produces natural gas could become a future exporter to Europe

Camara says long-term investment and a strategic partnership are needed for Germany and Nigeria to cooperate more closely on gas. "That's where Nigeria probably can't be a 'quick fix' to our acute [gas] problem, but rather help Germany diversify in energy sources for the future."

And that path is far from over. By the time the transition to renewables is achieved, other African countries, such as Ghana, Mozambique, and Tanzania, could become key natural gas suppliers for Europe.

This article was translated from German.

This article was updated on April 4.

As Russian missiles hit Ukraine, experts are warning that the impact of the conflict is bound to reverberate across the African continent.