GMF digital session: The internet — danger or boon for autocrats?

The internet can be used as a tool of oppression. But it can also be a platform for critical voices. Journalists Maria Ressa from the Philippines and Lina Attalah from Egypt discuss the meaning of the digital space. 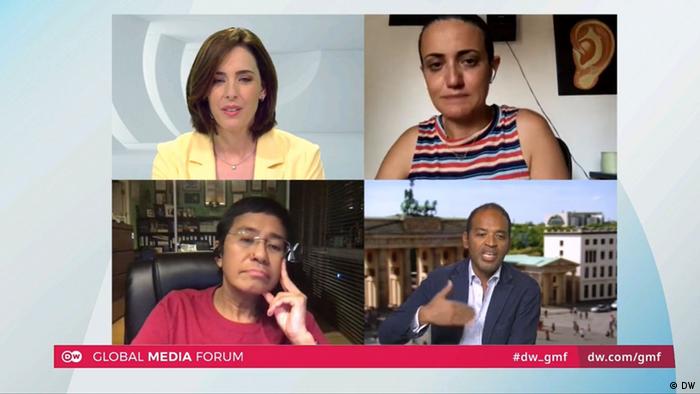 Censorship, surveillance, fake news, hate campaigns — autocratic states turn to the internet to utilize all these options, to influence public opinion, for example, or to intimidate their opponents and critics.

They have understood that, in their hands, the digital space can be an effective tool for maintaining power and influence. This is bad news for the more than three billion people living in autocratically governed countries worldwide.

On the other hand, the good news is that there are people like Maria Ressa and Lina Attalah, who are committed to the struggle against these forms of oppression, even when it often seems hopeless.

Ressa is a co-founder of the news website Rappler in the Philippines. As its editor-in-chief, she is under immense pressure because of Rappler's critical coverage of the government, especially with regard to President Rodrigo Duterte's declared "war on drugs." Ressa has already been arrested many times and she recently received a libel conviction — her sentence is still pending.

Attalah is the founder and chief editor of the online newspaper Mada Masr, which is among the last remaining independent media outlets in Egypt, and which has been banned for the past three years by President Abdel Fattah al-Sisi's government.

Egyptian authorities have taken action against Mada Masr on several occasions — the newspaper was raided last November, for example, and Attalah was briefly arrested in May. 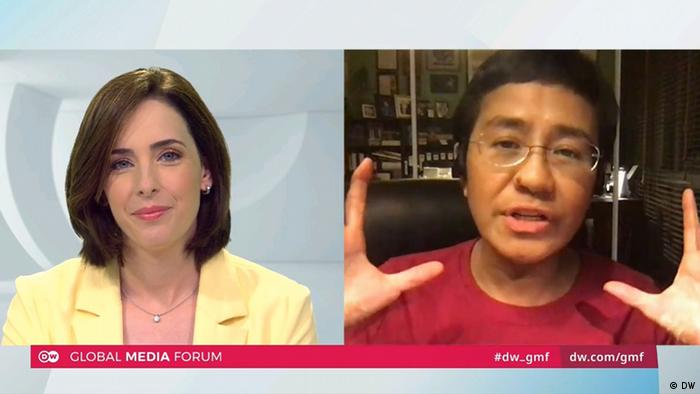 Social media as a weapon

In a digital panel discussion as part of the annual Global Media Forum hosted by Deutsche Welle, the two controversial journalists talked about the importance of the internet in autocratic states.

They were joined by Amnesty International's Markus N. Beeko, whose roles include managing the organization's Human Rights in the Digital Age campaign. DW journalist Sarah Kelly moderated the discussion. 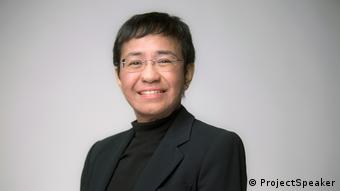 Filipino journalist and author Maria Ressa is the CEO of Rappler

Maria Ressa said right at the beginning of the event that global societies are witnessing the "death of democracy by a thousand cuts." In recent years, she stressed, the internet, in particular social media, has contributed to this process in the Philippines:

"The government uses social media as a weapon by flooding it with so much information and so much hate that at some point people no longer know what is true," she explained.

Before she founded Rappler, the 56-year-old worked for a long time as chief investigative reporter for CNN International in Southeast Asia. She has been labeled a criminal even though she had never done anything illegal, she said, highlighting the extent of the ongoing smear campaign against her.

The analogue world in mirror image

It is still possible to talk of media diversity in the Philippines, despite legal and physical attacks against critical journalists. But in Egypt, extensive criminal prosecutions and censorship have had a seriously diluting effect on the media. 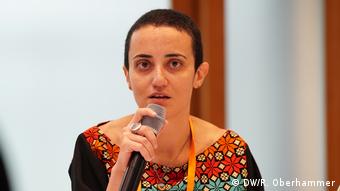 Egyptian journalist Lina Attalah is the founder of Mada Masr

"The only media that escape censorship are those that are either state-owned or have sworn allegiance to the state in one way or another," said Lina Attalah, describing the situation in the North African country.

Independent media organizations, on the other hand, are barely able to do their job anymore; Mada Masr has had to adopt "alternative publication methods" because their website has been blocked.

At the same time, however, the internet remains an important platform for many people to become informed, to exchange information and to engage with each other, according to Beeko – especially where real spaces for exchange no longer exist. 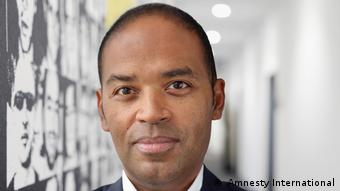 Markus N. Beeko is the secretary-general of Amnesty International in Germany

In fact, mass movements like Black Lives Matter or the protests in Hong Kong are almost impossible to imagine without the help of various messenger apps, online forums and chat rooms.

So, in the hands of some, the internet can be the ultimate tool of oppression, while for others it is an indispensable means of liberation.

In any event, Maria Ressa is determined not to leave this space in the Philippines to the regime: "We will continue to do our best, because I believe we do make a difference. That's our way of fighting back: more journalism," she said.

One aspect that gives Lina Attalah hope is that "at the end of the day, the internet cannot be 100% controlled; there will always be loopholes." She too is determined to continue as long as she doesn't end up in prison, like so many of her colleagues have. Egypt has more imprisoned journalists in recent years than almost any other country in the world.

Attalah and Ressa share the hope, however, that multinational companies do not supply repressive states with software that would allow them to further monitor or censor online media. They want to see a change in the way social media operates so that it can lead not to polarization, but to better information and understanding.