InfoMigrants' Tales from the Border podcast wins a Lovie Award

DW's InfoMigrants has been awarded Silver at the 2022 Lovie Awards for its feature podcast 'Tales from the Border' in the category Documentary Podcast. The awards were announced on November 2. 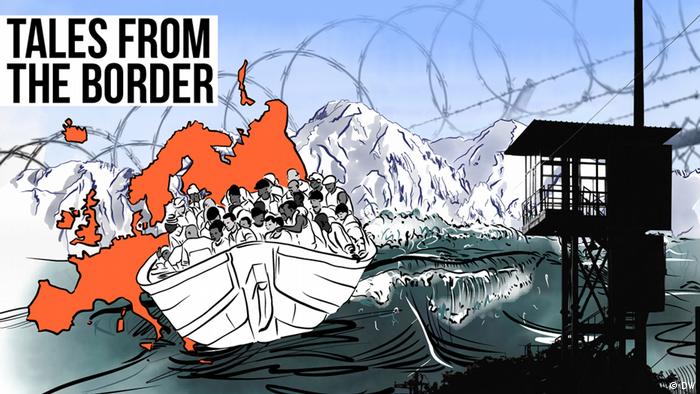 In eight episodes, 'Tales from the Border' takes listeners on an audio journey across the political and physical barriers that confront migrants as they attempt to reach their destination in Europe.

The feature format explores the realities faced by migrants who hope to make it into the EU from Africa, the Middle East or Afghanistan. The migrants themselves tell of the many obstacles they confront on these irregular journeys, including violent pushbacks by border guards, the fear of drowning at sea, or freezing to death in the Alps between Italy and France.

While InfoMigrants has produced shorter audio formats in French and Arabic in the past, Tales from the Border is the first audio production by the English service of InfoMigrants at DW.

Emma Wallis, Tales from the Border Producer and Presenter, says: "Audio is a medium which can take listeners to the heart of an issue. Where they can get up close and personal with the stories of people who may be more reluctant to tell their stories to camera. We have been reading the stories of migrants on these journeys since InfoMigrants was first launched in 2017, but allowing migrants to speak for themselves and walking their journey with them seemed perfectly suited to the medium of a podcast."

For the podcast, commissioned reporters in various locations such as Senegal, Serbia and the Italian-French border and conducted interviews with migrants and people working with humanitarian organizations, such as SOS Mediterranée, the Hungarian Helsinki Committee and Care4Calais, to gather the sounds, interviews and stories. It was produced and presented by Emma Wallis.

You can listen to Tales from the Border on Apple Podcasts, Deezer, Spotify or Soundcloud.

For more info on the Lovie Awards announcement, click here.