Julius von Bismarck: The threat level for artists and journalists is the same

The Berlin-based artist and master student of Olafur Eliasson talks about politics, provocation in art and the rights of artists and journalists. He says he is concerned about the rise of populism. 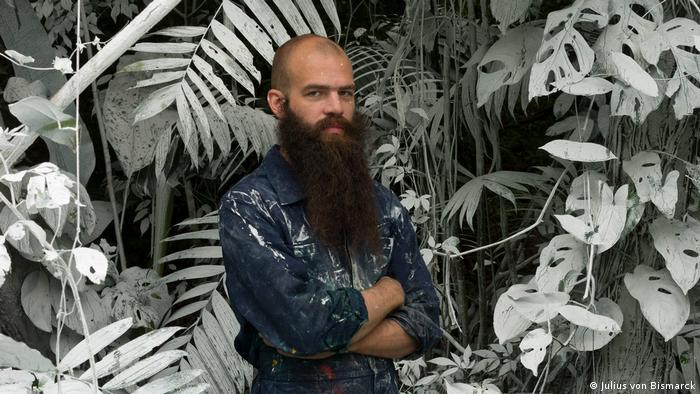 Julius von Bismarck during the production of the group of works "Landscape Painting", Mexico, 2015

This year's GMF theme, "Populism. Pluralism. Journalism", will be the topic of various digital discussions over the next few months. What - in your view - is the most pressing question that needs to be answered?

Julius von Bismarck: I am personally very concerned about the rise of populism. And I am convinced that the recent xenophobic attacks in Germany also happened because populism is finding its way into the media, including the print media – sometimes more openly, sometimes in a more subtle but no less effective way. Hate is not confined to hate speech on the net; we find it in traditional journalism, too.

They want to sell news, and they imagine that these sorts of headlines will press the right buttons. Populism is as simple as that. So, my question is: what can you do to counter it? What mechanisms are there in this country, and in other countries, to prevent news that leads to hatred? And how can we ensure that press freedom does not suffer in the process?

The situation of press freedom is critical in many places. What about artistic freedom?

Basically, the potential threat is the same whether you are a filmmaker, artist, satirist or journalist. Of course, there are certain differences. For a political artist the threat is higher than for a journalist who is not involved in politics and vice versa. It's as simple as that. 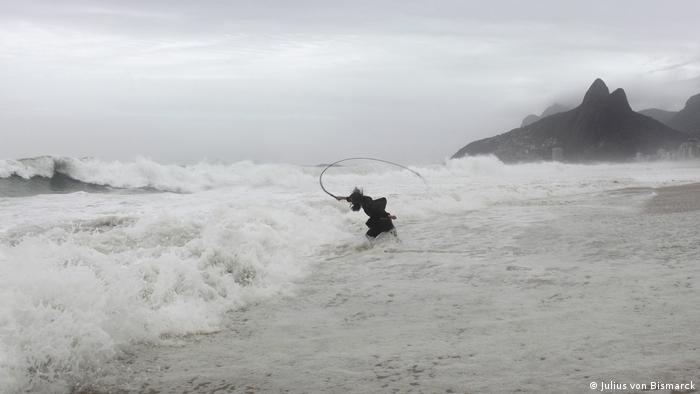 Your works continue to provoke: Have there been any legal conflicts, or have you ever personally been threatened?

In my work, I have to explore what creates the greatest effect. Art is resistance. So, I cross boundaries – in order to be effective. In this context, I have also chosen not to pursue certain work. Because I didn't want to become a target for people I am scared of.

The law, the German law in this case, doesn't help. In this country, people see artistic freedom as being intrinsic to democratic principles. But it's no use being right if you are then going to get shot by an Islamist, poisoned by the Russian secret service or murdered by a cartel. These are actual threats face by artists - and there is no law that is going to help you.

Of course, as far as possible, I try to anticipate things. For one of our projects in the US, for example, I had to make sure it was legally sound, so I checked beforehand whether what we were planning was perhaps a crime.

Your works appear in large exhibitions worldwide. What was the incentive for your involvement in the Global Media Forum?

I was attracted by the idea of meeting people who come from very different regions of the world and different disciplines, and who could give me new perspectives and content. And the idea of exchanging ideas with them about my work - for example in the context of presenting my work. I would be getting reactions from a very heterogeneous group. At exhibition openings, you're usually among your peers. Of course, I'm also interested in the art world, because after all, I make art. But that's not my source of inspiration. That's not where the content of my work comes from. 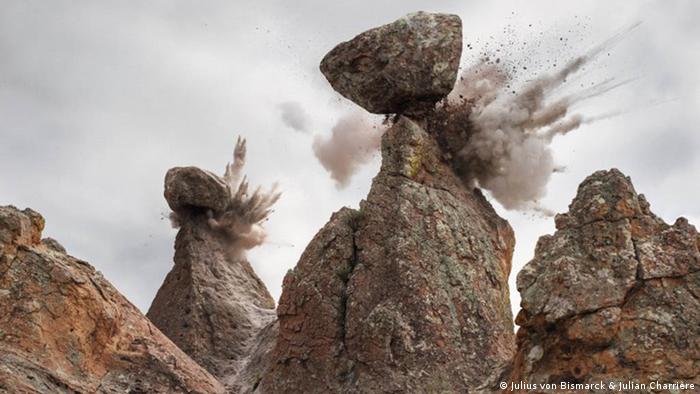 You often work in inhospitable places and on your own. Is that similar to being a (crisis) reporter?

The aim of my work is to examine and influence our view as human beings in the world and our relationship with the environment – such as the forces of nature. I have to be there where things happen that still demand a certain sense of interpretation.

Being close to the event is also part of the work of (crisis) reporters. In contrast to journalists, I do intervene in the events on location. A reporter, however, is expected to remain neutral.

Your artistic goal for years has been to change the human perspective. To what end?

Through my work, I want to allow people to experience a different perspective, and I want to do this without words, just through art alone. With words, we often respond with a preconceived notion, for example, we say "climate denier" or "climate activist". In this context, trying to alter our perspective doesn’t work that well anymore.

We often move within our own media or personal echo chamber bubbles, and this adds to a one-sided understanding of the world. Of course, we use the media, but this alone does not produce greater diversity of opinion. Our coexistence is fragile. One-sided perceptions and quick judgments have to be countered by the richness of diversity. The ability to alter our perspective is fundamental to our global and national coexistence.

Julius von Bismarck, born in 1983, studied visual communication in Berlin and New York, USA, and has been working since 2009 with Olafur Eliasson at the Institute for Spacial Experiments at the Berlin University of the Arts, where since 2012 he has been a master student.