Lack of three-dimensionality in reports on Afghanistan

The head of DW's Dari and Pashto Service, Waslat Hasrat Nazimi, has dedicated her new book to highlighting the human rights violations women and other marginalized groups — including journalists — face in Afghanistan. 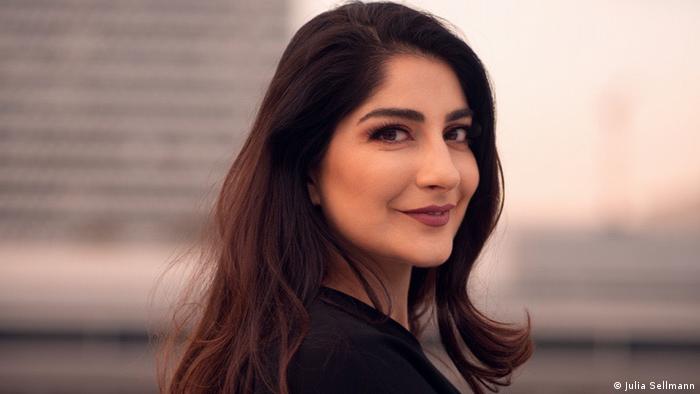 "The people affected by war and conflict should come first, and not the extent to which we are affected here in Europe", says DW's Head of Dari and Pashto Service Waslat Hasrat-Nazimi

Since returning to power last year, the Taliban have dismantled most human rights that had been won in the past two decades. But there are also many things that have been misunderstood about Afghanistan ever since the US invasion in 2001.

Waslat Hasrat Nazimi, the head of DW's Dari and Pashto Service, addresses the role of the media and the power of images in the public eye in creating such wrong interpretations — especially the one-sided portrayal of the Afghan society — in her new book titled "The Lionesses of Afghanistan." 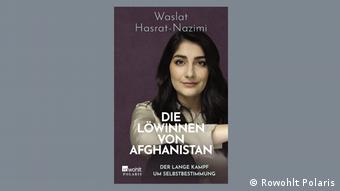 Book cover of "The Lionesses of Afghanistan" by Waslat Hasrat-Nazimi

Ms. Hasrat-Nazimi, what prompted you to write the book "The Lionesses of Afghanistan"?

After the Taliban took power in Afghanistan, the rights of women and marginalized groups were successively undermined. Today, women and girls live under systematic oppression and have been banned from the public sphere. It was important for me to do my part to draw attention to what has gone wrong, what could be done better, and what women in Afghanistan are doing today to resist this. 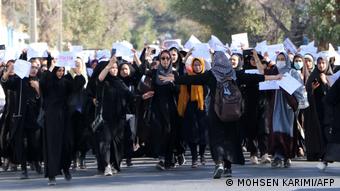 Afghan female students protest as they march from the University of Herat after a suicide bomb attack in a learning centre in Kabul in October, 2022

It is important that Afghan people, especially women, are not forgotten, and that awareness is raised about what has become of the 20-year mission of NATO allies (in the country). We cannot simply let the achievements of the last two decades, as well as those of the period before, be erased once again.

You use one prominent example, the "Afghan Girl," to exemplify the sometimes simplistic and stereotypical portrayal of Afghan society. You say, among other things, that images like these helped to legitimize the "war on terror," and also speak of sensationalism in journalism. What role do images, or the media in general, play in the portrayal of Afghanistan? 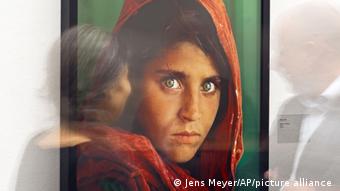 We all have certain images in our minds when we think of Afghanistan. For people who have not been to Afghanistan, these are mainly shaped by the news. Mainly, it's a woman in a burqa, a bearded man with a Kalashnikov, and desert-like landscapes. The Afghan population was rarely ever noticed at all in its complexity, three-dimensionality and ethnic and religious diversity.

This was especially true for women. There were only two extremes: the exoticized beauty — like in the famous photograph "The Afghan Girl" — or the pitiful victim like Bibi Aisha with the severed nose. Images like these may help legitimize the purpose of war, but they have not helped women to achieve greater emancipation and self-determination.

Now that the US and its allies are no longer deployed and no longer present in the country, there has been a massive decline in media coverage in the Western world. There is a general impression that a kind of freedom still exists, and that the Afghan people would have liked to see the Taliban in power.

However, this assumption is false and serves a perpetrator-victim reversal narrative. Currently, over 95% of Afghans do not have enough to eat. This is one of the world's greatest hunger crises, but it is virtually absent from the media. At the same time, terrorist attacks and fighting continue. But this is also largely ignored. 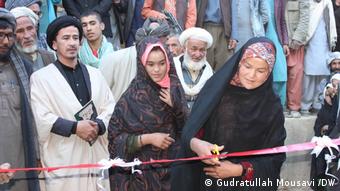 Reporting on society as life goes on in Afghanistan: opening a library in Daikundi

You criticize the one-sided portrayal of Afghanistan. What would you like to see in terms of the portrayal of such conflict regions, and what tips can you give journalists to this end?

My wish would be that media reporters who have reported on Afghanistan would take heart and ask themselves what they personally would have done differently, and what they would do differently in the future. Of course, the situation cannot be transferred directly to other countries in conflict, but there are parallels and similar mistakes being made there as well.

In my opinion, the people affected by war and conflict should come first, and not the extent to which we are affected here in Europe. After all, a realistic view of conflicts also requires that we see those affected as three-dimensional beings who have their own life plans, goals and dreams. This humanity must be respected and portrayed.

This interview was conducted by Clemens Lampe.

How life has changed for Afghans since the Taliban takeover

Blacked out: Media freedom under the Taliban

The United Nations said the Taliban detained three of its Afghan female staff and asked local authorities to be respectful. Meanwhile, Afghan women called upon UN human rights body to do more to ensure their rights.

Afghanistan was Germany's longest and largest military engagement in modern history, but not its only one. The debacle there has prompted a new debate over the country's troop deployments elsewhere.