Lessons of the Information War

Putin's invasion of Ukraine has unleashed its own interpretive battle online, an unprecedented confrontation of military force and media power. An essay by media scholar Bernhard Pörksen. 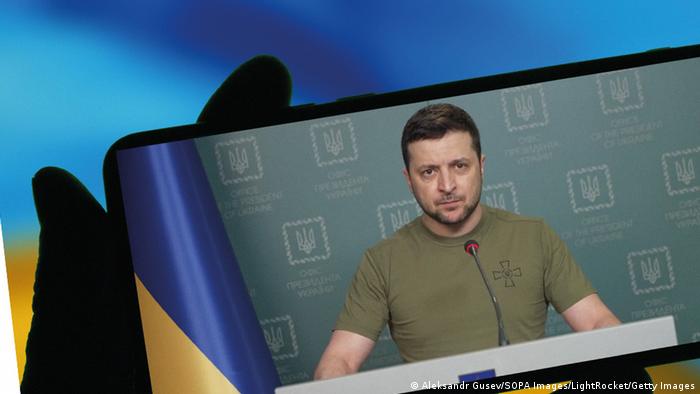 Putin's invasion of Ukraine has unleashed its own interpretive battle online, an unprecedented confrontation of military force and media power. In this essay, media scholar Bernhard Pörksen analyzes public perceptions of the war and makes a case for normative self-assurance in driving communicative action.

There are, it turns out, two rival parallel realities shaping the public perception of Putin's war of aggression. The first one resides in the analog world. Here, Ukrainian soldiers and civilians are being killed, on the run, in a hail of bombs, hounded and hunted. Here, in the end, it is clear who holds the balance of power, despite the desperate courage with which Ukrainians have defended themselves and the fact that no one expected their resistance to last, the way it did, for weeks and months. Putin, in this reality, has every opportunity to have the powerless shot down, just as he, indeed, has cold-bloodedly and ruthlessly done. His military victory, should his armies continue the attacks, is merely a matter of time, despite the arms deliveries and sanctions. Success, in this context, means: the powerless shall suffer defeat.

In the second reality – the communications-based network reality – however, the balance of power, since the start of the war, has been decisively different. In this realm, Putin marches toward defeat, for here the rules of the game are fundamentally different – and the West is united in a rare show of solidarity. Success here, in the online world, means establishing your narrative, asserting your prerogative of interpretation, and effectively promoting your own model of society and life. It is here that the military imbalance of power between Russia and Ukraine is no longer perceptible. For here two journalistic powers confront each other online. One of these is the totalitarian power embodied by Putin. He presides as commander, in charge of a largely amorphous collective which seldom exhibits an individual face. His mercenaries set out to have the Ukrainian president assassinated. His media write about a military operation. The words war and invasion have been banned, the media severely curtailed and the opposition harshly suppressed, with ever new laws aimed at abolishing independent journalism. Armies of trolls roam the social networks to shout down dissenters, simulate opinion majorities, spread fear and terror, threaten the Ukrainian civilian population, on the one hand.

On the other hand, these days and weeks have seen a sudden surge in the power of the networked many, led by Ukrainian President Volodymyr Zelensky, who has emerged as an expert in strategic communication on social media. Each day, he posts multiple videos and messages on his channels, which people in Western countries everywhere translate and disseminate. He is seen in very different roles and in very different places, sometimes at night in front of the presidential palace, sometimes together with his ministers in a bunker. Sometimes you see him in a military green T-shirt, then again in a sweater, unshaven, pale, and exhausted. Here, existential authenticity takes the place of the violent authority of a Putin. It is precisely this charisma of vulnerability that is the secret of Zelensky's fascination. 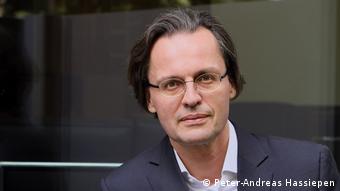 Dr. Bernard Pörksen is a professor of media studies at the University of Tübingen, Germany.

Where does the Ukrainian president's media power lie, and how can his influence on public opinion in the Western world be explained? In narrative terms, it is the famous, archetypal David-versus-Goliath story that is at work here. In terms of world ideology, the Ukrainian president has long appeared as a symbolic figure of the open society. From a moral point of view, it is his risking his own life, his refusal to flee, that struck a chord with and drew the admiration of people around the world. And from a media-analytical perspective, Zelensky has become a very familiar figure on social media; as if the public knows him, as if he has become – precisely through the familiarity created by the media – a relative, a friend whose courage they admire. The key aspect is this: it is through their presence on the social networks that he and his people have mobilized. They encourage the formation of a community, which – unlike a strictly hierarchical collective with well-defined internal-external boundaries – could be called a connective. Meaning: an organization without organization, created with the help of digital media and by sharing information with a common focus. The appeal of such a connective is the mixture of openness and purposeful participation, of individual visibility and a sense of belonging. People working together feel committed to one cause.

But, in this context, exactly who is involved in the defense of Ukrainian independence? Difficult to say. And equally difficult to control. There are those who network on the ground and across the country via Facebook, taking down street signs to mislead the attackers. As well as those who post videos and documents inspiring civil courage, who spread instructions on how to build Molotov cocktails, who give tips on Twitter on how to build roadblocks and plan escape routes. One could list many more initiatives and players, all of which belong to the connective, this new type of a globally networked public sphere.

It is here, in the digital media of the Western world, and in the second reality of communication, where Putin has lost. Globally networked connectives are structurally far superior to the collective of a stringently hierarchical propaganda state when it comes to the color, diversity, and intensity of their staging possibilities. This is good news. However, while this communicative prowess inspires and fires the Western world's solidarity and will to sanction and accelerates the ostracism of Putin's aides all over the world, it has yet to save people in Ukraine. They are being harassed and killed in the first reality of the war, and this first reality is the decisive one.

In view of this war, however, it has become clear that social networking is one instrument that can certainly be used to humanize and democratize the situation. This, however, requires certain prerequisites. It requires strong determination, collective focus, and possibly the willingness, on the part of the individual, to risk it all. And it needs, more than ever, to give some basis for normative self-assurance of open society, which must readily discern what in Ukraine is being bombed and what faces existential danger. It is our own cosmos of values, our own model of life, and coexistence in diversity and freedom that are also at stake.

Bernhard Pörksen is professor of media studies at the University of Tübingen, Germany. His new book, Digital Fever: Taming the Big Business of Disinformation (Palgrave Macmillan) is out now.