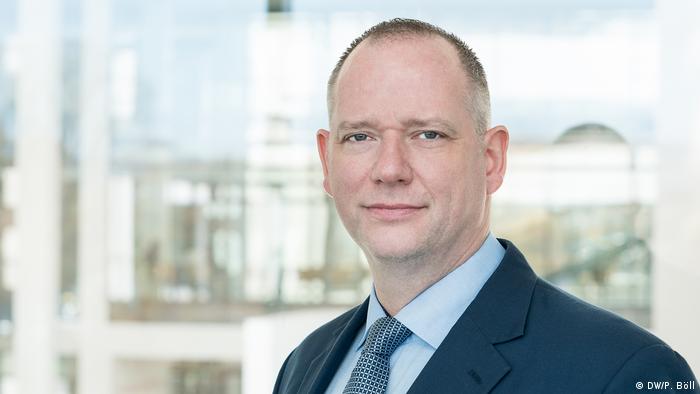 "We support the development of free media systems worldwide and enable people to deal with media in a critical and responsible way.” – Carsten von Nahmen, Managing Director, DW Akademie.

Carsten von Nahmen, born 1969, has been in charge of DW Akademie since 2018. He studied Journalism and History at the Technical University of Dortmund, and joined Deutsche Welle in 1992 as a trainee. Afterwards, he worked as a freelance reporter and political correspondent for DW and other media, including WDR, Frankfurter Rundschau, WELT and the Namibian Broadcasting Corporation, for several years.

In 2004, he joined DW Akademie for the first time, where he was responsible for media development and training activities in various regions such as Eastern Europe, Sub-Saharan Africa and the Middle East. In 2014, he returned to active journalism at Deutsche Welle as Head of News and Deputy Editor-in-Chief. He worked as senior correspondent for DW’s Washington bureau from 2017 through 2018, before being appointed Managing Director of DW Akademie.