Pfizer and BioNTec are preparing to submit their vaccine to US regulators for approval for emergency use, which they hope to secure by mid-December. The two pharma firms said they had found no major safety concerns. 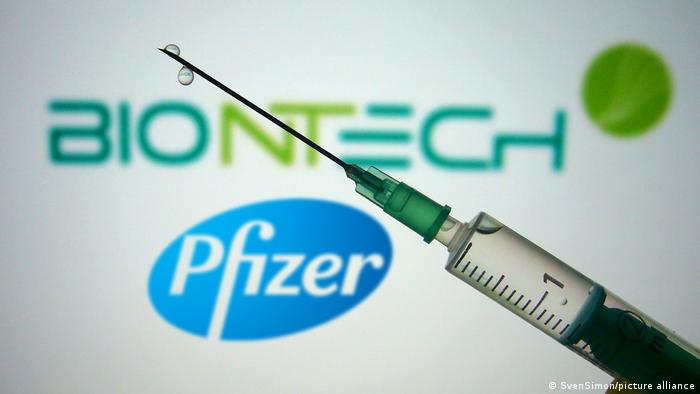 Final results for the coronavirus vaccine developed by US-based Pfizer and German partner BioNTech showed its shot had a 95% efficacy rate, the two pharmaceutical firms said on Wednesday, with the trials also providing two-months worth of data on the vaccine's safety.

The latest results came at the conclusion of phase-three testing of the vaccine. The two companies also said that they have met the safety milestone required by US Food and Drug Administration.

They now plan to formally ask the US regulator for to allow emergency use of the vaccine "within days." The two pharma firms also said they have sent the vaccine's trial data to other regulators in Europe, the UK and Canada.

BioNTech Chief Executive Ugur Sahin said if all goes well, the vaccine could be approved in the US for emergency use by mid-December. He added that conditional approval in the European Union, which has secured a commitment from the two firms for 300 million doses, could be achievable by the second half of December.

The announcement comes two days after Moderna, another US firm, said its own COVID-19 vaccine was 94.5% effective.

What were the results of the Pfizer-BioNTech trial?

Pfizer and BioNTech initially estimated the vaccine was at least 90% effective after 94 infections had been counted in a study with 44,000 participants. With Wednesday's announcement, the two firms said their study involved 170 coronavirus infections.

However, only eight of the infected were in the group that received the vaccine. The other 162 were among participants in the placebo group who received a dummy shot.

Ten severe cases were reported in the study, nine from the placebo group and one who had received the vaccine.

The two firms said the 95% efficacy was consistent across age groups, genders, and race and ethnicity demographics. Efficacy in adults over 65 years old, who are at an increased risk of dying, was at 94%, they added.

The companies' representatives also reported that the vaccine was well-tolerated. The only adverse effects experienced by volunteers were fatigue and headache. Of the 8,000 participants, 2% had headaches after the second dose, while 3.8% experienced fatigue.