​​​​​​​"On no account should we let our voice be silenced," DW Freedom of Speech Award laureate Tobore Ovuorie said in Bonn on Monday. Other GMF speakers also called for press freedom and the safety of journalists. 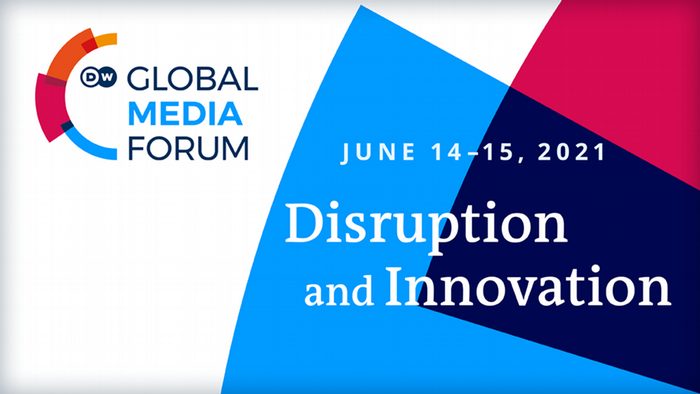 At the presentation of the Freedom of Speech Award, Director General Peter Limbourg said: "Tobore Ovuorie has met extreme challenges during her investigation into the trafficking of young women from Africa to Europe. She brought the fate of thousands of victims to the attention of authorities, who without the work of this brave journalist, would not have been forced to act." 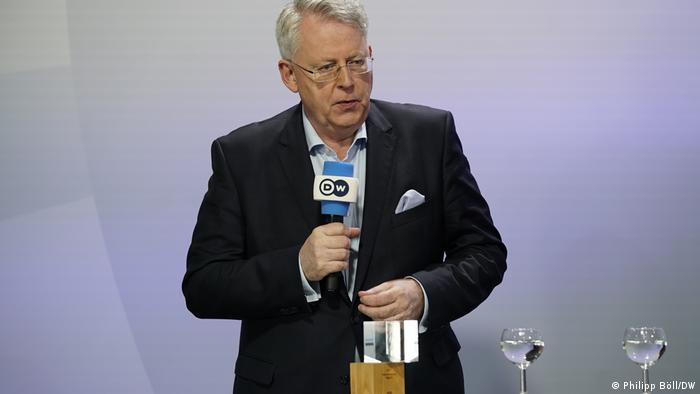 Director General Peter Limbourg during the Freedom of Speech Award 2021 ceremony in Bonn.

Award winner Ovuorie from Nigeria said in her acceptance speech: "Being a journalist in Nigeria is difficult. We struggle for an economic basis for our work and fight for access to information. We have doors slammed in our faces when we ask questions and are bullied, intimidated, arrested and imprisoned. I can confidently say that the free press in my country and surrounding African countries like Cameroon is in terrible shape."

Ovuorie used a metaphor to describe the Twitter ban in Nigeria: "Now, I have to climb the fence and get into my apartment - Twitter - through the back door and windows like a thief even when the keys to my apartment are with me. This is how my colleagues have been operating as well in Nigeria since the Twitter ban was slammed by the Nigerian government on the country with no fewer than 200 million persons. In a democracy, this should not be." 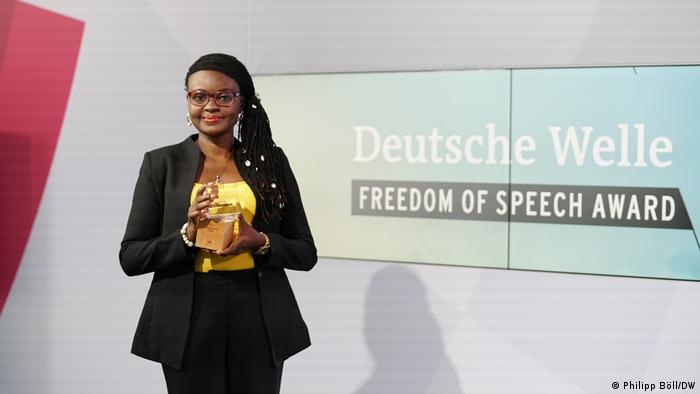 Ovuorie urged "governments of the world to prevail on the Nigerian government to end the Twitter ban. Democracy should be of the people and for the people. Nothing less. Critical and sophisticated journalism in Nigeria is shrinking and democracy is being weakened due to freedom of speech being limited. She said that the Internet is "a great tool for journalism and democracy."

Kenneth Roth, executive director of Human Rights Watch, gave one of the laudations for Ovuorie. He said that "Deutsche Welle made an inspired choice by selecting Tobore Ovuorie for this year's Freedom of Speech Award. We hear of journalists going above and beyond the call of duty to investigate a story. Tobore Ovuorie took a step that was simply unimaginable. She became aware of the horrors of sex trafficking by speaking to some of the victims. But to understand their plight more fully, she joined them. She placed herself in a position where beatings and rape were predictable. Little did she know, she would come within a hair's breadth of being murdered.  I cannot think of a more courageous journalist. Her passion to unearth the truth – to reveal the plight of the victims and the cruelty of their persecutors – led her to take a leap that very few journalists ever could summon the bravery and sense of duty to replicate. She is an inspiration to anyone who seeks to ferret out the truth. That passion for the truth is essential for bringing to account criminals and abusive officials. Atrocities happen behind closed doors. It takes someone with the commitment and dedication of Tobore Ovuorie to pry those doors open." 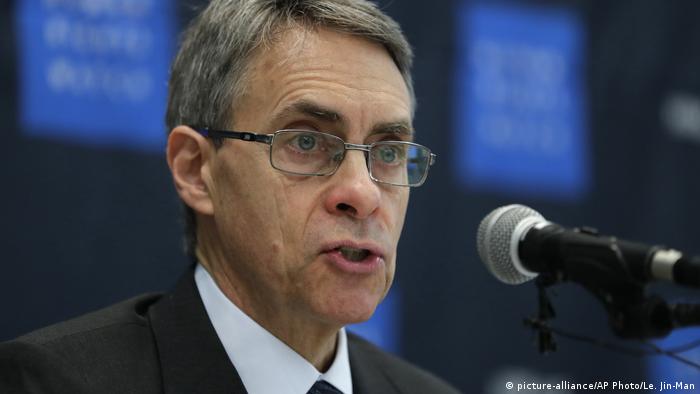 Press freedom violations around the world

"The freedom of speech and the freedom of the press have been under pressure for a long time and before the onset of the coronavirus pandemic. But the pandemic has reinforced and intensified repressive tendencies worldwide," Annalena Baerbock, chairwoman and candidate for chancellor of Germany's Green party, said today at DW's Global Media Forum. 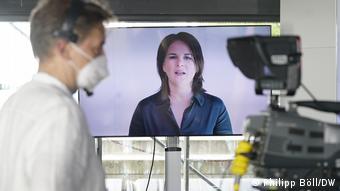 "It is only when different perspectives and different opinions can be freely articulated, when information from different sources is available to us, that each of us can make up our own mind and develop our own questions and specific attitudes," she said. "Only then will it become clear that there is always an alternative and always a choice. That is precisely what makes the freedom of opinion and the freedom of the press so 'dangerous' for repressive regimes, – and at the same time what makes them so indispensable for society and for politics – in authoritarian just as well as in democratic states."

In a GMF interview today, Belarusian opposition politician Svetlana Tikhanovskaya said: "There is no opposition in Belarus. Only the regime and the majority - the citizens, who have nothing to do with politics." The disrespectful handling of the pandemic by the Lukashenko government and the appearance of new candidates on the political scene, including Tikhanovskaya's husband, Sergei Tikhanovsky, have given people new perspectives and strengthened their desire for democracy, she said. In addition, online media, especially from abroad, should have provided the population with facts and information instead of preconceived opinions. 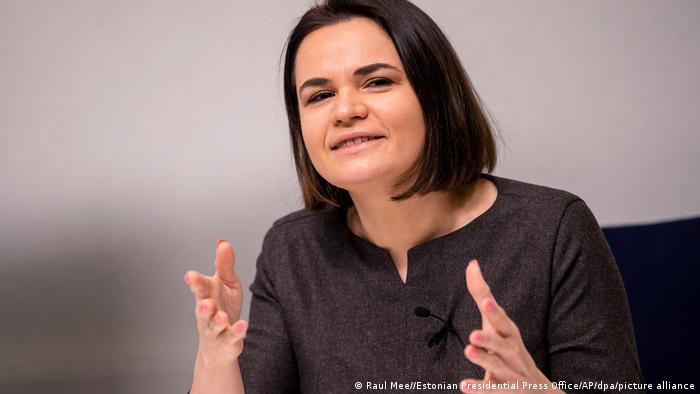 Tikhanovskaya asked journalists worldwide to ensure that Belarus did not disappear from the news agenda. She said coverage of the demonstrations had died down. Tikhanovskaya said journalists must keep the discussion going on three issues: Pressure on the regime, the judiciary's behavior toward the state and citizens and support for journalists in Belarus, especially those in prison. "Every journalist in Belarus has now become a [potential] target," Tikhanovskaya said.

Participation in the virtual Global Media Forum is free of charge. You can find the program and register online at gmf.dw.com. You will then receive the link to the livestream by e-mail.

The DW Global Media Forum is Germany's only international conference for representatives of the media from all over the world. Together with its main partners, the German Federal Foreign Office, the State of North Rhine-Westphalia, the Foundation for International Dialogue of the Savings Bank in Bonn, the Federal ministry for Economic Cooperation and Development and the City of Bonn, DW offers media professionals a unique opportunity for interdisciplinary discussions with opinion-leaders from different fields around the pressing issues of our time.