Tens of thousands of Sudanese protesters have taken to the streets calling for reforms and demanding justice for those killed in anti-government demonstrations that ousted President Omar al-Bashir last year. 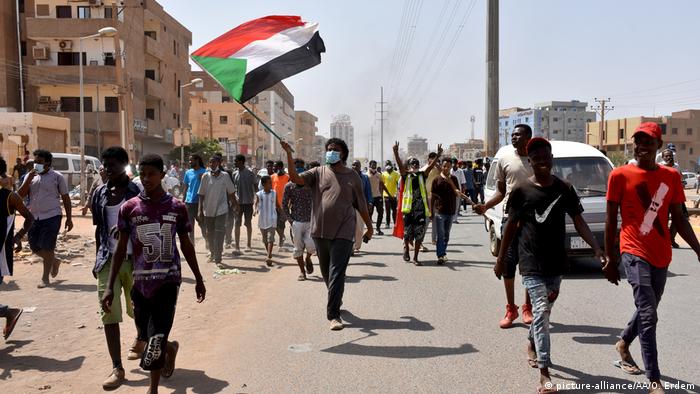 Tens of thousands demonstrated on Tuesday in Sudanese cities despite a coronavirus lockdown to demand greater civilian rule in the transition towards democracy after the ouster of veteran strongman Omar al-Bashir last year. Waving Sudanese flags, protesters gathered in Khartoum and its twin cities Khartoum North and Omdurman after the government closed roads and bridges leading to the center of the capital.

Similar protests took also place in Kassala in eastern Sudan and in the restive region of Darfur. They chanted "freedom, peace and justice", the slogan of the anti-Bashir movement. Some protesters blocked streets with burning tires. "Our demands are peace ... and justice. We call for economic reform and appointment of civilian governors to states," a protester in Burri, east of Khartoum, told AFP news agency. "This march is to put the revolution back on course."

Bashir was ousted by the military in April 2019 following months-long mass protests against his 30-year rule, in an uprising triggered by economic hardship. Many on Tuesday chanted the catchphrase of anti-Bashir protests: "Freedom, peace and justice." 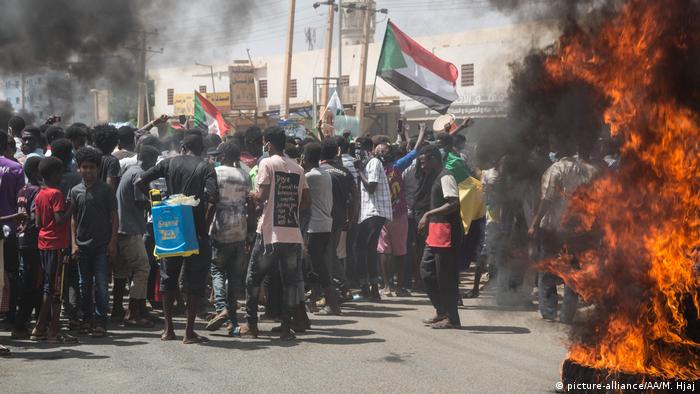 Sudan has since August been led by a civilian-majority administration presiding over a three-year transitional period. The country's political transition came on the back of a power-sharing deal between military leaders, who ousted Bashir, and the protest movement. Sudanese Premier Abdalla Hamdok, a technocrat, governs the country in awkward tandem with the long-dominant military.

An opposition coalition agreed to joint governance with the military as part of a transition deal, but key parts of the agreement have not been implemented, such as appointing civilian state governors and establishing a parliament.

The post-Bashir administration has vowed to tackle the country's daunting economic woes, largely blamed on the former regime's policies, and forge peace with rebel groups.

But the worsening economic crisis has caused the nation's currency to plunge and pushed up annual inflation to over 100%. The crisis has been compounded by the coronavirus pandemic.

Prime Minister Hamdok on Monday sought to reassure the protesters, saying that their demands are "legitimate'' and "necessary to correct the revolution's track.'' He said the military-civilian alliance that rules Sudan during this transitional period was "sensitive and critical,'' adding that there are many "difficulties'' that threaten its stability. He did not elaborate.

Hamdok sought to appease disgruntled citizens with a speech Monday night in which he said he would announce major decisions on the way forward within two weeks. He gave no details but added: "The transitional government ...(is) aiming to achieve the highest levels of consensus and popular approval."

Sudanese Prime Minister Abdalla Hamdok was traveling in convoy through the capital of Khartoum when there was an explosion. Hamdok survived and was taken to a "safe place" but it isn't known who carried out the attack. (09.03.2020)

At a donor conference for Sudan, Berlin promised to make investments in in areas such as water, food security and education. Germany urged the Sudanese government to invest in human rights.  (25.06.2020)