Reporting gender: How journalists can deal with controversial topics

Gender politics holds the power to divide societies, both in countries with restricted media markets and in those with free speech. How can journalists and media outlets deal with topics that carry such erosive power? 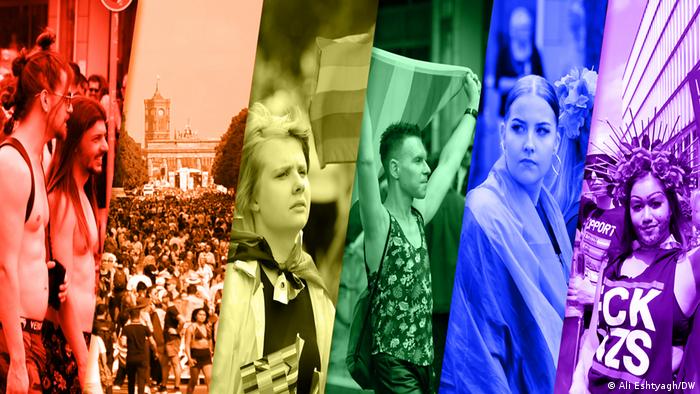 In the German media landscape, there are increasing headlines dedicated to sex and gender issues, even more so ever since a new option was introduced by law to allow people to officially identify their gender as "diverse" in 2018— in addition to male and female.

What does diversity really mean?

Many changes in language as well as in everyday life are also being discussed as part of this social discourse.

Although there are various dimensions to consider when dealing with the concept of gender, not all of them are seen as valid in determining sex: The boundaries between social attitudes and scientific bases appear to get progressively blurred.

The biological perspective of the two-sex theory, on which societies have based their laws and social rules for centuries, is still the prevalent school-of-thought in the scientific community.

According to biology, human beings are categorized as mammals whose genetics determine whether they qualify as female or male: Females carry two X chromosomes, while males carry an X and a Y chromosome. Even in the case of intersex individuals, only the X and Y chromosomes are used to determine the biological markers of sex. Christiane Nüsslein-Volhard is a German biologist and biochemist. She has been honored with numerous awards

German biologist Christiane Nüsslein-Volhard, who received the Nobel Prize for physiology or medicine in 1995 for her research on the genetic control of embryonic development, has publicly stated that biology is unequivocal in determining sex: “Of course, there is a range when it comes to gender, or social sex, while biological sex is only female and male.”

She stresses the fact that there needs to be a clear distinction between biological sex and gender: “There are some very ‘feminine’ men and very ‘masculine’ women, which not only has to do with cultural factors, but with different hormone levels, too, among other things,” she told the feminist German magazine EMMA in August 2022.

Jan Noll, editor-in-chief of Siegessäule, Europe’s largest LGBTQ+ community magazine, does not agree with this strict biological way of determining such a central aspect of identity: “There are clearly people who don’t identify with this concept. And they do exist.”

Activists as well as many people who simply do not identify with their biological sex consider the two-sex theory to be limiting and discriminatory. Many of them demand the introduction of laws and social rules to create more inclusion and diversity. They also want further medical research to be conducted, while seeking equal access to political and social participation.

German law introduced the term “diverse” in 2018 as a third official sex “for people who due to a variation in their gender development cannot be clearly assigned to either the female or male sex.”

The role of the media

The rise in the use of social media platforms has resulted in greater variety and higher interaction between quality media outlets and their users. By itself, this has led to a greater diversity of opinions being discussed and shared — not only when it comes to gender issues.

However, not all of these views are based on reliable information and actual facts, as the proliferation of misinformation campaigns in recent years shows. This is why, against the backdrop of such heated discussions, the straight-forward journalistic task of reporting can grow more challenging as news outlets seek to provide context and orientation on many such unresolved identity questions.

How can journalists manage to remain professional in their reporting? How can they avoid inadvertently becoming part of the problem as social attitudes increasingly seem to dictate the content and direction of many publications? 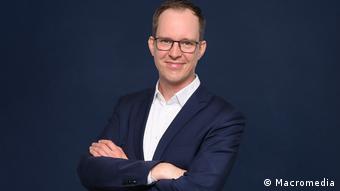 “Journalists need to develop science literacy as they need the competence to judge statements and select interview partners,” says Florian Meissner, professor for media management and journalism at Macromedia, University of Applied Sciences in Cologne, Germany.

“Conflict sensitive reporting means not to exacerbate things unnecessarily but rather to give space to solutions and alternatives.”

But this is not always easy to accomplish, depending on individual circumstances. For example, reporting on LGBTQ+ issues varies widely in both quality and quantity in various regions, even though people who identify as being part of the LGBTQ+ community anywhere in the world typically tend to have similar political demands: they seek greater acceptance and recognition. In many cases, they turn to the media to share their stories. But that’s not always easy.

According to the German Lesbian and Gay Association, homosexuality is still subject to criminal prosecution in 69 countries around the globe. In 11 of them, gays and lesbians can even face the death penalty.

The civil rights organization argues that in such regions, political and religious leaders tend to create an atmosphere of fear and hate, resulting in the marginalization, persecution, and impoverishment of members of the queer community.

But even in societies with a free press, there are certain difficulties and additional hurdles which journalists have to overcome when covering these issues. When working for mainstream publishers, it still is difficult to report on queer and gender related topics, Meissner explains: “Incidentally, such issues are not only limited to restrictive media systems, but can also be heard in Germany, especially in connection with public service broadcasting.”

He adds that reporting on gender, sex and sexuality can easily be exploited to attack media companies. “Of course, one can try to present these issues as neutrally and scientifically as possible, but I’m skeptical that this will offer sufficient protection against hostilities,” Meissner concludes.

On the other hand, however, focusing exclusively on specific topics like LGBTQ+ rights and issues can benefit not only a publication but help alter perceptions across various social strata. For example, Siegessäule has long become one of Europe’s largest queer magazines, providing content in both German and English.

“We started as a grassroots initiative,” says Jan Noll, remembering how the magazine was first launched in 1984. “In the first 25 years, information about HIV and AIDS was pretty much in the focus of the magazine. At that time reporting about these topics was tendentious and stigmatizing, and very much neglected in news media,” the editor-in-chief reflects, highlighting that the publication captured the attention of its audience with the quality of its journalistic reporting on HIV and other subjects.

The success story of Siegessäule shows how a niche magazine can grow into a relevant media outlet for a larger international community: by addressing complex issues with professional reporting while also tailoring its content to meet the expectations of its target audience.

However, editor-in-chief Noll adds that reporting on LGBTQ+-related topics still remains a challenge for many mainstream media outlets, with many stories being one-sided in one direction or the other. 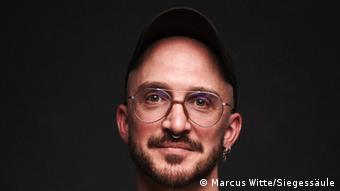 Jan Noll is editor-in-chief at Siegessäule

Noll thinks that publications need to draw lessons from their failures; his own publication, he says, follows this principle. He cites as an example that Siegessäule has observed how diversity, representation, and other identity-related topics have been rising in importance. Therefore, it is pursuing an increasingly intersectional approach — while learning from mistakes.

To this end, Noll and his team have to constantly discuss the language and imagery they use in their reporting: “It’s a process, as standards change. Failure is included in that process. And sometimes a problem of representation becomes apparent only following publication.”

Sticking to the basics

So how can we move forward? Florian Meissner suggests that journalists "keep being fair, listen to all partners, and avoid false balance."

Avoiding false balance, or “not to falsely present outsider perspectives as if they were more common,” especially keeps media professionals on their toes. The first step in the so-called gender debate might therefore be: To consequently distinguish between sex and gender and to apply selectivity to wording, pronouns, and scientific theories.

This article was contributed by Jovana Kastratovic.

The German government is calling for a new "self-determination" law that would make it easier for people to legally change their gender and name. But not everyone is convinced.

Diversity at work: A win for everyone! - MADE