Disinformation and fake news pose a threat to democracies. According to Dr. Markus Kerber, fact-checkers, political parties and citizens themselves all play a crucial role in promoting digital and media literacy. Disinformation, i. e. the targeted dissemination of deliberate misinformation to achieve a political goal, is a very old phenomenon. In your view, what is new about its current threat to democracy?

What is new about this phenomenon is that false and misleading information can now be disseminated over the Internet with much greater reach and at relatively low cost. This makes it possible, for example, for the creators of disinformation to simultaneously test different content in order to increase their reach. The personalization of content in social networks also makes it possible to target disinformation at specific groups of people, for example through paid advertisements. In addition, the initial sources are often not recognizable at all because they conceal or even falsify their identity. As a result, the problem of disinformation is much greater today than it was in the past, for example during the Cold War.

Research shows that subsequent corrections in social networks are much less widespread than disinformation. In part, there is still insufficient knowledge about the effect of disinformation on different social groups. The Federal Ministry of the Interior monitors politically motivated and very targeted disinformation, which can have a negative influence on the free formation of opinion and the political decision-making process, for example by undermining trust in government agencies, the independence of the media or democratic processes.

We live in a world in which one has the impression that there is no more truth or that one can choose “one’s version of the truth.” What role do you see for authorities and for the media in combating disinformation?

The doubting of generally valid facts is not a new phenomenon, because the idea of objective truths has been scientifically questioned before. On the other hand, there is a broad consensus on many issues, e. g. the extensive findings on climate change. Therefore, it makes a difference whether things are simply claimed or whether they are well-founded and verifiable. Above all, it makes a difference whether false and misleading claims are disseminated deliberately in order to deceive the public.

It is not the task of the state to actively distinguish between truth and falsehood in the public debate. This is largely the task of the media, fact-checkers, political parties and citizens themselves. Online platforms must also take stronger action against the spread of disinformation and are doing so to varying degrees. However, the state can, within the scope of its possibilities, work towards making the public even more aware of targeted disinformation, for example through civic education. As part of its prevention efforts, the Federal Office for the Protection of the Constitution also raises awareness of disinformation and influence emanating from foreign government agencies and media close to the state. A vigilant public and critical journalists are crucial for preventing disinformation.

How do you define the boundary between defending freedom of expression and combating disinformation by means of criminal prosecution?

Possible legal measures to stop the dissemination of disinformation must always be weighed up very carefully, as the process of forming public opinion must not be unduly restricted. Furthermore, criminalizing false statements, as is sometimes called for, would create very practical problems. It is not always possible to distinguish clearly between opinions — which fall under the protection of freedom of expression — and factual claims. Criminal law will therefore not solve the problem of disinformation. Other means are needed to combat disinformation. One possibility would be to focus more on the mechanisms of information provision in social networks. More transparency and traceability is needed here.

How do you assess the role of foreign actors and media in Germany in the dissemination of disinformation and what can you do about it?

In principle, all journalistic reporting may be critical, even critical of the government. The media fulfil an important democratic control function here. At the same time, we see that, for example, the political reporting of Russian state-run and state-affiliated media in Germany is often one-sided and tendentious, and that sometimes misleading claims are disseminated. Due to the connections of these media to Russian state authorities, a decidedly political agenda can be assumed. The Federal Office for the Protection of the Constitution, for example, has already explicitly pointed this out. The aim here is quite obviously to intensify social conflicts and to stir up mistrust of public institutions and the democratic process. Therefore, one can only point out again and again that the reporting by these media is not independent and should not be understood in this way.

What advice do you take to heart or give your children to avoid the dangers of disinformation?

One should look closely at every news item, especially those with lurid headlines. Which sources are mentioned, is there publication information? For social media accounts: how long has the account existed? Is it verified? Are other credible sources also reporting on this topic? One should be aware that disinformation is a worthwhile business model for some actors. And the most important thing is not to share dubious information with others. 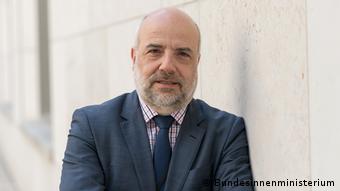 IT and Cyber-security is a department within DW responsible for IT security issues. It is primarily tasked with the development and enhancement of organizational regulations, IT security issues as well as the monitoring and analysis of developments around the topic of Internet censorship. The team oversees the threat assessment for DW, and develops and prioritizes measures for “Cyber Threat Awareness.” Other responsibilities include consultation with all units in DW on compliance with organizational regulations and risk-conscious handling of information and data. The department also focuses on measures to raise awareness of risk-conscious handling of information and data to ensure secure access to DW content via digital platforms. In addition to that, it is important to coordinate all Internet censorship measures. The department represents DW on data security issues at funding agencies, political organizations and authorities. 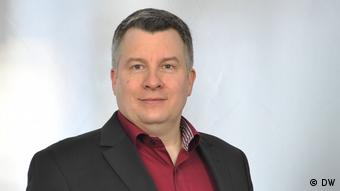 Ingo Mannteufel is a journalist and cyber security expert. As head of DW’s IT and Cybersecurity department, he is responsible for the establishment of innovative approaches to IT security. Prior to that, he was head of the Department for Russia, Ukraine and Belarus. He studied Slavonic and East European Studies at the University of London and the University of Cologne.