The Core dimensions of Diversity 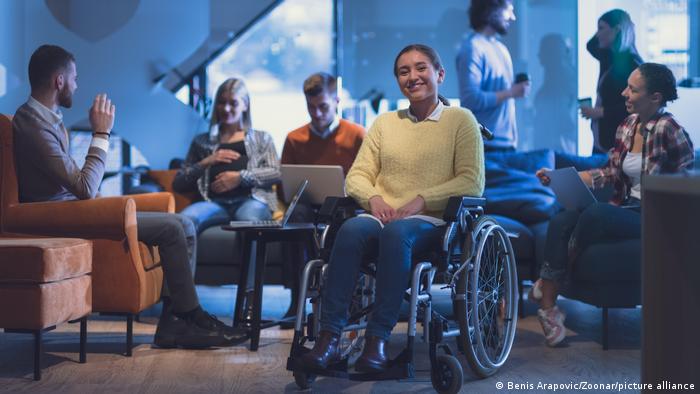 The Charta der Vielfalt defines the four layers of Diversity as the basis to establish a successful Diversity Management. The inner dimensions of Diversity are defined as follow:

Ethnicity: More than a quarter of all consultation requests to the German federal anti-discrimination office concern the topics racism and ethnic origin. The skin color of Germans still determines the daily reality of life to a large extent. Starting with the follow-up question "Where do you originally come from?" and extending to discrimination in job and apartment searches and targeted police checks, People of Color in Germany are regularly confronted with conscious and unconscious racism. On the other hand, people with white skin color experience certain privileges that must be questioned and revoked.

Age: According to a survey by forsa. (Gesellschaft für Sozialforschung und statistische Analysen mbH), one in five people have experienced situations in which they were disadvantaged due to their age. In the professional environment, a common example is the absence of promotion due to a younger age, or the significantly decreasing chances of success on the job market with older age. As with the other core dimensions, generational diversity promises great added value to companies if it exists and is nurtured: Older people bring valuable experience to companies, while younger people are often more familiar with new technologies.

People with disabilites: By judging too quickly and superficially, the skills of people with disabilities are often underestimated. As a result, their chances in the job market are particularly low in comparison. Additionally, accessibility is not guaranteed in many buildings in Germany.

Gender: Although much has been done in recent decades to promote gender equality in Germany, especially at DW, existing inequalities are sometimes hard to believe: in 2019 only 1.9% of the CEOs of German listed companies were women. Among board members, there were more men with the first names Thomas, Michael and Stefan (together 83) than women (66). To a lesser extent, however, men are also sometimes socially disadvantaged, for example when it comes to stigmas in childcare. Recently, the inclusion of transgender and intergender people has become a more prominent topic.

Sexual Orientation: Lesbians, gays and bisexuals do not yet enjoy the same freedoms as heterosexuals in Germany. Only 12% of all homosexuals feel comfortable  openly expressing their sexuality at the workplace for example. A proven measure for companies for the inclusion of people of this diversity dimension is the establishment of networks in the company for homosexual employees.

Religion, worldview: Conflicts related to different worldviews have plagued mankind for thousands of years. Fortunately, these conflicts in Germany are now extremely limited and for the most part peaceful. Nevertheless, in recent years growing polarizations can be observed, especially between political ideologies. Respect for each other and for other perspectives is more important than ever, and companies are called upon to contribute to ensuring this respect.

Although the General Equal Treatment Act of 2006 aims to prevent and eliminate discrimination on the basis of gender, ethnicity, age, disability, gender, sexual identity or religion/belief, discrimination of this kind is still part of everyday life in Germany.