The Truth About Homeopathy?

DW-WORLD received numerous e-mails from readers describing their experiences using homeopathy that contradict a recently publicized scientific study that said such treatments were no more effective than placebos. 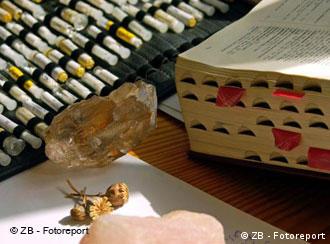 The report in "Lancet" has shaken up the homeopathic community

The following comments reflect the views of our readers. Not all reader comments have been published. DW-WORLD reserves the right to edit for length and appropriateness of content.

After an iatrogenic waterfall caused by the prescribing of two wrong meds together which hospitalized my son, I went to a homeopath (German born!). After a 3 hour intake interview, he said the symptoms would be resolved by chelation (natural food substances) and homeopathic remedies. And that it would take about four to five years. Just as he said, my son is well after a lot of hard work on all of our parts. The illness was OCD (obsessive-compulsive disorder). Tell the amazing Randi (a US illusionist who offered $1 million for proof that homeopathy works) to top that and keep his money where his mouth is. -- Nora G

I have used homeopathy for my child who is five years of age. He had delayed speech. He had not spoken till he was three year of age and I was told that homeopathy had a medicine that would make him talk. Today he talks so much that I have to ask him to keep quiet. -- niraja

After the recent article, Lancet's editorial conclusions about homeopathy defy logic. Are they saying that if someone selected 100 studies that showed no outcome of various allopathic medications that that proves that the whole of regular medicine doesn't work? It would be easy to find these studies! Such flawed conclusions about homeopathy come from serious bias verging on vindictive prejudice on the researcher's and Lancet's part. -- Harold B

I think that homeopathy can be an immune stimulator, and it is in that capacity that I have experienced its usefulness -- especially as a preventive against rhinovirus. The question becomes whether the placebo effect is also an immune stimulator in the same way. -- Elizabeth Krause, USA

I've suffered from severe seasonal allergies since childhood. Allopathic medicine was not able to help me -- in fact, I developed several side effects from having to take antihistamines, sinus decongestors, etc. Finally I decided to give homeopathy a try. It worked instantly. It also began reducing the severity of my allergies from year to year. I also give homeopathic remedies to my daughter and it works without giving her side effects from the over-the-counter allopathic cold meds. This is a health system that treats people as individuals, so it would be difficult to replicate it in a lab under controlled conditions where people cannot live in their own unique fashion. Does a lab study prove that God exists? I don't really care what the study says, who paid for it and what the motive is. The bottom line is: it works. -- Priya Alldis

Thank you for your informative article on homeopathy. I haven't used it intensively, preferring acupuncture and traditional Chinese medicine instead. However, I have used arnica montana, which is a remedy for muscle bruising and soreness, with surprisingly good results. The bruises healed two to three times more quickly with either internal or external doses. I've also used a couple of the Bach's flower remedies with success. These didn't work immediately for me (except for Rescue Remedy, which did) but were noticeably helpful. For myself, I found that short-term they were mild improvements, but within three weeks or so to have pronounced success. -- Ana Vargas, USA

Study: Homeopathy No Better than Placebo

Homeopathic treatment is no more effective than a placebo, the dummy substance used in medical trials, according to a study appearing in the British medical weekly, "The Lancet." (Aug. 26, 2005)