Oscar winning pop star Sam Smith has announced a pronoun change to they/them. They made the announcement on Twitter, thanking the transgender and non-binary community for support. 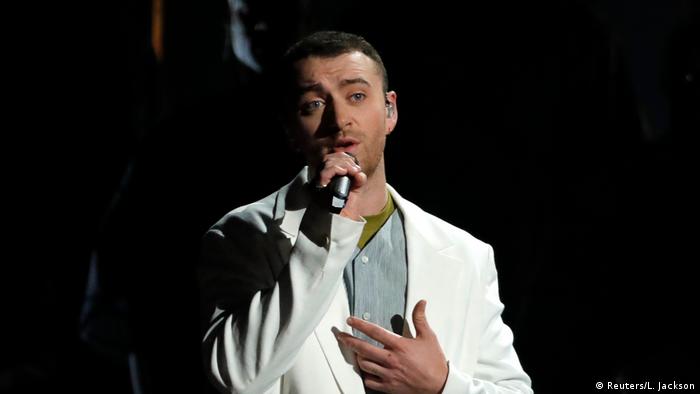 Pop UK star Sam Smith announced a pronoun change on Twitter on Friday. The Oscar winning singer will now be known as "they" and "them."

"Today is a good day so here goes. I've decided I am changing my pronouns to THEY/THEM after a lifetime of being at war with my gender I've decided to embrace myself for who I am, inside and out..." wrote Sam Smith.

Sam, who is from the UK went on to praise the transgender and non-binary community in a thread, thanking groups such as StonewallUK, Human Rights Campaign and Mermaids, as well as prominent activists including transgender activist and model Munroe Bergdorf for their support.

The announcement was met with thousands of supportive comments online.

The 27-year-old, who is listed as number 13 on Spotify with more than 43 million listens on the platform, walked the red carpet wearing high heels at last week's GQ Men of the Year Awards.

During the event they posted "I'd never ever ever be able to be myself like this in front of the industry or anyone."

Smith won an Oscar in 2016 for "Writing's on the Wall," from "Spectre" and has multiple Grammy Awards.

What is transgender and non-binary?

On Stonewall's website it states that transgender is "an umbrella term to describe people whose gender is not the same as, or does not sit comfortably with, the sex they were assigned at birth."

Non-binary is defined as "an umbrella term for people whose gender identity doesn't sit comfortably with 'man' or 'woman'. It can include people who identify with some aspects of binary identities, while others reject them entirely.”

Using an inclusive pronoun can help transgender and non-binary people feel more included in the language and in society. Human Rights Council, US a lesbian, gay, bisexual, transgender and queer civil rights organization, recorded that 2019 has already seen at least 18 transgender people fatally shot or killed by other violent means.

AP contributed to this report

007 fans can hardly wait for the new James Bond movie in November - but they can listen to the new theme in the meantime. Sam Smith just delivered the song for "Spectre." Here's a look at its iconic predecessors. (25.09.2015)