We're all living in a world of collateral hunger

In this essay contributed to DW's Weltzeit, Executive Director of the United Nations World Food Programme David Beasley explores the wider repercussions of the war in Ukraine on global food security. 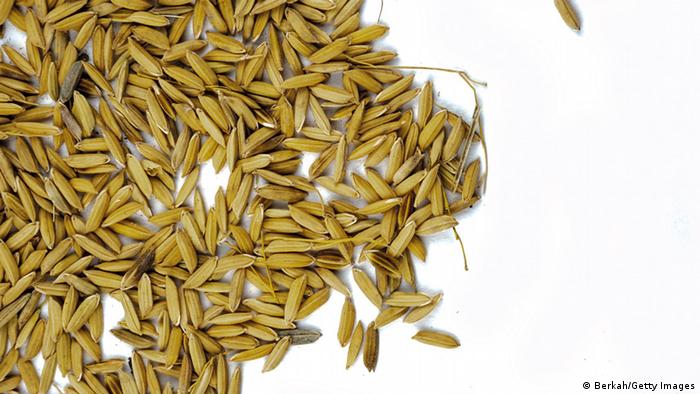 It might seem jarring to speak of markets when bombs are killing Ukrainian children, destroying hospitals and kindergartens, and burning families from their homes.

But the WFP knows from its work in nations scarred by conflict that marketplaces are key stabilisers in a troubled world. When a town marketplace is hit by a missile it kills store holders, customers, and suppliers. It destroys infrastructure and deters commerce. It wreaks havoc on supply chains that have been carefully forged over decades, and which ensure that food is brought as efficiently as possible from farm to table. It drives up prices as people seek to re-establish orderly supply, at much higher replacement cost.

This explains why the consequences of the war in Ukraine are sending a shockwave around the world in energy and food commodity pricing. But the impact of this violent disruption is all too real and is being felt on almost every table around the world. We're all in this together, from Yemen to Berlin to Los Angeles to Tokyo.

Rising food and fuel prices hurt the vulnerable the most. In Lebanon, before the Ukraine war, food prices had already risen by 570 per cent since 2020. Three quarters of its people now live below the poverty line and over 50 per cent depend on assistance. For people living hand-to-mouth, tiny increases in the cost of food have an outsized impact. Wheat prices, now at a 14-year high, will spike the prices of bread, pasta, and a bowl of cereal globally. Double the price of wheat, and the cost of that bowl of cereal either doubles – or you consume half as much.

A couple of months ago I was in Yemen. A collapse in funding meant that we were already slashing food for 8 of the 13 million people we feed there. Children were getting the equivalent of a bowl of cereal and now, unless we can find the cash in a Covid cash-strapped world, they'll be getting half a bowl of cereal. Before Ukraine, we were already taking food from the hungry to feed the starving. Now we'll be taking from the starving to share with the starving.

The war in Ukraine has also pushed other crises off the front pages. For example, food insecurity in Afghanistan is soaring, driven by the impact of decades of conflict, the economic crisis, and recurrent drought. Despite the eyes of the world being focused elsewhere, WFP remains on the ground to offer a lifeline for millions of people in Afghanistan and in dozens of other nations around the world. 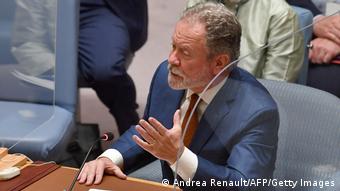 But our task is becoming ever harder. With grain ships due for the Middle East and Africa tied-up in Black Sea ports, and many months until Australia and Argentina plant extra crops to fill the gap in global supplies, painful price rises in an unstable market ultimately find their mark in the mouths of hungry children across the world.

The link between food and social stability, even in the most conflicted circumstances, is why the WFP was awarded the Nobel Peace Prize in 2020. In citing the fact that the WFP cultivates the conditions for peace, the Nobel Committee acknowledged an intuitive fact that we all feel – that people will do whatever is necessary to feed their families, be that gruelling work, migration, or going to war. Bread shortages and hunger have a well-researched role in igniting revolutions.

Moreover, a destabilised commodity market will certainly spark an ugly scramble to corner available grain for national interests, ignoring the consequences of destabilising poorer countries. Already battered by Covid, climate change, and often conflict, poorer countries are struggling the most to recover from the pandemic's economic fallout. About 60 percent of low-income countries are currently in debt distress or close, double that of 2015, including a hit-list of the world's most fragile states, like Lebanon, Sudan, and Yemen.

Yet what must not be forgotten in this new scramble is that we are our brother's keeper, not just for the sake of ordinary compassion, but because a stable market helps keeps inherently unstable countries on their feet. Wealthy nations also have an "interest" in that.

Yes, the WFP is all hands on deck in Ukraine and surrounding countries, dealing with the hunger fall-out of this war for people trapped in cities. But our work must continue for the hundreds of millions of those most exposed to starvation who live far away from Kiev. We must stabilise markets in order to preserve and promote peace in the deeply fraught countries in which we serve.

Our leaders have to acknowledge that food security is inextricably linked with social and political stability. Fighting hunger therefore requires not only sufficient funding to relieve immediate suffering, but also long-term investment to address its root causes and help prevent future crises.

If we do not act now, we risk multiplying and amplifying the instability already wrought by two years of Covid pandemic, by conflict, by the burgeoning effects of climate change, and now by the menace of runaway costs hitting a ring of fragile countries circling the globe.