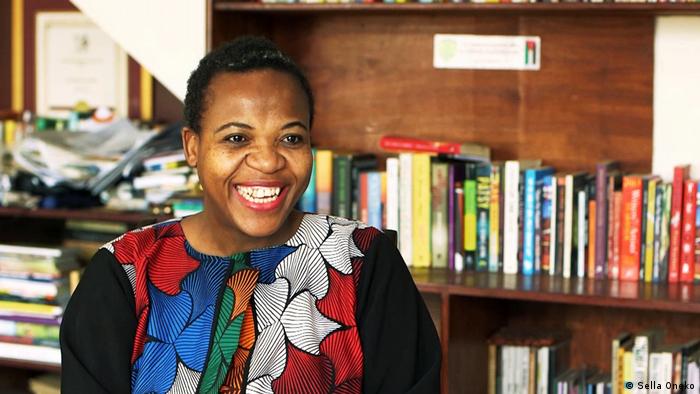 DW: This year's Nobel Prize for Literature was recently awarded to the Tanzanian writer Abdulrazak Gurnah, who has lived in the UK for many decades. How did you react to this particular choice?

Zukiswa Wanner: I think it was a brilliant if surprising choice. Gurnah is that writer who has worked at his craft quietly and produced a lot of work, and is perhaps proof that the work rather than public acknowledgements will speak for itself when it matters most.

Apart from being a successful and well-known author in South Africa and beyond, you also curate a literary festival and have attended many yourself. What do you wish to gain from such a festival?

Writing, unlike other art forms, is very much a solo art. When I, and I suspect many other writers, go to literary festivals then, I think of it as a chance to commune with the audience, old and new - as well as, very importantly, engage with a tribe of fellow writers.

Through the discussions with other writers usually over breakfast or late night drinks, I learn about new advances in the industry, books to read and important contractual information in relation to publishers.

How can literature festivals help to raise awareness for social problems and contribute to remedying them?

I think the primary job of writers is to be artists. Their biggest contribution to the world and to themselves is to execute their art as well as they can. If that work does happen to also speak to social problems, then that’s well and good, too ß but only if they choose to.

From the outside, circles of literary communities can often feel elitist. How can access to literature be facilitated to broader audiences? How can especially younger audiences and different demographics become attracted to literary festivals?

I wonder why that is. Writers are some of the most approachable artists I know. In fact, as a writer I tend to show off to writers whenever I hang out with artists, friends in other fields like music, dance or theatre. I wonder whether the idea of literary communities may stem from the idea of writers as 'thought leaders' (which is a heavy burden for many of them to bear) rather than storytellers just like musicians, painters, dancers, filmmakers and other art forms?

In many countries, books certainly also cost less than other art forms to access, so I am curious about the elitism of this most pedestrian of art forms where the only tool that its creator needs is a pen and paper or - if 'elite' - a laptop? That said, part of my curation has been something called Artistic Encounters, where I always match literature (prose or poetry) with other art forms, be it dance, music, painting or acting so that people can actually see that stories are just stories are just stories. In my non-writing, literary activist life, I work with children in low-income and rural areas to adapt and perform some of their favorite stories in children's literature from some writers from Africa.

How can societies learn to benefit more from literary and other cultural festivals?

Someone, I forget who now, once said the histories of nations are told through its storytellers and I really believe this to be true. Through stories, I have learnt about countries and people I may never encounter in person, and have confronted my prejudices and unlearnt some deeply flawed things I believed in. This, then, is literature's gift to the world: To keep us questioning, to keep us hoping, to show us possible failures so that we avoid those mistakes.

When people say writers are prophetic, I think it's not true. It really is just that they engage with history and are able to then get an idea of what the results from certain actions can be. And this is only because they, too, are human. Part of the reason autocratic governments talk about scrapping humanities in schools and tax works of fiction is because they do not want an audience that reads because reading people are people who question.

According to PEN International and other associations, the number of authors exposed to threats and bodily harm is growing worldwide, especially in autocratic countries. How can we better protect free thinkers, writers, artists?

I think the greatest way to protect thinkers and artists is to have more of them. If we have only one Tsitsi Dangarembga or Wole Soyinka or Stella Nyanzi, it's easy for any autocratic government to arrest them. However, if there are so many of us speaking up for what is wrong, if speaking up becomes organic in our societies, we will have won against the system. They can never arrest us all. 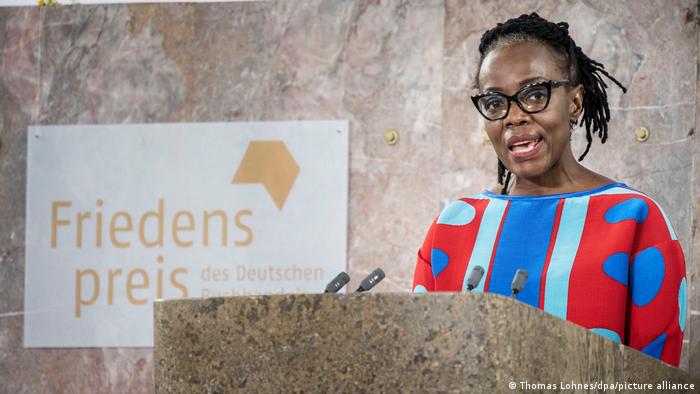 Tsitsi Dangarembga was awarded the Peace Prize of the German Book Trade 2021 in Frankfurt, Germany

What amount of politics and taboo topics should be included in author readings and talk shows, in your personal view?

I think the amount of taboo topics or politics should be dependent on how much of it is in the author's work. It's lazy moderating for anyone talking to me about my novel "Men of the South" for instance, to ask me about Cyril Ramphosa or Helen Zille or any South African politician for instance, when my book is not about them.

That said, a good moderator would realize that everything is political and can bring a question about the dangers of patriarchal expectations to men, for instance. That would be a question I would engage with with pleasure, as it speaks directly to the text.

How much courage and skill does it take to present so-called 'difficult' topics or authors? Have literature festivals also come under pressure to budge in this regard?

I personally don't find it difficult, and if some literature festivals have come under pressure, I am unaware of that. And the reason for this is the statement you posed earlier: That literary festivals are regarded as elitist. If literary festivals are regarded as elitist and books are believed to be for the elite, politicians then tend not to feel threatened because the majority of the electorate are perhaps not getting access to books. 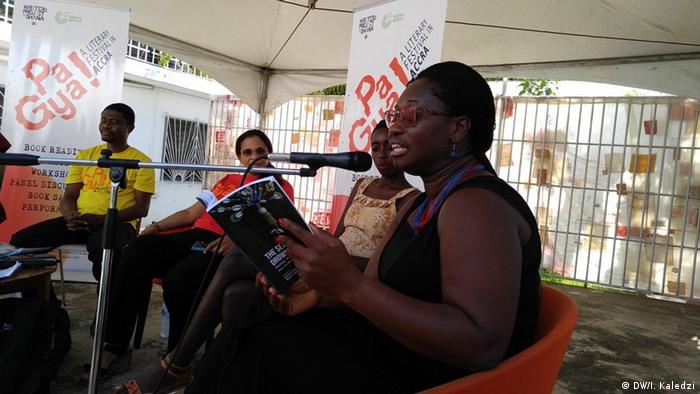 If you could just imagine for a moment: What should the literature festival of the future look like?

I have just come back from Pa Gya, a literary festival in Accra, and I seriously believe that the literary festival of the future will be something like what I just experienced there. A combination of virtual and physical on the part of both the festival participants and their audiences. In this way, I imagine literary festivals will be able to reach audiences that they wouldn't normally be able to access because of travel issues or other reasons.

Zukiswa Wanner is a South African writer, editor, and publisher born in Zambia, raised in Zimbabwe and currently based in Kenya. She considers the whole of the African continent her home. In 2020, she was awarded the Goethe Medal, making Wanner the first African woman to win the prestigious award.

Tsitsi Dangarembga: 'There is no freedom of expression' in Zimbabwe

The Zimbabwean author and filmmaker receives the Peace Prize of the German Book Trade. She told DW about the issues affecting literature in her home country.

On June 20 and 21, 2022, the next DW Global Media Forum will explore opportunities to foster resilient journalism in times of crisis and capacitate civil societies for the future.