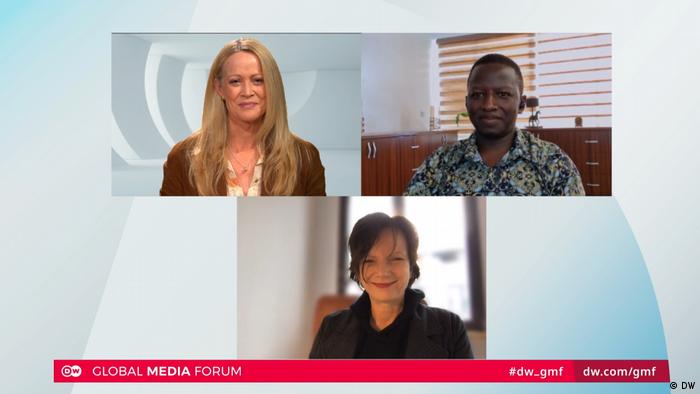 The DW Global Media Forum has launched the cultural arm of its 2022 theme "Shaping tomorrow, now" with voices from the arts community, the film industry, music festivals, literature events and publishing houses from, discussing ideas and impulses for an inclusive future that arches from one discipline to another.

Innovations in the digital revolution have already transformed societies around the globe on a grand scale, influencing the lives of every last individual. Creative minds and media representatives alike also get to experience these developments firsthand in their daily work - perhaps even more so than others: With freedom of expression being under threat in many countries, digital platforms often serve as the only remaining realm for many to share thoughts and ideas while navigating their way around censorship. 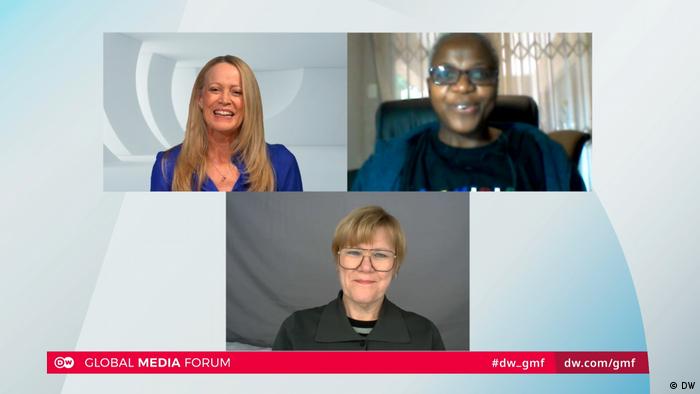 Connecting artists and creatives around the globe

The role of artists as observers, visionaries, pioneers of innovation as well as critics is therefore constantly being reinvented in the digital age.

Our new format "Arts dialog" wants to address this constant state of change, aiming to bring together artists from disparate parts of the world to engage in a cultural exchange of this new digital age.

In its first three episodes, our host and moderator Karin Helmstaedt facilitates such tandem between professionals in the art from Europe and Africa. Together, they explore views on how the role of the artist is shifting in turbulent times. 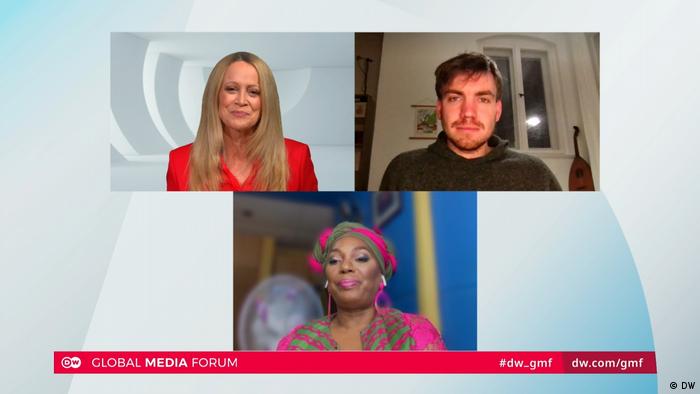 In our first edition, Steven Walter, the new artistic director of Beethoven Festival in Bonn, Germany, and Yeni Anikulapo-Kuti, cultural director and founder of Felabration Festival in Lagos/Nigeria, which is named after her father, the Afrobeat pioneer and human rights activist Fela Kuti, discuss the importance of using music as a timeless conduit to address the challenges that change processes bring about.

"Music is the weapon of the future, we need to use music for speaking truth to power," Yeni Kuti told DW's Karin Helmstaedt.

Yeni Anikulapo-Kuti is a Nigerian businesswoman, dancer and journalist. Her grandmother was the Nigerian women's rights activist Funmilayo Ransome-Kuti. Her father was Afrobeat founder and political activist Fela Kuti. To commemorate her father's legacy, she founded the music festival Felabration in 1998, which celebrates the life and contributions of her father Fela Kuti to Nigerian society. 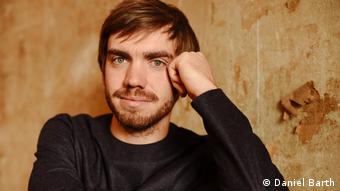 In November 2021, Steven Walter became artistic and managing director at Beethovenfest Bonn, Germany. He is a cultural entrepreneur and cellist. He studied the cello in Norway and Germany and has performed as soloist and chamber musician at many venues in Europe and the US.

In recognition of his work, he has received the prestigious ECHO Klassik Award and many more.

Meanwhile, Kenneth Gyang from Nigeria and Sabine de Mardt from Cologne, are both film directors, who look at the medium of film as a means to foster greater support of human rights. Gyangs film Òlòtūré shocked audiences in Africa, Europe, the Americas and the Middle East with its unflinching exploration of human trafficking. The film was inspired by the work of investigative journalist Tobore Ovuorie who won the DW Freedom of Speech Award  in 2021.

German director Sabine de Mardt gave Netflix its most successful reboot of a non-English-language series to date with her hit series The Barbarians, which chronicles a dramatized version of events surrounding the Roman conquest of parts of present-day Germany two millennia ago, which later became known as the battle of the Teutoburg Forest.

Both film directors discuss how streaming platforms have revolutionized the film industry worldwide, helping the cause of freedom of expression as well as furthering overall cultural exchange and educational development around the globe. 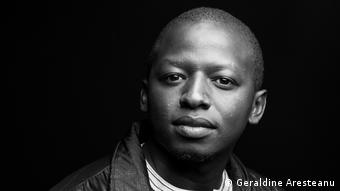 Kenneth Gyang has gained international recognition with his works appearing at film festivals in Los Angeles and Berlin, among many others. Released in 2019, Òlòtūré swiftly became one of the most successful crossover Nigerian titles on Netflix.

Sabine de Mardt is the President and Executive Producer of Gaumont GmbH, a subsidiary of the French Gaumont S.A. In addition to her runaway success The Barbarians, she has also received important German media awards such as the "Grimme-Preis," "Romy-Award" or "Deutscher Comedypreis."

Finally, writer and publisher Zukiswa Wanner from South Africa and Helga Frese-Resch, Director of International Publishing at Kiepenheuer und Witsch in Cologne, Germany discuss the role that literature continues to play in fostering critical thinking in polarizing times, and how access to literature can be made easier for all people.

Both agreed that the publishing industry is entering a new era, where there is a growing need to use new outlets and move away from traditional, book fairs, which Frese-Resch described as an old-fashioned distribution method. Wanner meanwhile stressed in that digital festivals have been enjoying huge success, helping to undo intellectual silos that have become the epitome of the publishing industry.

Zukiswa Wanner is a South African writer, editor, and publisher who was born in Zambia, raised in Zimbabwe and currently resides in Kenya. She considers the whole of the African continent her home. 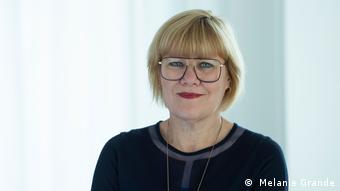 Helga Frese-Resch is the Director of International Literature at the publishing house Kiepenheuer und Witsch in Cologne, Germany, also know as KiWi publishers.

She has worked in the editorial department since 1997, overseeing the translation of works by international authors such as Julian Barnes, Zadie Smith, David Foster Wallace and Nick Hornby.

Steven Walter to direct the Beethovenfest

A German-American in his mid-thirties, visionary music manager is to become the Beethovenfest Bonn's new artistic director in 2022.