Following allegations of antisemitism against some DW employees and distributors, the general management developed a comprehensive action plan and presented the status of implementation to the Broadcasting Council today. 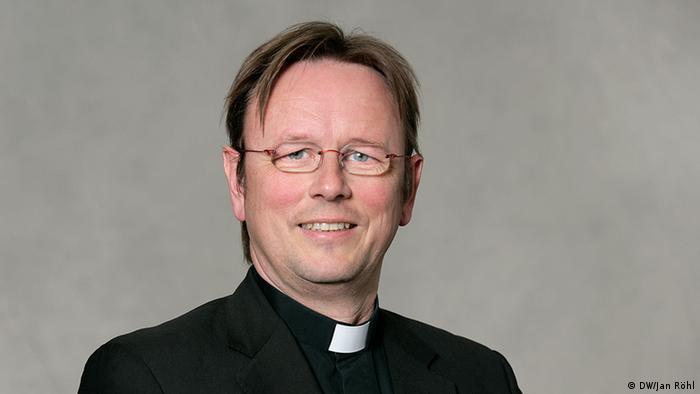 The comprehensive action plan was presented to DW committees and the public in early February.

DW Director General Peter Limbourg emphasized that such measures are intended to position DW in a manner "that will hopefully take the need away for any accusations of antisemitism thereafter and that leaves no room for doubt about the values DW stands for – namely freedom and dialogue, understanding and openness to the world. The Board received the Director General's report on the measures already implemented and planned.

"The Broadcasting Council welcomes how decisively and seriously DW is implementing the very comprehensive package of measures. We are confident that this process will have a lasting effect," said Broadcasting Council Chairman Prelate Karl Jüsten. "The Broadcasting Council supports the management on the path it has taken, which is intended to rule out cases of antisemitism in the future. The severance of employees who had made unacceptable statements shows that DW is determined to leave no room for antisemitism. With the existing formats and points of contact at DW, there will be no need to discuss any possible future misconduct via media reports."

"Duty of care to employees"

The board also addressed personnel measures implemented by the management in connection with the antisemitism allegations. Peter Clever, Chairman of DW's Administrative Board, said, "The staffing measures adopted were adequate, purposeful and in line with the recommendations of the independent investigation commission. DW also has a duty of care to its employees here."

With respect to the ongoing evacuation of former reporters and family members of DW editors from Afghanistan, the Broadcasting Board acknowledged the outstanding, personal and overall commitment of the Director General to evacuate DW-related individuals still in Afghanistan.

DW's art collection was also discussed in the Broadcasting Council's meeting. Director General Peter Limbourg explained to the board that DW had added around 20 works by renowned African artists to the collection of 386 works that has existed since the 1960s between 2016 and 2022. These works will be exhibited at the broadcasting house in Bonn starting Monday, June 20. This also marks the end of the expansion of the collection.

Thecomposition of the Broadcasting Council had changed to some extent in recent months. During the meeting, Prelate Jüsten welcomed the newly appointed members of the board: Claudia Roth, German MP and Minister of State for Culture and Media; Katja Keul, German MP and Minister of State at the Federal Foreign Office; Dr. Bärbel Kofler, German MP and Parliamentary State Secretary to the Federal Minister for Economic Cooperation and Development (all nominated by the Federal Government); Sibylle Spoo, Head of Division at the ver.di trade union (nominated by the top trade union organizations); and Torsten Burmester, Chairman of the DOSB Executive Board (nominated by the German Olympic Sports Confederation). In his address, Jüsten also thanked the outgoing members for their dedication to working for a strong international broadcaster from Germany.

Excerpt from the Director General's report to the Broadcasting Council

In their investigation report in January 2022, antisemitism commissioner of the state of North Rhine-Westphalia and former Federal Minister of Justice Sabine Leutheusser-Schnarrenberger and psychologist Ahmad Mansour concluded that misconduct on the part of individual employees occurred, but that there was no antisemitism in DW's journalistic programming.

To prevent this from happening in the future, an "Antisemitism/Jewish Life/Israel and the Palestinian Territories" competence team was established in March. This team oversees the quality of programming on these topics and provides advice and support to editors – and to staff in other areas, as needed. In addition, the competence team will develop targeted program proposals in the medium term.

DW's Code of Conduct was sharpened and made more binding with the participation of the staff council. It now explicitly states that DW will not tolerate any form of antisemitism, racism or discrimination such as sexism, either in its dealings with employees or in the services it offers. "Zero tolerance" applies to seditious, punishable behavior such as and in particular the denial or relativization of the Holocaust. Boundaries for statements and the behavior of employees are also more clearly stated. The revised version of the Code of Conduct will be forwarded to all active employees; their confirmation of receipt is required.

In order to strengthen risk management in business relationships and to communicate its values more concretely here, DW has introduced comprehensive third-party risk management. Special screening mechanisms have been developed for sales-related business relationships. In addition, the decision on whether or not to enter into contractual negotiations is placed on a broader internal basis.

For the purpose of prevention, DW is expanding its recruitment process for job applicants. Values-based recruiting and extended checks during the hiring process will provide an improved assessment prior to hiring in the future. Appropriate training courses are available for managers and other DW recruiting staff. They also address the role and responsibility of managers in the selection processes. The topic of recruiting is also integrated into the management onboarding process.

Management training and antisemitism awareness training have been carried out in cooperation with the Anne Frank Educational Center. Initially, around 200 people will be required to attend by mid-July. The format provides an overview of current debates, definitions and historical references on the topic of antisemitism in Germany. It also offers opportunities for (self-) reflection based on (journalistic) texts and images and draws on DW Editorial Guidelines as a basis.

New definition of antisemitism for DW

DW has agreed on a definition of antisemitism and will communicate this internally on a mandatory basis. In doing so, DW is guided by the International Holocaust Remembrance Alliance's (IHRA) working definition of antisemitism. Detailed consultations with the following external experts took place in advance: IHRA Secretary General, Federal Government Commissioner for Jewish Life in Germany and the Fight against Antisemitism, Competence Center for Prevention and Empowerment, Amadeu Antonio Foundation, and Anne Frank Educational Center.

The definition includes recognition of Israel's right to exist and rejection of Holocaust denial and relativization. Based on this definition, Programming, Sales and DW Akademie have formulated specific derivations for their respective work. 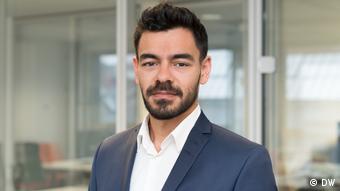 DW will establish new dialogue formats with partners in the MENA region. Participants from the MENA region are again expected to attend DW's Global Media Forum on June 20-21 in Bonn, including distributors and other business partners of DW and DW Akademie.

Deutsche Welle: Presentation of the investigation report of antisemitism allegations

In a special meeting of the governing bodies of DW and subsequent press conference, an independent commission of experts today presented the results of its two-month investigation into allegations of antisemitism.