Who we are / Figures

On Instagram, DW's Persian language service reached 27 million views in September, an increase of more than 300 percent compared to its monthly reach in the first half of the year. 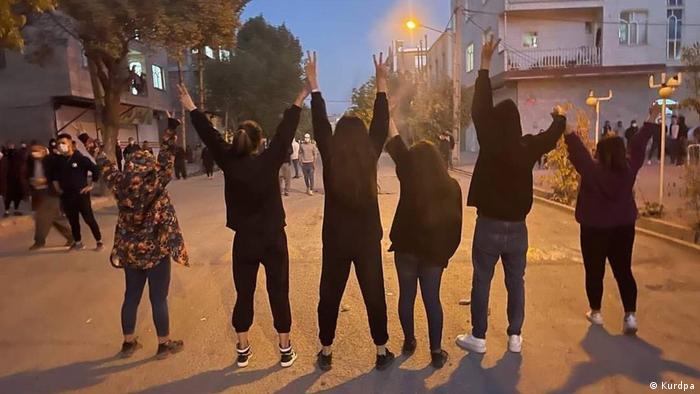 Instagram was freely accessible in Iran until mid-September 2022, and DW content was widely used, with more than 27 million views in September alone. This is more than triple the average number of monthly views from before the protests began in Iran following the violent death of 22-year-old Jina Mahsa Amini: In the first half of the year, monthly views on Instagram averaged around 8 million, making it the most important social media platform for DW's Persian service, which now has more than 1.6 million followers. Access to the platform was later blocked.

"People in Iran are currently risking their lives when they take to the streets, not only when they protest, but also when they document the protests. The regime is trying everything to prevent the world from seeing these pictures. Internet shutdowns and blocking Instagram are just one means to do so. But none of this stops the largely tech-savvy Iranians from continuing to film, using proxy servers and censorship circumvention tools to access our content and channels, and uploading their content for us as soon as possible," says Yalda Zarbakhch, Head of DW Persian Service. "It is our task and journalistic obligation to classify this flood of images, videos, testimonies of relatives of killed or imprisoned protesters or forced confessions and incorporate them into our reporting as a counter to state propaganda and disinformation from Iran and state news agencies."

DW's multimedia Persian services (text, audio and video) attract around 2.5 million user contacts per week, the majority of which come from Iran. Due to censorship regulations in the country, users generally use proxies to conceal their origin.

In the first half of 2022, DW Persian online offerings reached an average of 17.3 million user contacts across all platforms. Around 11.3 million of these were reached on social media, six million of them through DW's own offerings.

Visits via the censorship circumvention tool Psiphon account for around 9 percent of total traffic on the DW Persian website in the first six months of 2022. Usage on the website in September has remained stable.

Government censorship of the internet is a persistent threat to freedom of expression. Since 2012, DW has been utilizing the bypass tool Psiphon to allow access to blocked content from DW and other platforms.